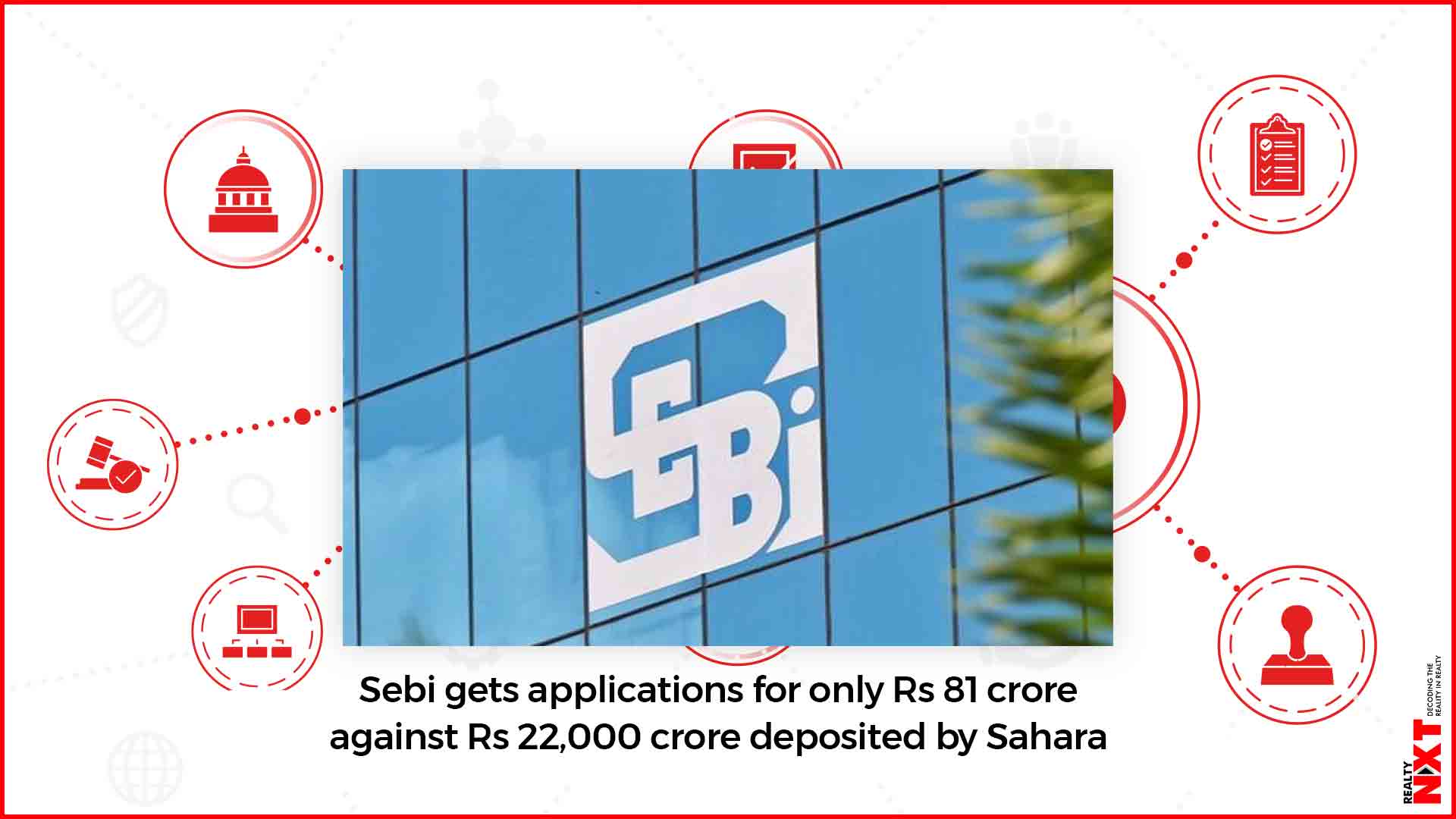 This was stated by Minister of State for Finance Anurag Thakur while answering a question in the Lok Sabha on Tuesday.

After a final call for refund, Sebi has got applications for only Rs 81.30 crore out of a total of Rs 22,000 crore (with interest) of Sahara’s money deposited with the market regulator.

This was stated by Minister of State for Finance Anurag Thakur while answering a question in the Lok Sabha on Tuesday.

Sahara has been saying that it has already repaid most of the investors and this money is a double payment which they are depositing to honour the order of the Supreme Court.

In the latest advertisement issued by Sahara on completion of its 42 years, the group has said that as per the orders of the Supreme Court, the remaining amount will eventually come back to the company.

The case relates to OFCDs issued by two companies of Sahara group in 2008 after taking approval from the Ministry of Corporate Affairs, while in 2010, Sebi claimed that this fell under their jurisdiction which was challenged by Sahara.

Thakur said in his reply that after giving four advertisements in newspapers across the country, in it’s last advertisement dated March 26, 2018 and June 19, 2018, Sebi informed investors that no application would be accepted and entertained after the cut-off date of July 2, 2018.

Pursuant to this last call and final opportunity for investors to claim refund, Sebi had received 19,560 applications in total involving 53,361 original bond certificates/passbooks for an aggregate principal amount of Rs 81.30 crore.

Sebi made refunds with respect to 14,146 applications involving 39,499 original bond certificates/passbooks for an aggregate amount of Rs 109.86 crore (i.e. Rs 58.52 crore as principal and Rs 51.34 crore as interest) and received applications for Rs 81.30 crore only.

Thakur also stated in his reply that as per the Supreme Court order dated August 31, 2012, Sahara group had deposited an amount of Rs 15,448.67 crore to Sahara Sebi Refund Account as on February 1, 2020.

Further, a cheque of Rs 41.59 crore with respect to a property in Vellore, Tamil Nadu, was produced before the Supreme court on January 24, 2020.