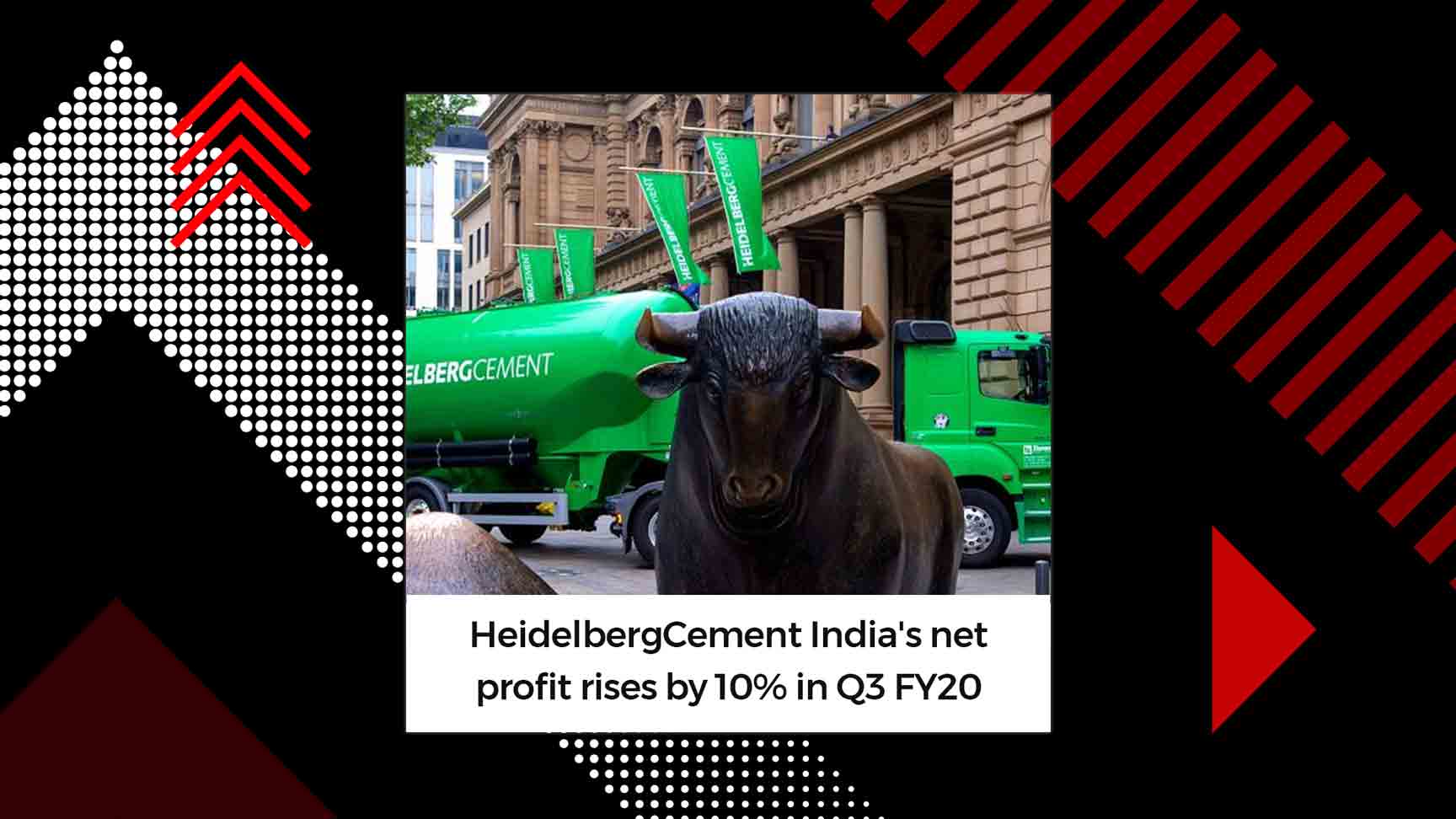 Sales volume dropped by 5.4 per cent to 1,223 kilotonnes from 1,294 kilotonnes in the same period, said the subsidiary of Germany’s HeidelbergCement.

HeidelbergCement India said on Thursday its total income during the third quarter of current fiscal (Q3 FY20) fell by 3 per cent to Rs 5,485 crore compared to Rs 5,639 crore year-on-year.

Sales volume dropped by 5.4 per cent to 1,223 kilotonnes from 1,294 kilotonnes in the same period, said the subsidiary of Germany’s HeidelbergCement.

A decline in petcoke prices and increase in power generation from waste heat recovery systems helped to keep the costs under control.

The cement producer added that de-bottlenecking work at its grinding mills at Imlai in Madhya Pradesh and Jhansi in Uttar Pradesh is expected to be completed by the end of March.

“The capacity utilisation in central India plants is nearing 100 per cent. The debottlenecking projects will increase the production capacity, improve operational efficiency and profitability,” the company said in a statement.

Slow economic growth in the country and liquidity situation may affect cement and other sectors, it added in the future outlook.