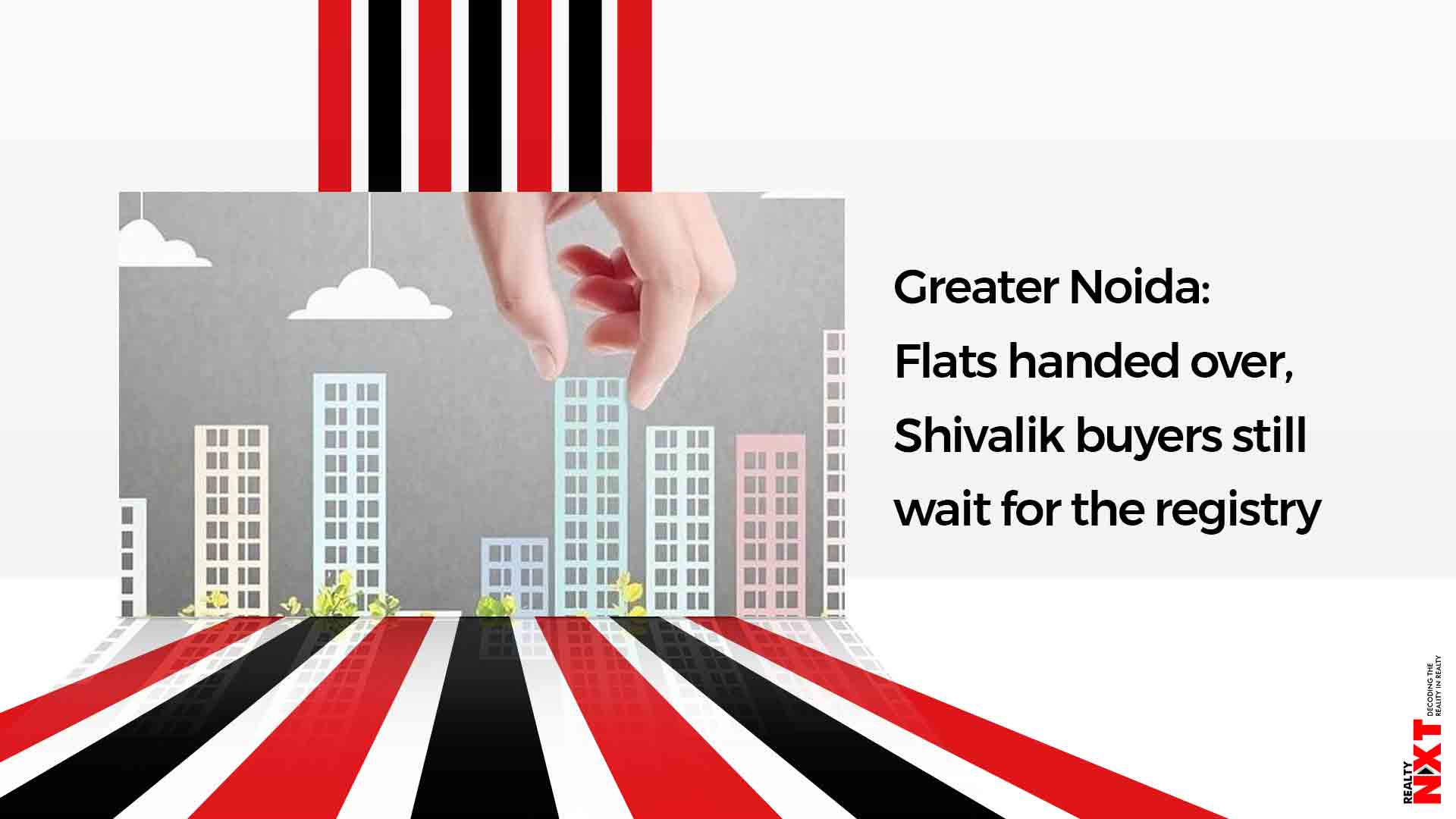 Around 400 residents of Greater Noida’s Shivalik Homes are clueless about when they may finally be able to register their flats as despite offering possession, the builder has still not procured occupation certificate (OCs) and completion certificate (CC) for the project from the Noida Authority.

The builder has dues to the Authority as well as financial debts to the banks. The residents have recently filed police complaints alleging that their repeated appeals with the builder have gone unheard. The project is located at Surajpur Site C Housing Extension under Uttar Pradesh State Industrial Development Corporation (UPSIDC).

According to a homebuyer, Himanshu Shekhar, the future of the ownership of flats looks bleak.

“I booked my flat in 2016 and have been living here since June 2017, but there is no OC, CC and registry of the flats. The builder is charging hefty amount for maintenance at the rate of Rs 2.50 per sq ft, but there is not even a club or swimming pool in the society. The upkeep of the society is also inadequate,” Shekhar said.

Other residents of the housing society also maintained that their flats are not registered.

“I booked my flat in 2013 and have been living here since 2016. So far, we have not been given OCs or CCs and the flats are not registered. The club and swimming pool have not been handed over by the builder,” said another resident Ashish Kharwade.

“I also booked my flat in 2018 and have been living here since that time. There are issues related to OC and CC. We have recently been informed about the financial situation of the builder and we don’t know what the future holds for us,” said Rupesh Singh.

The residents claimed that they have been holding protests against the situation as well, however, nothing seems to work.

“We are continuously facing the brunt of the security and housekeeping staff who go on strikes for non-receipt of dues. We have been staging protests, but to no avail,” Shekhar added.

Commenting on the situation, the builder’s representative for Shivalik Homes, Kalpanath Singh said, “Our land is acquired from UPSIDC and the completion has to be done through them. We are working on it and will soon get it done. We request the buyers to be patient.”