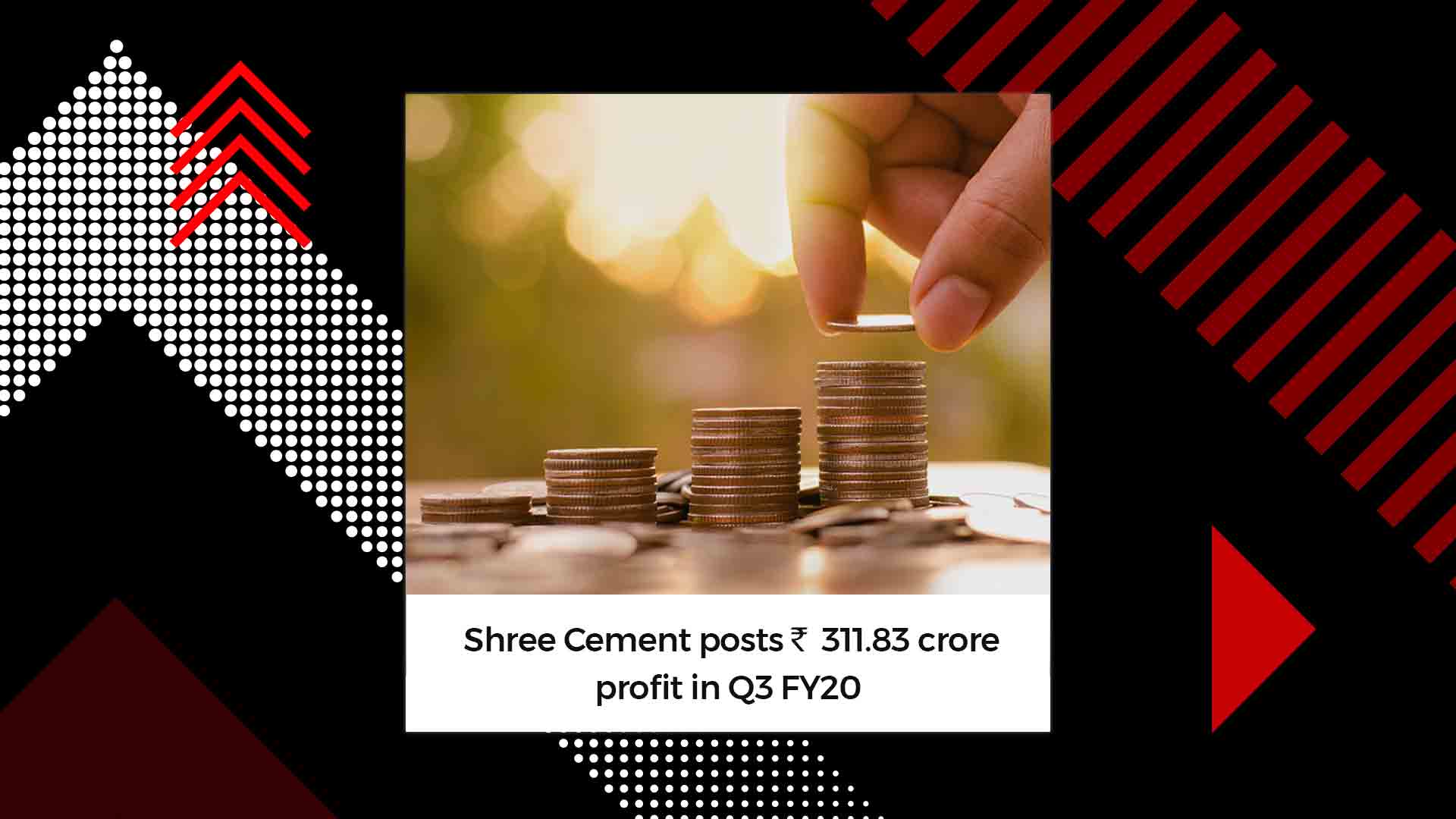 Its total income was at Rs 3,211.65 crore during the quarter under review.

Shree Cement Ltd on Friday reported a consolidated net profit at Rs 311.83 crore for the third quarter ended December 2019. The company had posted a net profit of Rs 329.83 crore in the October-December quarter a year ago, Shree Cement said in a BSE filing.

Its results are not comparable as it had acquired majority stake in Union Cement Company (UCC), a United Arab Emirates (UAE) based Company on July 11, 2018 through its wholly owned subsidiaries. It had also acquired 100 per cent stake in Raipur Handling and Infrastructure on May 14, 2018 and include results of these companies for entire period.