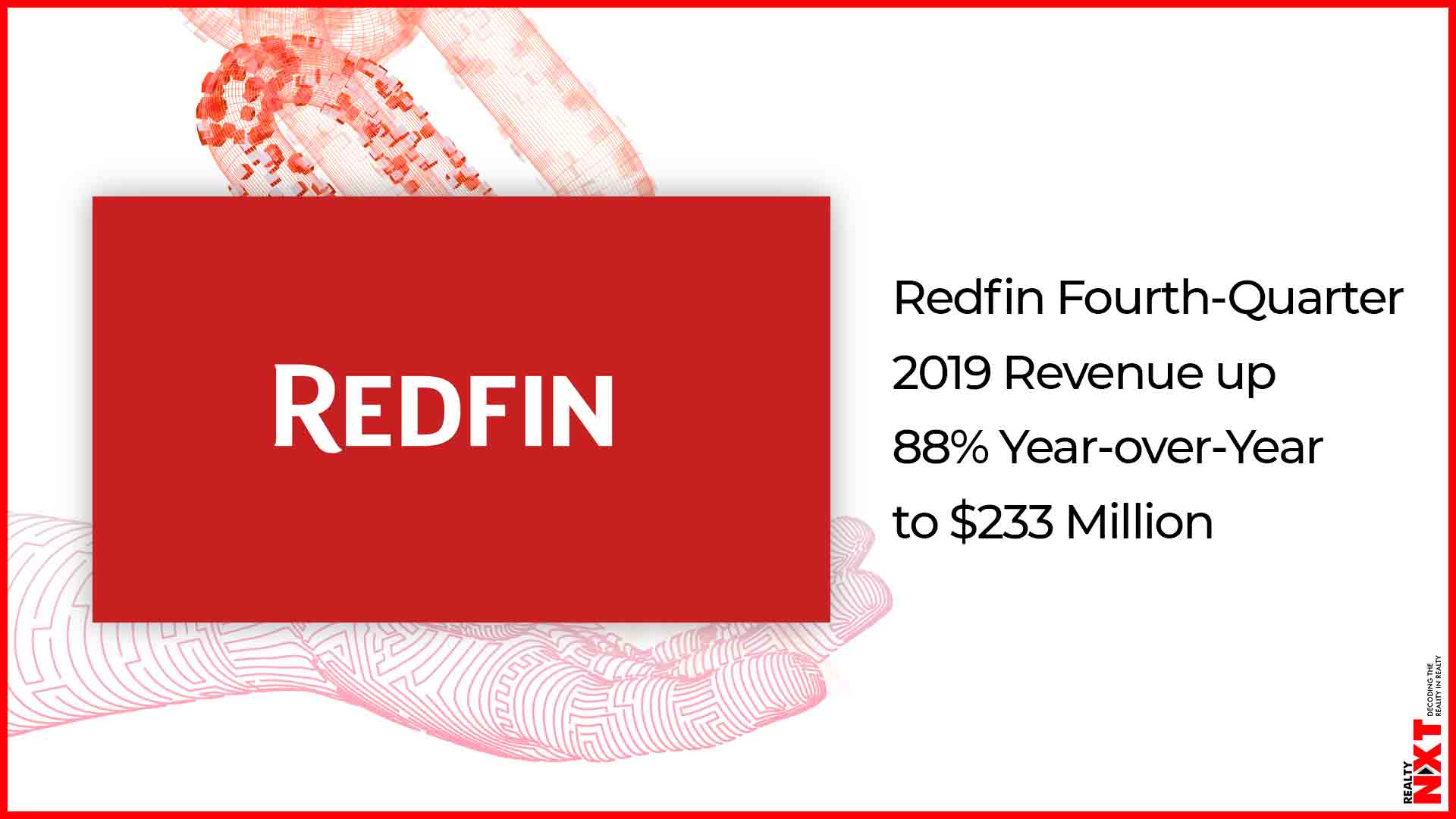 Real estate services gross profit was $42 million, an increase of 51% from $28 million in the fourth quarter of 2018.

Redfin Corporation (NASDAQ: RDFN) today announced financial results for the fourth quarter and full year ended December 31, 2019. All financial measures, unless otherwise noted, are presented on a GAAP basis and include stock-based compensation as well as depreciation and amortization expenses.

“This was the fourth quarter in a row that our real estate services revenue growth accelerated, and the second quarter in a row that gross margins improved in every segment of our business,” said Redfin CEO Glenn Kelman. “Our multi-year investments in a broader solution for our customers that includes mortgage, title, renovations and instant offers are really starting to pay off, but what’s most important is that we’ve been able to grow while maintaining our commitment to efficiency, so customers get low prices and Redfin can generate more gross profit.”

We calculate the aggregate value of U.S. home sales by multiplying the total number of U.S. existing home sales by the mean sale price of these homes, each as reported by the National Association of REALTORS®. We calculate our market share by aggregating the home value of brokerage and partner real estate services transactions. Then, in order to account for both the sell- and buy-side components of each transaction, we divide that value by two-times the estimated aggregate value of U.S. home sales.

Business Outlook
The following forward-looking statements reflect Redfin’s expectations as of February 12, 2020, and are subject to substantial uncertainty.

For the first quarter of 2020 we expect:

About Redfin
Redfin is a technology-powered residential real estate company. Founded by software engineers, we run the country’s #1 most-visited brokerage website and offer a host of online tools to consumers, including the Redfin Estimate. We represent people buying and selling homes in over 90 markets in the United States and Canada. Our mission is to redefine real estate in the consumer’s favor. In a commission-driven industry, we put the customer first. We do this by pairing our own agents with our own technology to create a service that is faster, better, and costs less. Since our launch in 2006 through 2019, we have helped customers buy or sell more than 235,000 homes worth more than $115 billion.