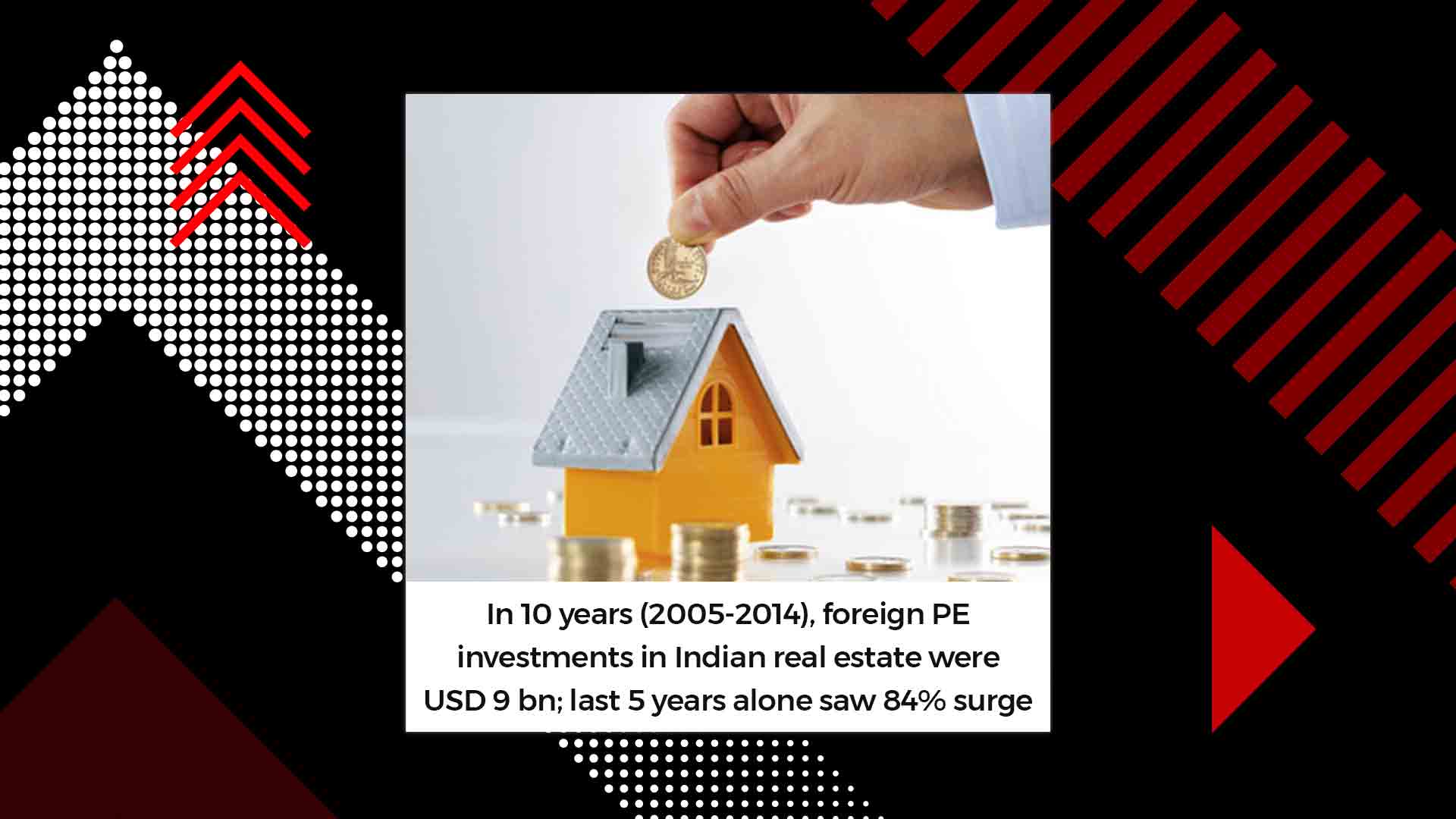 While the pre-Modi era witnessed sizable foreign investments, a major portion of these came post 2014.

Since 2005, when restrictions on FDI in real estate were lifted, the India realty sector has received more than USD 25 bn worth of equity investments from foreign investors. While the pre-Modi era witnessed sizable foreign investments, a major portion of these came post 2014.

The period between 2005 and 2014 saw investments of USD 9 bn, while the past five years saw a remarkable 84% increase – that too in half the number of years. Most post-2014 investments were in income-yielding assets – largely office, followed by retail projects.

However, post 2008, most funds withdrew from India because there were limited exit opportunities. In the ensuing 6 years, only USD 3.4 bn worth of investments came into Indian real estate – most of them in 2014.

The momentum restarted from 2014 onward. In next five years, Indian real estate received USD 16.6 bn worth of foreign investments. In this period, investor focus remained largely on big-ticket income-yielding commercial and retail assets – 72% in aggregate. This period also saw the entry of significant Canadian pension funds into Indian real estate, either directly or through platform deals with Indian counterpart.

In 2020, we expect the funding focus to remain on Grade A income-generating assets along with last-mile funding opportunities in residential projects. A few Japanese investors / corporates have been evaluating Indian real estate investment options and we can expect them to get into gear in 2020, along with pension and insurance funds.

These funds are inherently patient and come with longer investment tenures. As such, they will play a significant role in providing the long-term solutions Indian developers now need. In fact, 2020 promises to be an action-packed year for Indian real estate funding.