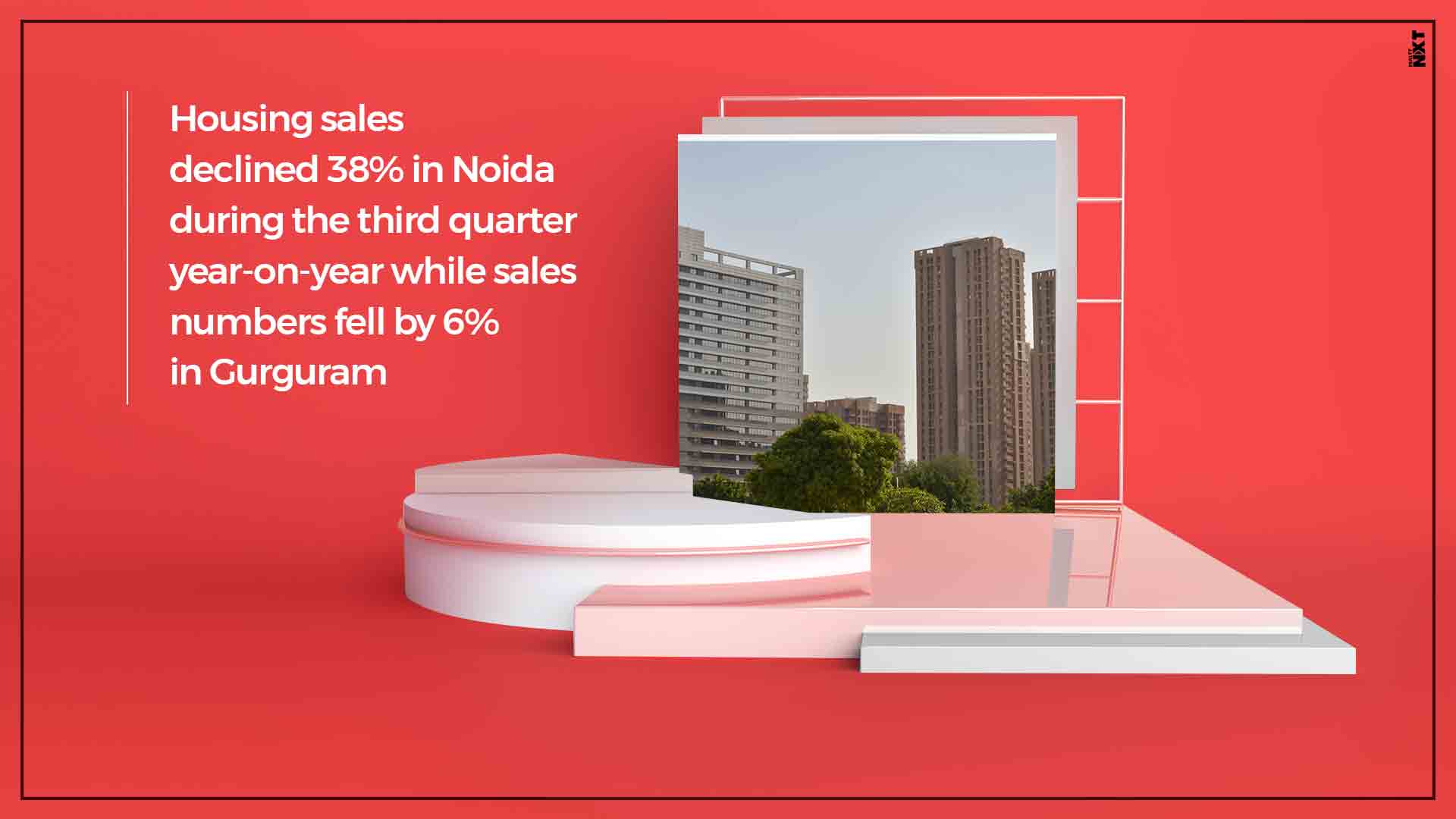 A demand slowdown has resulted in real estate developers in the national capital region accumulating unsold housing stock worth over Rs 77,000 crore, a study by real estate portal PropTiger.com shows.

According to the numbers available with the Elara Technologies-owned real estate advisory portal, developers in Noida and Gururam markets were sitting on a combined unsold stock comprising over one lakh units at the end of 2019.

The study indicates that sales in both the markets declined during the period between October-December 2019, despite a low interest rate regime, higher tax deductions and availability of ready-to-move-in homes.

Taking stock of the NCR housing market in Q3 FY ‘20

Housing sales declined 38% in Noida during the third quarter year-on-year while sales numbers fell by 6% in Gurguram. In terms of launches, Gurugram witnessed a y-o-y fall of 74% while Noida saw launches decreasing 61% when compared to the same period a year-ago.

“Project delays, instances of big developers going insolvent and the NBFC issue, to name a few reasons, have adversely impacted NCR real estate. We expect the negative buyer sentiment towards the market to change as the apex court has passed decisive judgments in the Amrapali, Jaypee and Unitech cases. Various tax benefits offered by the government to promote affordable housing also gives us reason to believe a recovery might be in the offing, in the medium term.   The Budget 2020-21, for instance, proposes to extend the benefit under Section 80EEA for another yearapart from extending the tax holiday period for builders taking up affordable projects. On the other hand, the share of affordable homes in the Gurugram market is also likely to increase as new infrastructure developments give a boost to city suburbs,” says Dhruv Agarwala, Group CEO, Housing.com; Makaan.com & PropTiger.com

Noida also has the highest inventory overhang of 52 months among India’s nine key residential markets, the study reveals. This implies that real estate developers in this market would take four years and four months to sell of the existing stock, keeping in mind the current sales velocity. With a 25-month overhang, builders in Gurugram would also take a long time to sell their unsold stock.

Average values of apartments also saw 6% annual appreciation in Gurugram while prices increased only 1% in Noida, a residential market that has been hit the hardest by an ongoing slowdown in sales.