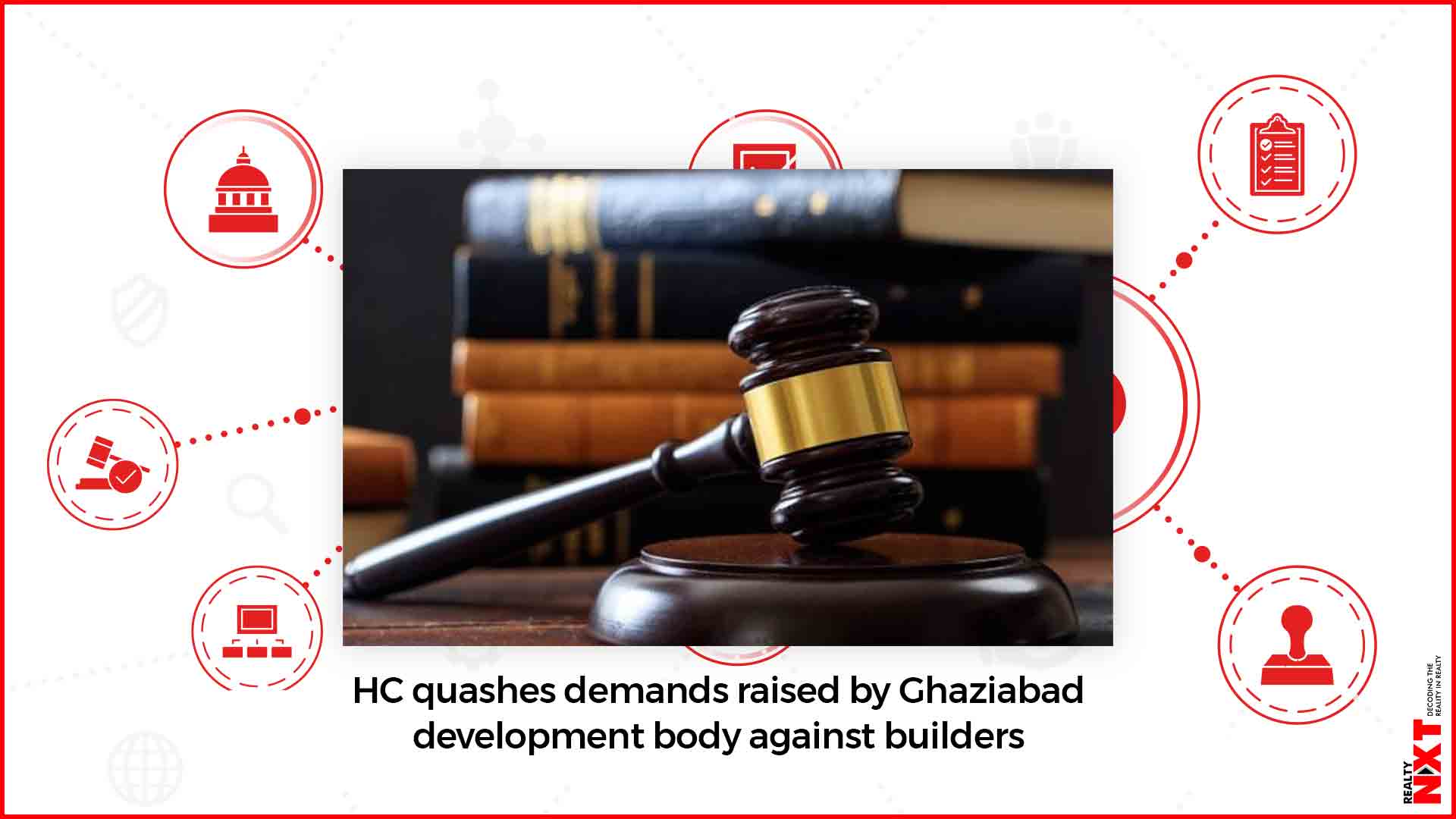 The court quashed the demands raised by the Ghaziabad Development Authority (GDA) against builders and developers.

The Allahabad High Court on Tuesday held that demanding external development fees from builders or developers under the heads of “elevated road and metro station” and security for the “rainwater harvesting system” was illegal and without jurisdiction. The court quashed the demands raised by the Ghaziabad Development Authority (GDA) against builders and developers.

The petitioner was aggrieved by the demands raised by the GDA with regard to external development fees, which included development of an “elevated road and metro station”, security for the “rainwater harvesting system” and the Floor Area Ratio (FAR), while sanctioning the layout plans of each member of the society.

The petitioner’s plea was that the demand raised by the GDA was illegal and without jurisdiction because individual developers and builders or the members of the society were not concerned with the construction of any elevated road or metro station and therefore, no fee on account of the same could be demanded from them under the “external development charges” head.

After hearing the counsels for the parties, the bench observed, “A perusal of the Uttar Pradesh Urban Planning and Development (Assessment, Levy and Collection of Development Fee) Rules, 2014 reveals that there is no provision for demanding or collecting any development fee in context with elevated road or metro station.”

While allowing the petition and quashing the demand, the court observed, “No provision whatsoever was placed before us, which empowers the development authority to demand a development fee in reference to the construction of an elevated road and a metro station.”

Earlier, an objection was raised on behalf of the GDA by saying that the petitioner had no locus standi to challenge the demand, but the same was not accepted by the court.

ALSO READ: Dabur or Shree Cement is likely to find a place in the Nifty index