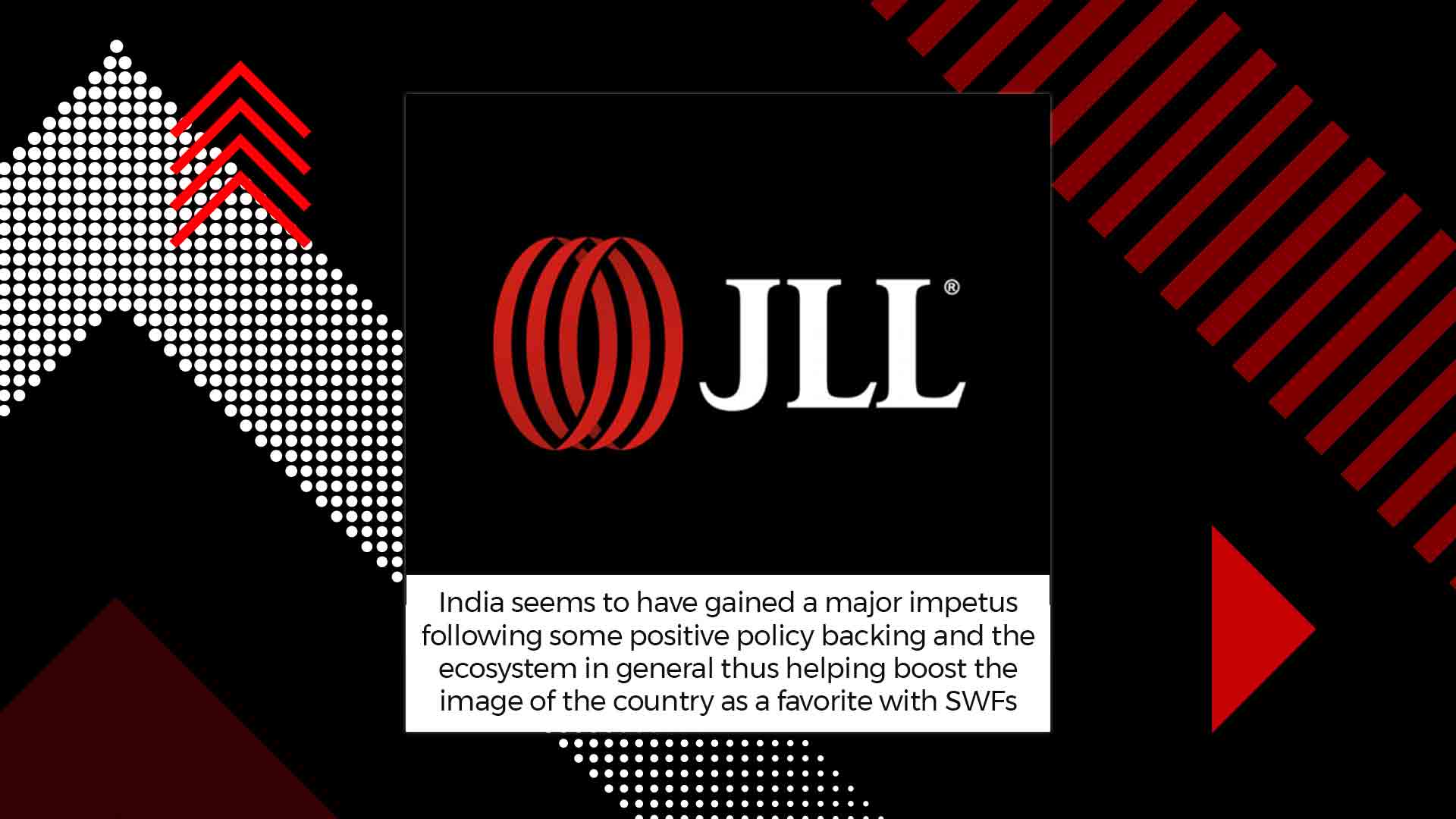 The measures announced recently in the Union Budget granting 100% tax exemption on interest, dividend and capital gains income to Sovereign Wealth Funds  (SWFs) investing in infrastructure, will further help boost investments in affordable housing and logistics, says JLL Research. India seems to have gained a major impetus following some positive policy backing and the ecosystem in general thus helping boost the image of the country as a favorite with SWFs.

“Sovereign wealth funds have been playing a pivotal role in investments globally with estimated AUM of 8.1 trillion as of 2019. Investments by SWFs in India improved sharply as a result of various policy measures introduced to attract foreign investments. The Union Budget for 2020 has further incentivized SWFs to invest in infrastructure including affordable housing and warehousing by providing tax exemptions. The rise in potential returns is expected to drive more SWF investments in India. SWFs would be more inclined to use the direct investment route as compared to investment platforms,” said Ramesh Nair, CEO and Country Head, JLL India.

India emerging as the favourite destination for SWFs

Investments by SWFs improved sharply as various policy measures were introduced to attract foreign investments. In India, SWFs hold USD 29 billion of Assets Under Custody (AUC) as of December 2019. Of these, real estate and warehousing account for 22% of the AUC, amounting to USD 6.6 billion.

“SWF Investments quadrupled to USD 5.3 billion during 2014-19 from USD 1.3 billion recorded between 2005 and 2013, due to various reforms introduced in the Real estate sector. Going forward we expect more traction from this type of patient capital,’ said Dr Samantak Das, Chief Economist and ED, JLL India.

Strong interest of SWFs in India

The Union Budget for 2020 further incentivizes SWFs to invest in infrastructure by providing them a 100% tax exemption on interest, dividend and capital gains income in respect of investment made in infrastructure and other notified sectors before 31st March, 2024 with a minimum lock-in period of 3 years.

The resultant increase in potential returns is expected to boost investments by SWFs in affordable housing and logistics & warehousing which have been accorded infrastructure status.

JLL (NYSE: JLL) is a leading professional services firm that specializes in real estate and investment management, headquartered out of Chicago. A Fortune 500 company with annual revenue of $16.3 billion, JLL operates in over 80 countries and a global workforce of more than 93,000 as of September 30, 2019. JLL is the brand name, and a registered trademark, of Jones Lang LaSalle Incorporated.

ALSO READ: How delivery will turn the real estate fate in 2020