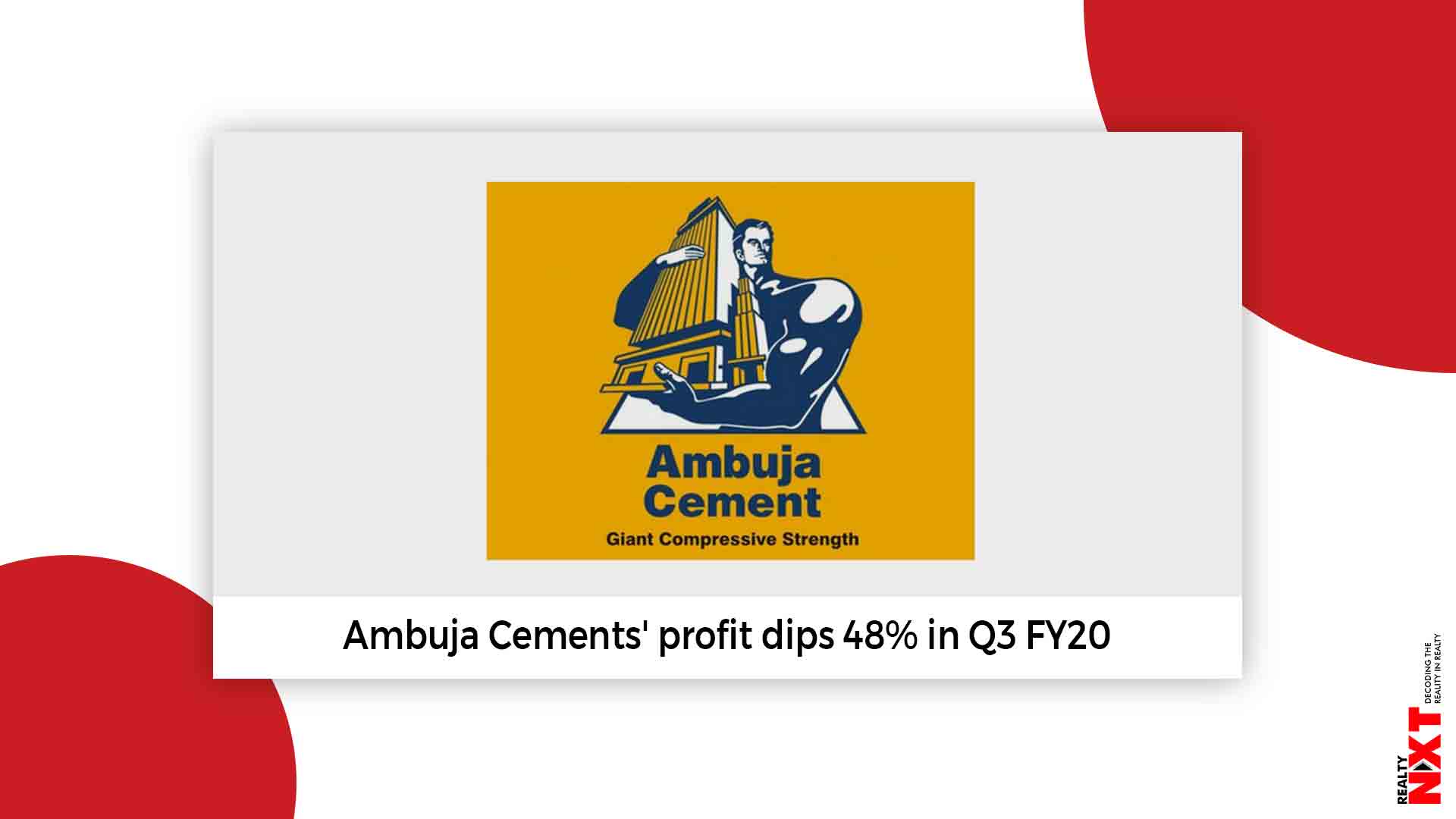 Ambuja Cements reported a dip of 48 per cent in its net consolidated profit during the third quarter of the financial year 2019-20. Its profit after tax (PAT) stood at Rs 722.26 crore as against Rs 1,377.88 crore it registered in the corresponding quarter previous fiscal.

The board of directors has recommended payment of dividend of Rs 1.50 per share of Rs 2 aggregating to Rs 298 crore, it said in the release.

On October 18, 2019, the board of directors had approved the amalgamation of Dirk India, a wholly owned subsidiary, with the company, with effect from January 1, 2020. The company had made provision towards loans and interest thereon, due from Dirk India, amounting to Rs 37.94 crore and Rs 10.60 crore respectively, it said in the regulatory filing.

On receipt of Orders Giving Effect (OGEs) to CIT-A orders for certain assessment years, the company and ACC have recognised interest income on income tax refund and reversal of provision for interest on income tax, aggregating Rs 409.24 crore during the year ended December 31, 2019.

However, considering the uncertainty of its ultimate realisability, the company and ACC have also made a provision of Rs 258.18 crore, resulting in recognition of net income of Rs 151.06 crore in other income during the year ended December 31, 2019 (nil in quarter ended September 30, 2019 and December 31, 2019).

In view of uncertainties regarding recoverability of these investments, the group have provided Rs 4.60 crore and Rs 58.05 crore for the quarter and year ended December 31, 2019 respectively, being the change in the remeasurement of the defined benefit plans, in other comprehensive income, towards probable incremental employee benefit liability that may arise on the Group on account of any likely shortfall in the respective trusts in meeting their obligations.