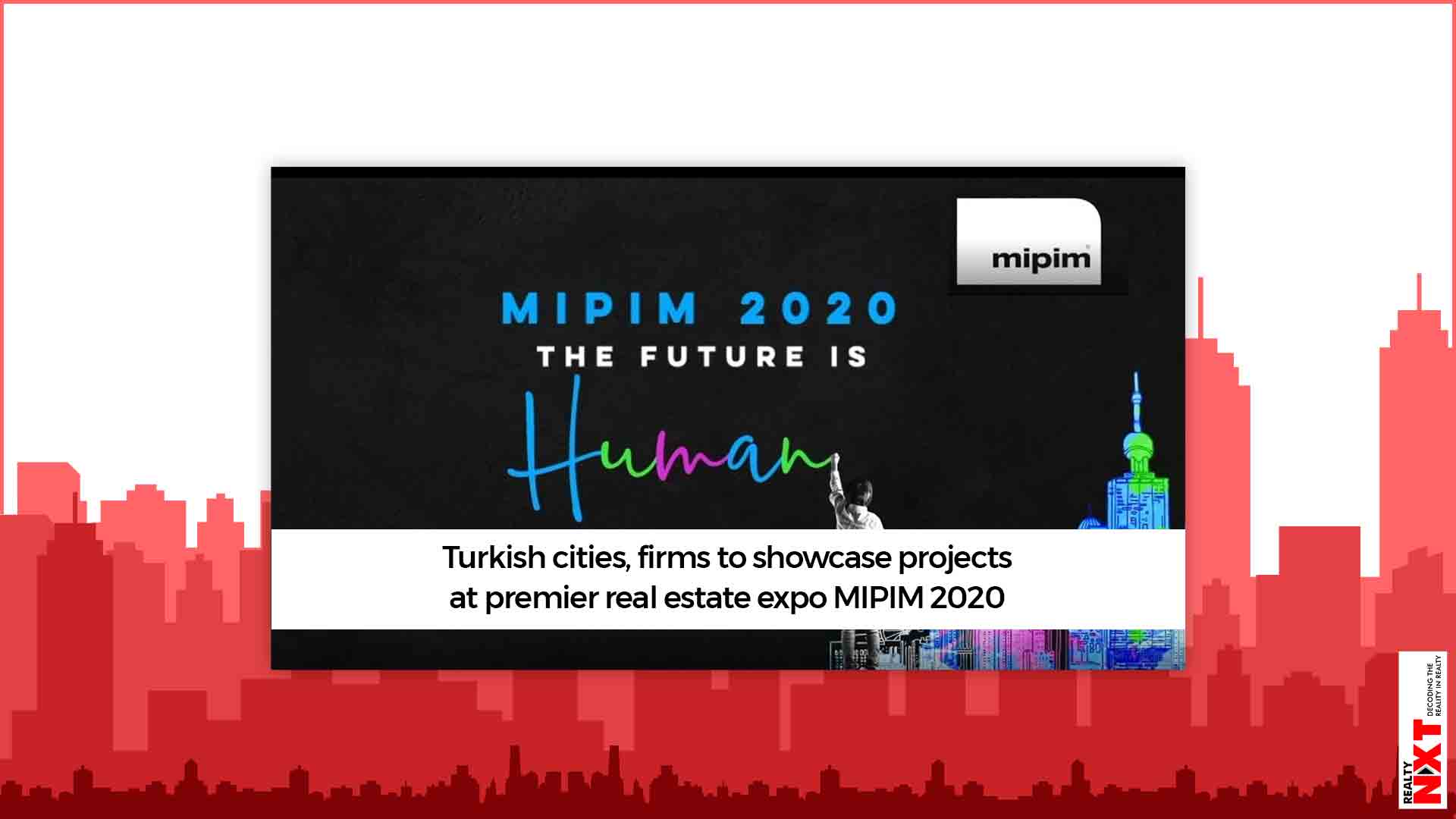 MIPIM will bring together local governments, over 6,380 investors and 26,800 senior representatives from 600 cities and 100 countries.

As the countdown has begun for the world’s largest real estate expo, Turkish cities and real estate developers are set to showcase their projects and investment opportunities in the country.

The premier real estate event MIPIM is ready to kick off for the 31st time this year at the Palais des Festivals in Cannes, France. It will open its doors on March 10 and run through March 13.

Gathering the most influential players from all sectors of the international property industry, the expo will be inaugurated by former French President Nicolas Sarkozy.

It will bring together local governments, over 6,380 investors and 26,800 senior representatives from 600 cities and 100 countries. Turkish Environment and Urban Planning Minister Murat Kurum and Culture and Tourism Deputy Minister Ahmet Misbah Demircan will attend the event on behalf of Turkey.

As part of MIPIM, the Istanbul Tent will be established under the leadership of the Istanbul Chamber of Commerce (İTO). The country’s most prominent cities, leading real estate firms and architects will display their projects.

“As every year, this year all stakeholders of the international real estate sector, city planners, municipalities that want to attract foreign investment to their regions and new investors looking for opportunities in tourism will meet at MIPIM and hold one-on-one meetings for three days,” said Avi Alkaş, the chairman of Alkaş, which will represent Turkey at MIPIM.

The Turkish real estate sector and all its stakeholders, having gained great momentum recently, have been coming together under the Istanbul Tent established at the fair for five years and experiencing the strength of being present in the international arena, Alkaş told reporters at a meeting in Istanbul Tuesday.

“We are a country with rich potential in many areas. However, Turkey’s reality today is far more advanced than what is perceived abroad. In order to introduce our potential to the world, our participation in such fairs becomes much more important,” he noted.

The Alkaş chairman stressed the link between real estate and tourism, describing them as two sectors developing hand in hand around the world.

“Both of these sectors, which attract foreign investors, should be supported by medium- and long-term plans and marketed well internationally. Our country welcomes 50 million to 52 million tourists a year. This figure is not enough. I believe that if we focus on health, shopping and event tourism, we will host 75 million tourists a year,” Alkaş said.

Also addressing the meeting, Alkaş General Manager Yonca Aközer said they have been the Turkey representative of MIPIM since 2008, adding: “We held 4,326 B2B meetings with 206 institutions and organizations that participated in MIPIM last year. We aim to reach the same figures this year.”

The central theme of this year’s event, “The Future is Human,” follows 2019’s discussions on sustainable responsibility. The ambition this year is to put city-dwellers at the heart of conversations, with a focus on how sustainable development affects societies.

Aközer stated that technology has developed rapidly all over the world, and the real estate sector has had its share of this change, as in every area. “In our age, we are now talking about smart cities that focus on humans. Due to this change and transformation, this year’s theme at MIPIM is ‘human.’ Within the framework of this theme, our primary goal is to create awareness for the real estate sector and cities to include housing, living areas and tourism projects with improved social and cultural aspects where the ‘human’ factor is highlighted,” she said.