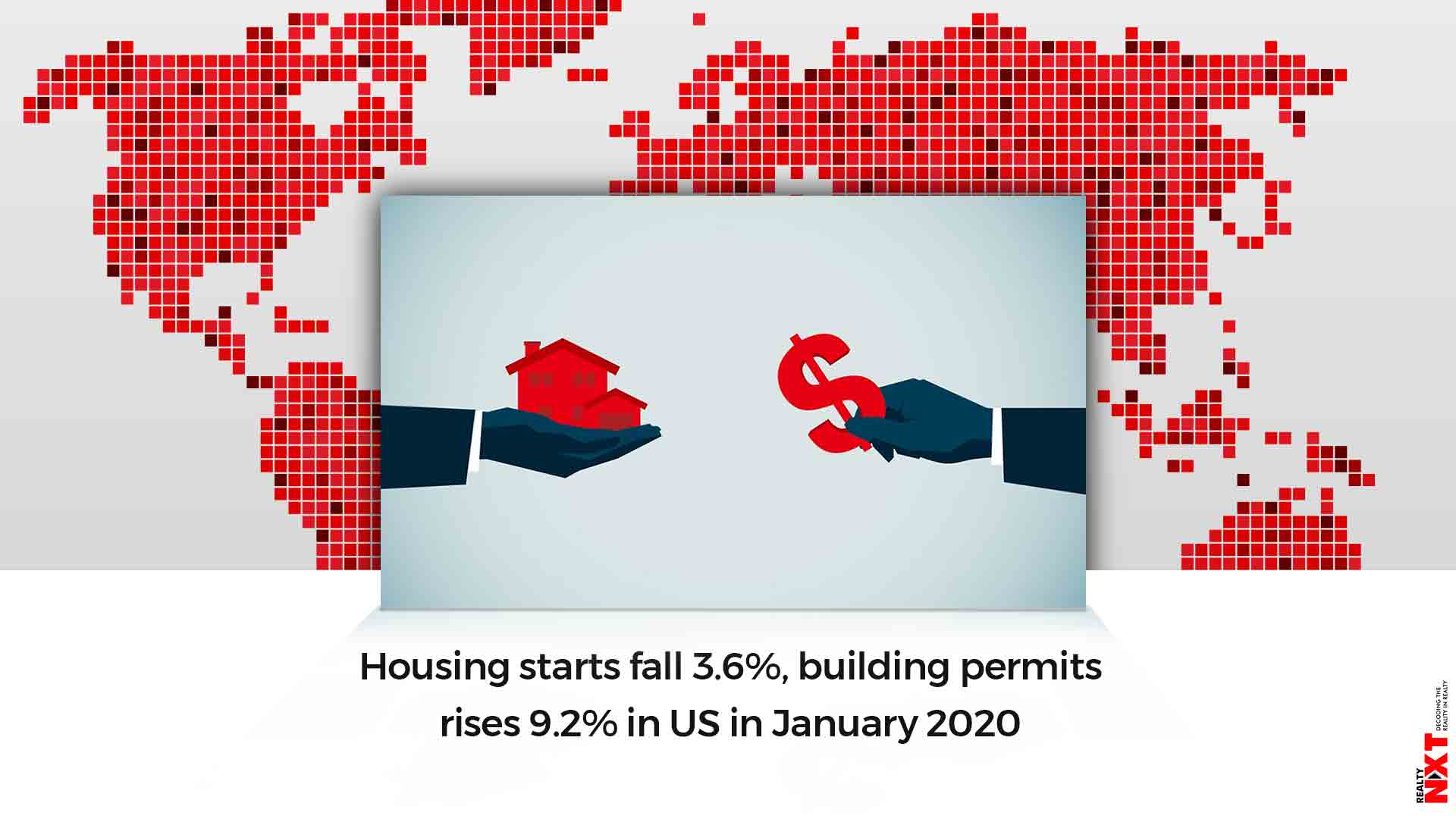 The reports could support the Federal Reserve’s desire to keep interest rates unchanged at least through this year after lowering borrowing costs three times in 2019.

U.S. homebuilding fell less than expected in January while permits surged to a near 13-year high, pointing to sustained housing market strength that could help keep the longest economic expansion in history on track.

Other data on Wednesday showed producer prices increasing by the most in more than a year last month, boosted by rises in the cost of services such as healthcare and hotel accommodation. The reports could support the Federal Reserve’s desire to keep interest rates unchanged at least through this year after lowering borrowing costs three times in 2019.

“The economy looks good with residential home building activity beating expectations and a little more producer price inflation, even if the data overstate how well the country is doing in terms of generating the growth and inflation the Federal Reserve wants to see,” said Chris Rupkey, chief economist at MUFG in New York.

Data for December was revised up to show homebuilding rising to a pace of 1.626 million units, the highest level since December 2006, instead of surging to a rate of 1.608 million units as previously reported.

Economists polled by Reuters had forecast housing starts falling to a pace of 1.425 million units in January. Housing starts jumped 21.4% on a year-on-year basis in January. An estimated 1.291 million housing units were started in 2019, up 3.3% compared to 2018.

Building permits soared 9.2% to a rate of 1.551 million units in January, the highest level since March 2007, lifted by gains in both single- and multi-family housing segments.

The housing market remains on solid footing, supported by the lowest mortgage rates in more than three years. Though housing accounts for about 3.1% of gross domestic product, it has a giant footprint on the economy. Housing market stability could help to keep the economic expansion, now in its 11th year, on course, amid risks from the coronavirus, slowing consumer spending and weak business investment.

Minutes of the Fed’s Jan. 28-29 meeting published on Wednesday showed policymakers “expected economic growth to continue at a moderate pace.”

The 30-year fixed mortgage rate is at an average of 3.47%, the lowest since October 2016, according to data from mortgage finance agency Freddie Mac.

“Housing is proving to be a solid link in a cooling economy,” said Nancy Vanden Houten, lead U.S. economist at Oxford Economics in New York.

Stocks on Wall Street were trading higher, with the S&P 500 and the Nasdaq hitting all-time highs as hopes that China would take more measures to prop up its economy eased worries about the impact of the coronavirus epidemic. The dollar rose against a basket of currencies, while U.S. Treasury prices slipped.

A separate report from the Labor Department on Wednesday showed the producer price index for final demand jumped 0.5% last month, the largest gain since October 2018, after climbing 0.2% in December. In the 12 months through January, the PPI advanced 2.1%, the biggest increase since May, after rising 1.3% in December. Economists had forecast the PPI gaining 0.1% in January and rising 1.6% on a year-on-year basis.

Data last week showed consumer prices excluding the volatile energy and food components picking up in January. That together with the firmer producer price readings led economists to expect a rise in the inflation measure tracked by the Fed for its 2% inflation target. Economists are forecasting that the core personal consumption expenditures (PCE) price index gained 0.2% in January, which would lift the annual increase to 1.7%.

The core PCE price index rose 1.6% on a year-on-year basis in December. It undershot its target in 2019. January PCE price data will be published next Friday.

“This should raise Fed official confidence that underlying core PCE is running around 2.0%, limiting the potential for (rate) cuts on a low inflation concern,” said Andrew Hollenhorst, an economist at Citigroup in New York. “Still, any ‘significant, persistent’ overshoot of 2.0% remains very unlikely, meaning rate hikes in 2020 are all-but-ruled-out.”

The housing report from the Commerce Department showed single-family homebuilding, which accounts for the largest share of the housing market, fell 5.9% to a rate of 1.010 million units in January. Single-family starts raced to a 1.073 million-unit pace in December, the highest level since June 2007. Single-family housing starts accelerated in the Northeast and West, but tumbled in the Midwest and the populous South.

While housing completions dropped 3.3% to a rate of 1.280 million units last month, the stock of homes under construction rose 1.3% to 1.203 million units, the highest level since February 2007. This could help alleviate a shortage of homes for sale that is keeping home prices elevated.

Realtors estimate that housing starts and completion rates need to be in a range of 1.5 million to 1.6 million units per month to plug the inventory gap.