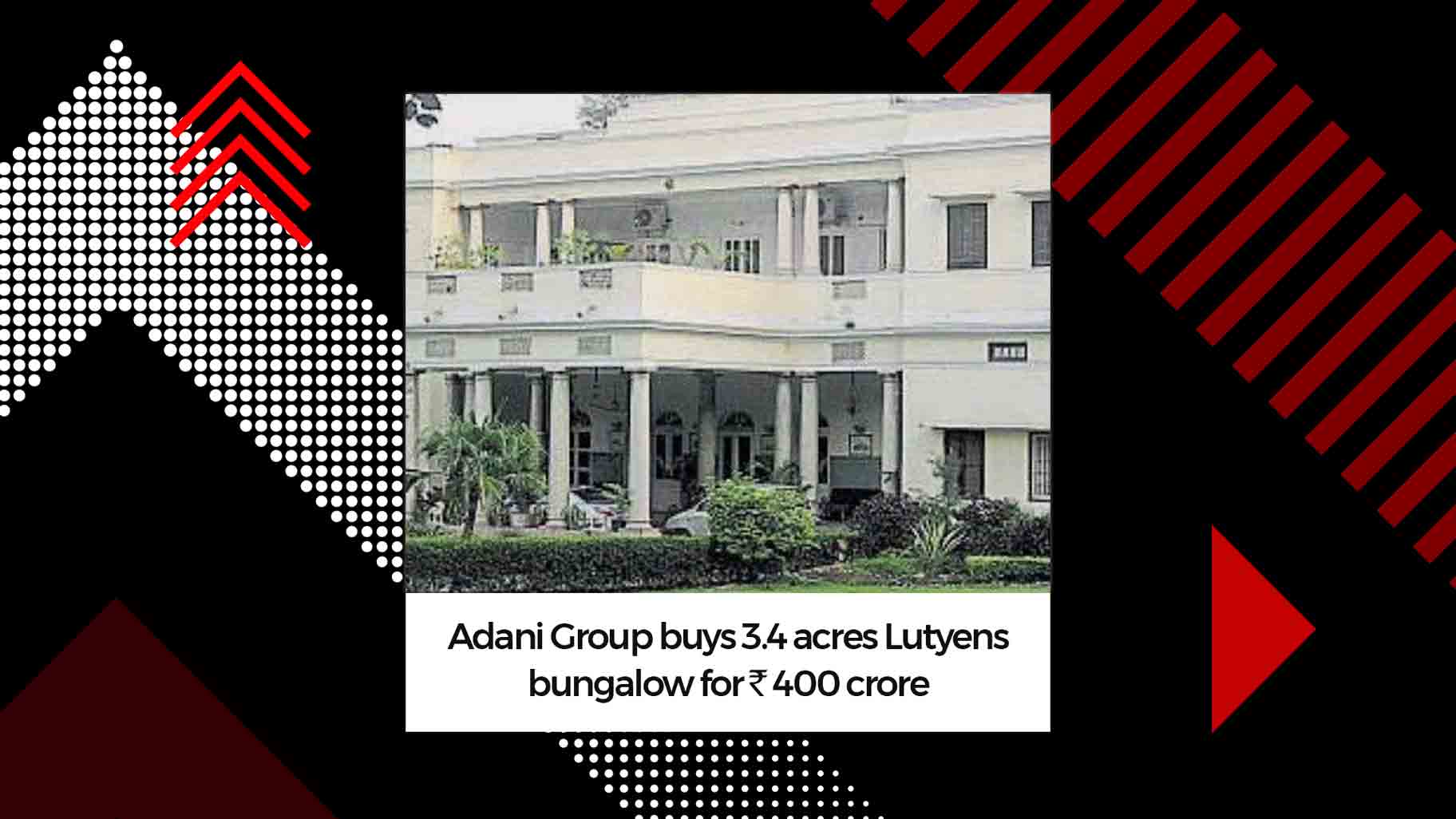 All this, for just Rs 400 crore. Adani Properties Pvt Ltd (APPL) of the Gautam Adani-led Adani Groupwill soon be the new owner of a spectacular, more than a century-old, two-storey bungalow on New Delhi’s Bhagwan Das Road — a prize the company won as a part of the bankruptcy proceedings of Aditya Estates Pvt Ltd.

Neither APPL nor Aditya Estates responded to emails sent by ET.

National Company Law Tribunal documents, from its order dated February 14, show the property has been priced at just Rs 265 crore, a precipitous drop from the Rs 1,000 crore that the erstwhile owners had expected just a few years ago.

The NCLT, approving the Adani offer — that had found favour with 93% of Aditya Estates’ lenders — has asked Adani Properties to submit performance guarantee of Rs 5 crore. Adani Properties will also have to pay Rs 135 crore as conversion charge. The charge is for the change in ownership status to freehold from leasehold.

In its order, the NCLT said two independent valuers had evaluated the property and that the average price came to Rs 306 crore.

The Adani Group’s real estate showpiece has a rich history. The original owner of the bungalow at 3, Bhagwan Das Road was the colonial office of the Secretary of State for India in Council. In 1921, Lala Sukhbir Sinha bought it.

Price of Bungalow has Gone Down Over Time
Sinha was a member of the United Provinces Legislative Council and represented the Meerut Division. Aditya Estates had been the owner since 1985.

“The resolution applicant will end up paying about Rs 400 crore due to the high conversion charge for the property. When it was first put up for sale a few years ago, the owners were expecting more than Rs 1,000 crore. But over time, its price has gone down. And since the sale is happening through the NCLT, the amount payable is less than the market rate,” said a person aware of the developments.

ICICI Bank UK Plc had filed an application with the NCLT to initiate insolvency proceedings against Aditya Estates. The application was admitted on February 26, 2019. Following a meeting of the committee of creditors, an expression of interest was sought.

During the final hearing in the NCLT, a dissenting financial creditor had objected to the resolution applicant reducing its offer from Rs 400 crore to Rs 265 crore. But the NCLT agreed with Adani Properties: “…the resolution applicant undertook to make all the payments towards conversion from leasehold to freehold… The rationale for reduction of the financial proposal is as per the estimates of the additional amount to be incurred.”