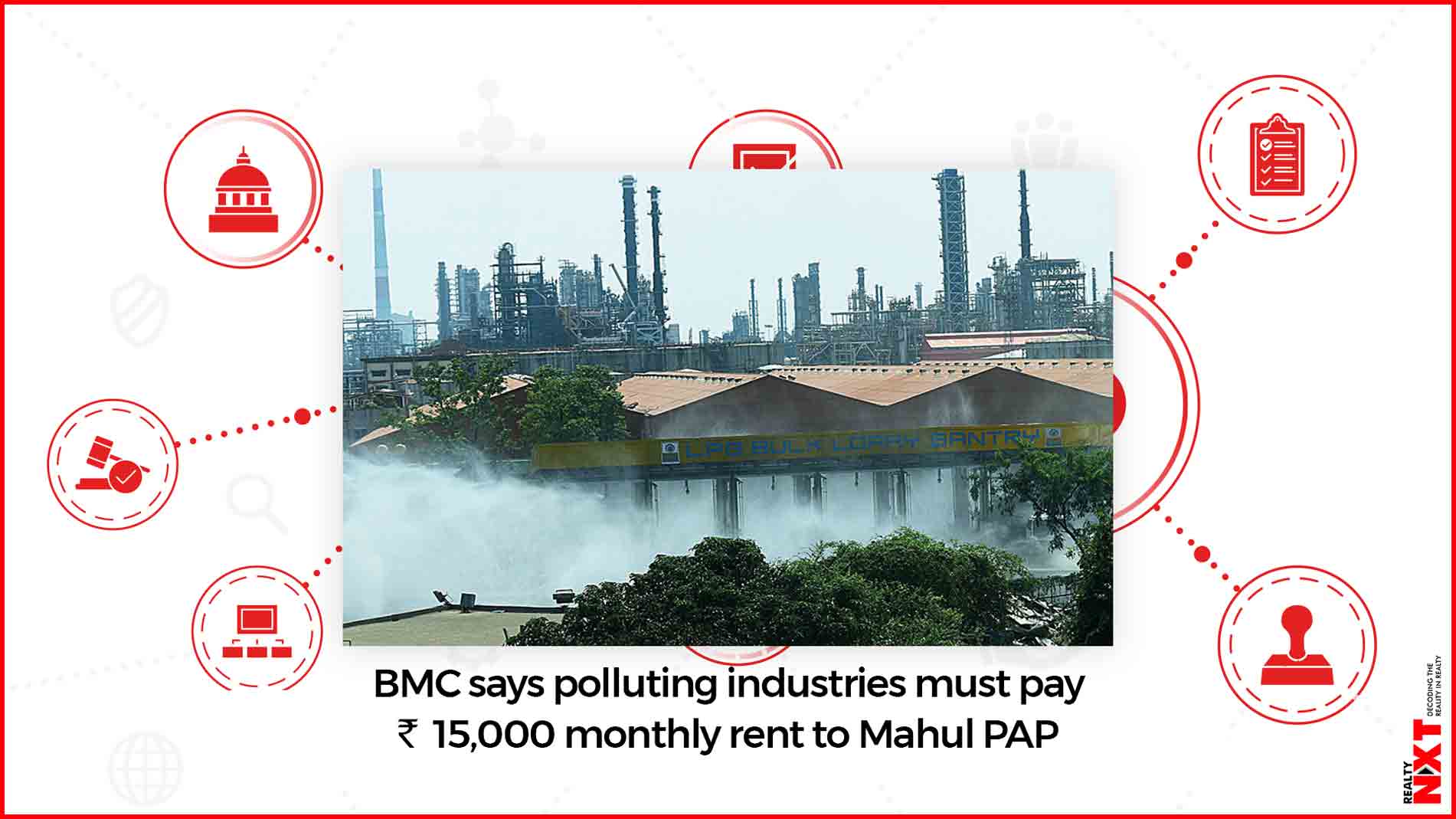 Challenging the HC order, the civic body said it will be a significant burden on the taxpayer and adversely affect vital infrastructure projects, including many rehabilitation schemes.

The BMC has cited the ‘polluter pays’ principle to refuse to pay rent to Project Affected Persons (PAPs) at Mahul. The civic body has said the polluting industries at Mahul should pay the rent instead to those displaced by development projects. Citing a total rent of Rs 3,000 crore, the BMC has told the Supreme Court that it cannot spend public money on rent when the pollution is caused by private industries.

In September 2019, the Bombay High Court had ordered the BMC to either accommodate the displaced persons elsewhere or give them Rs 15,000 as monthly rent. Challenging the HC order, the civic body said it will be a significant burden on the taxpayer and adversely affect vital infrastructure projects, including many rehabilitation schemes.

Mahul has earned the sobriquet of Mumbai’s toxic hell due to the high level of air pollution. Around 30,000 PAPs were moved from their homes around the Tansa pipeline to Mahul in June 2017. Ever since, many residents have developed several health issues due to the air pollution. The National Green Tribunal has identified Sealord Containers, BPCL and HPCL as primary polluters in Mahul, said a senior civic official.

PAPs from Mahul had met Municipal Commissioner Praveen Pardeshi recently. Officials said that Pardeshi had informed the residents that the BMC wouldn’t be able to pay rent for all the PAPs. The BMC in a Special Leave Petition (SLP) before the Supreme Court also said that with a stay on moving new PAPs to Mahul and an order to move residents out of the area, development works across the city will come to a complete standstill.

A senior civic official said, “We have stressed on the polluter pays principal. The residents are affected by the polluting industrial units in the area. The polluters are getting away scot-free and the BMC has been asked to pay rent.”

Last year, the BMC approached the Supreme Court against the HC judgment. Earlier, the NGO Janhit Manch had filed a PIL stating that organisations like the National Green Tribunal and IIT Bombay had declared Mahul unfit for human habitation.

The BMC has said that while the HC order has made it accountable for the mounting health concerns of citizens, it has allowed the refineries causing the pollution to go scot-free. This, the BMC said, is contrary to the established principle of “polluter pays”.

According to the BMC’s petition, the area has 27,000 residents and 10,000 daily visitors, including employees of the factories, some of whom have been staying in the area for several generations and have never raised any grievances. It goes on to say that only five per cent of the families (300 out of 5,800) have objected to living in Mahul. It also pleads that there is no available alternate accommodation for the other PAPs in the city. “Mahul tenements are needed to accommodate more than 9,000 people who are currently living in dilapidated buildings. If we don’t move people to Mahul, then all development work will come to a standstill,” the official said.

“The chemical factories of Mahul are the cause of high pollution and not the BMC. Those who are polluting the air are supposed to take the responsibility of paying the rent of the residents. Hence, it was important for us to move the SC and bring these facts to light,” the official said.

Bilal Khan of Mahul’s Ghar Bachao, Ghar Banao movement alleged that the BMC is misleading the court. “Despite Mahul being declared as polluted in 2015, the BMC still sent PAPs there in 2017. They didn’t fix pollution issues, so it is the responsibility of the BMC. Saying that the polluter will pay is not fair,” Khan said.

Officials said that the BMC has identified seven public plots, measuring over 1 lakh square metres, to build 8,140 housing units for those affected by various infrastructure projects.

The civic body has undertaken several big-ticket projects such as the Goregaon-Mulund Link Road, Worli-Sewri elevated connector project, 36-km cycle track along the Tansa pipeline and widening of Mithi river. Apart from this, several other road and drain widening projects will also need PAP tenements.