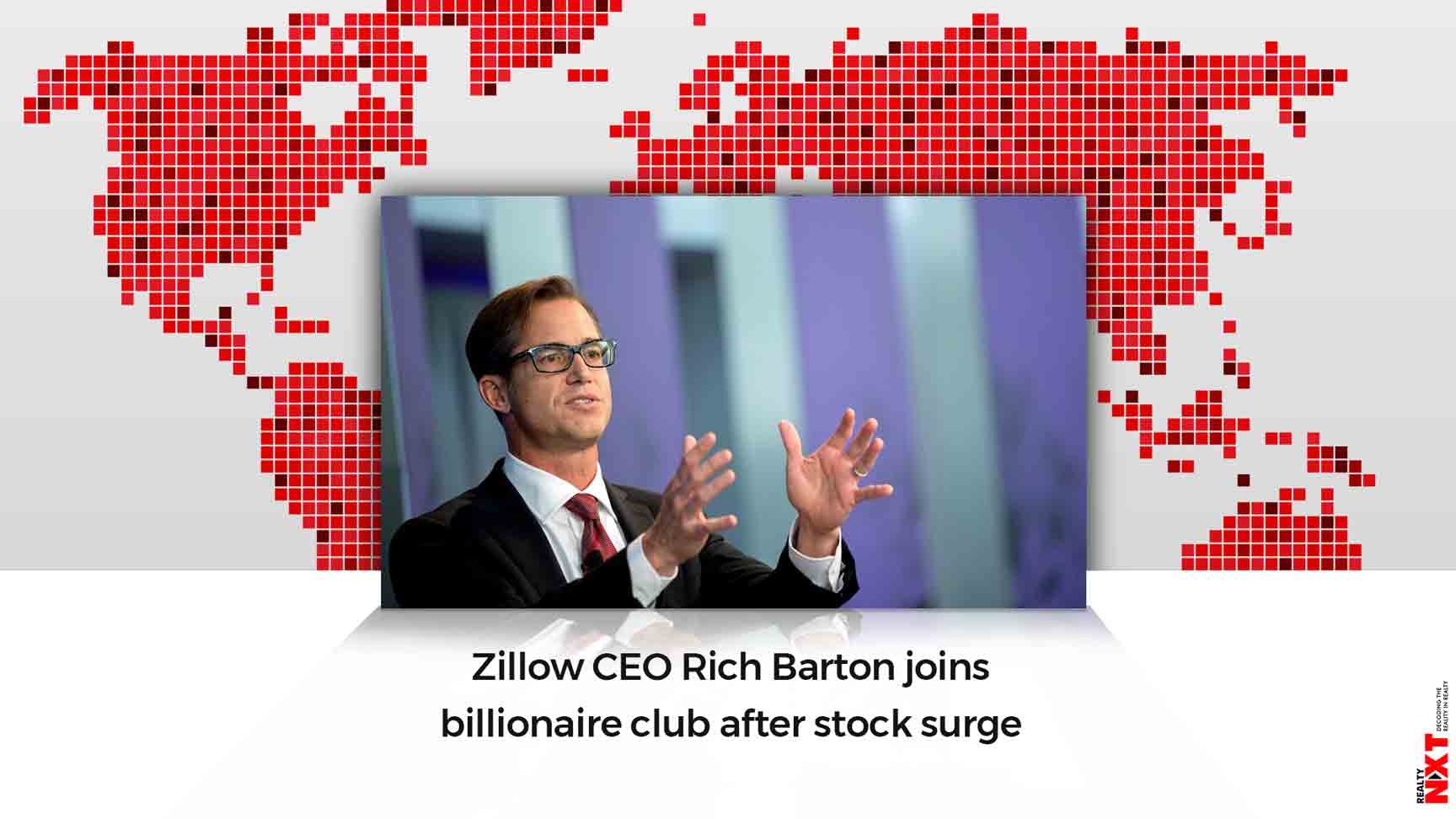 Despite year-over-year net losses increasing from $97.7 million to $101.2 million primarily due to Zillow Offers spending, Zillow Group’s stock soared to the $60 range, a far cry from the company’s 52-week low of $28.47.

Zillow founder and CEO Rich Barton is now a billionaire, just a few days after the company’s impressive fourth-quarter earnings report boosted Zillow Group stock above $64 per share — the highest since 2018, according to a report by Forbes.

The consumer search and iBuying giant reported on Wednesday a Q4 revenue of $943.9 million, a 158 percent increase from Q4 2018. Zillow credited the higher-than-expected revenue boost to Zillow Offers and Premier Agent, which raked in $603.2 million during the final three months of the year.

Despite year-over-year net losses increasing from $97.7 million to $101.2 million primarily due to Zillow Offers spending, Zillow Group’s stock soared to the $60 range, a far cry from the company’s 52-week low of $28.47.

That stock boost launched Barton, who has the largest individual stake in the company he founded with Spencer Rascoff and Lloyd Frink in 2006, to billionaire status.

Months before taking back the reins from Rascoff in February 2019, Barton purchased 703,500 Class A Common Stock and Class C Capital Stock in Zillow Group, bringing his total shares to 15.8 million.

The shares were valued between $26.95 and $28.14 at the time of purchase, as Zillow was struggling to retain stock market value in the midst of investor weariness about an impending housing crash.

According to a statement obtained by GeekWire, Barton apparently made the purchase as a show of faith in Zillow Group’s ability to withstand market forces and eventually dominate the iBuyer market with Zillow Offers, which expanded to 23 markets by the end of 2019.

“All the work the great people of Zillow Group have done to date, bringing critical real estate market information to light, has set the stage for Act II: transforming the way consumers buy, sell, mortgage, and rent homes,” Barton said in November 2018.

“I’m proud to be a Zillow Group board member and shareholder. I couldn’t be more excited about the opportunity in front of us and am committed to the company’s long term vision and success.”

Barton’s bet initially earned him $13 million in June 2019 as Zillow stock began its ascent, and now its earned him approximately $1.11 billion (15.8 million shares multiplied by a current value of $64).

Although no one can predict the future, Barton’s purchase might pay off once again if the company can boost revenue and shave net losses created by Zillow Offers, maintain a solid standing in the stock market, and capture greater market share as they move closer to Barton’s dream of a streamlined ‘trade-in’ experience for consumers.

“In all, I’d characterize 2019 as tumultuously remarkable,” CEO Rich Barton said of Zillow’s progress in 2019.

“We’re in the midst of a multi-year expansion to rewire real estate transactions and streamline how our customers buy, sell, rent and borrow that dramatically expands our market opportunity and profit potential. Our team’s strong execution delivered record Q4 and full-year results that beat our outlook on every measure.”