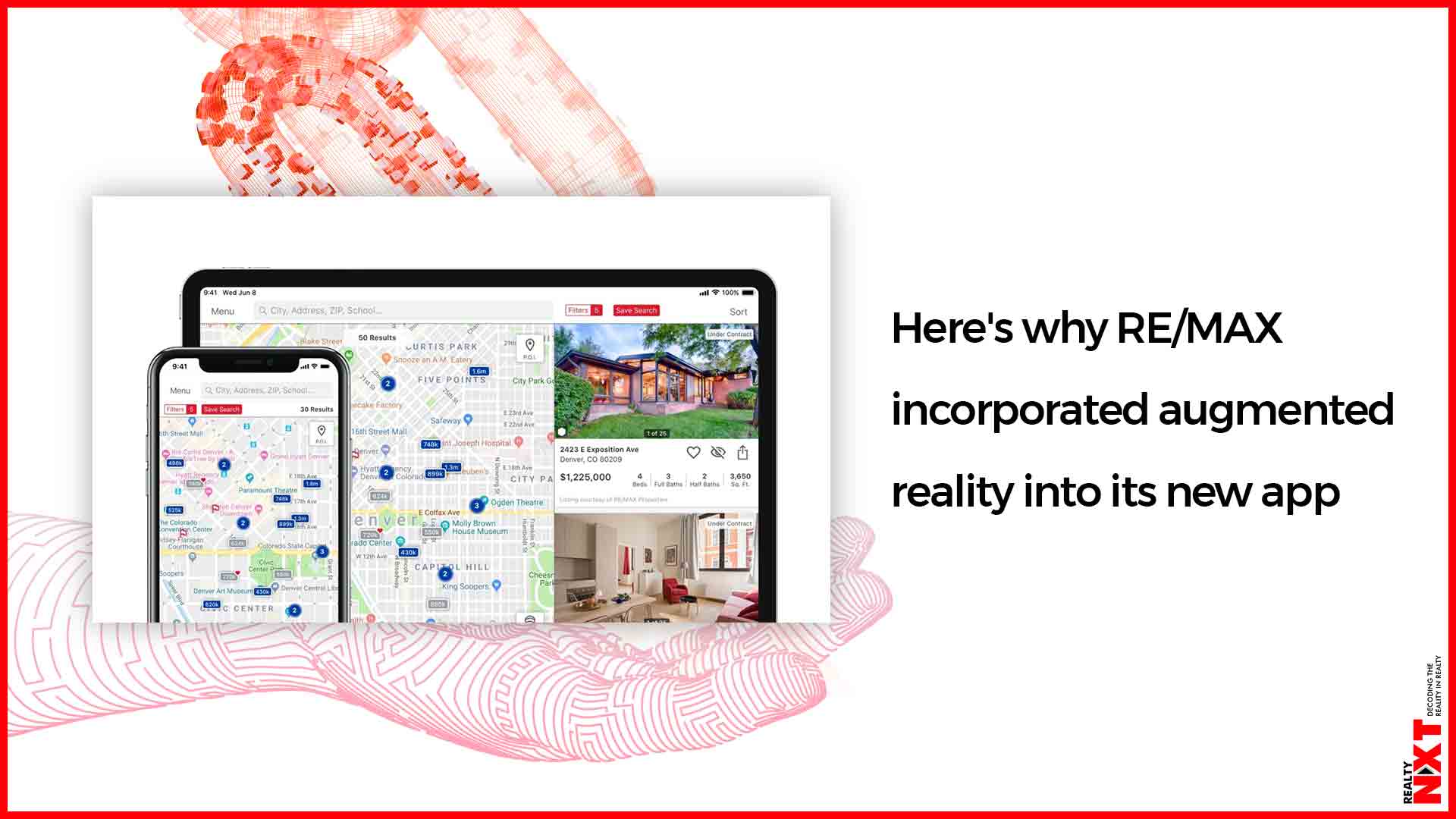 In the real estate industry, everybody does so many things that are similar to each other. We wanted something that’s fun,’ said the app’s creator.

RE/MAX earlier this month launched its new consumer-facing website and home search app. The app, like many other competitors, features a list and map search experience, but RE/MAX’s new tool also features augmented reality, something not commonly seen in consumer-facing programs.

“If you have a market that doesn’t have yard signs, its cool to be able to open it and look down the road and see where the signs would have been, what’s for sale,” Ido Zucker, senior vice president of development for booj, the RE/MAX-owned company that built the app.

The functionality of the tool is obvious. It will allow consumers to walk through a neighborhood and turn on the augmented reality and see floating price tags through that neighborhood.

But it’s not something that’s common from major competitors, and with the app’s capability to be branded to each agent, it gives agents just another tool to win business.

“It’s another really marketable thing,” Zucker said. “Agents want to be able to say, ‘look at this cool new tool you can have.’”

“In the real estate industry, everybody does so many things that are similar to each other,” Zucker added. “We wanted something that we could talk about, that’s cool, that’s fun, and the augmented reality fits into that.”

The current iteration of the tool is really just the start. Zucker imagines one day they’ll be able to incorporate a z-axis into the augmented reality, so you could point your phone at a high-density building in a place like Manhattan and actually see where the apartment for sale is located.

“We are just scratching the surface at the moment with augmented reality,” Zucker said. “It’s just something fun we wanted to experiment with and the sky’s the limit from here on what we do with it.”

Since rolling out the app at the beginning of February, Zucker explained that his team has gathered a ton of feedback from agents and learned a lot, due to RE/MAX’s massive geography. The goal now is to make the app incredibly fast.

“We’re working continuously to improve speed,” Zucker said. “I want to get it to a point where it’s lightning — you click and everything happens.”

“That’s a huge challenge,” Zucker added. “The more popular you become, the more you have to expand on the optimization.”