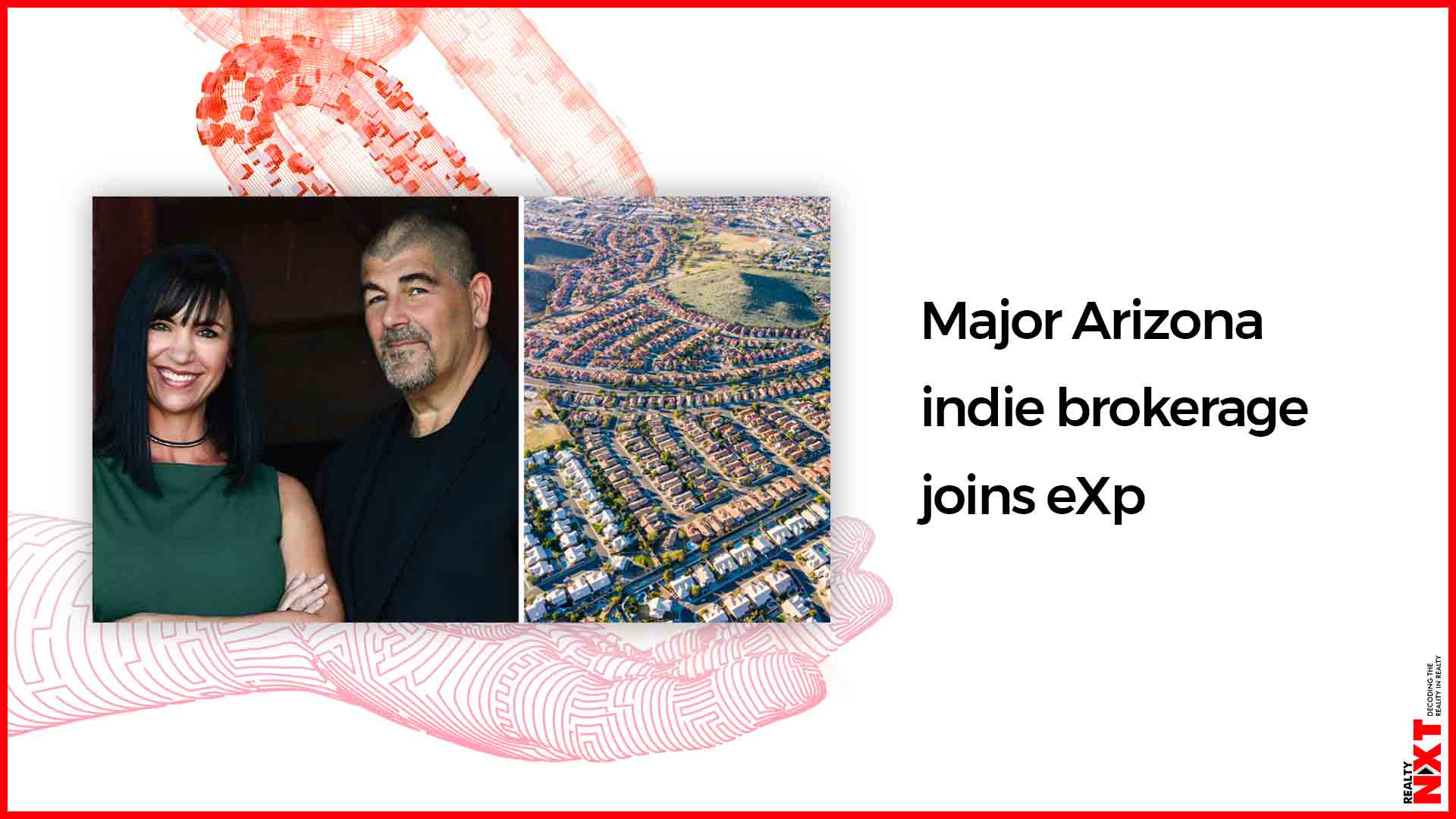 The statement from eXp further describes Revelation as “one of the largest independent brokerages in the United States.”

Revelation is based in Chandler, a suburb of Phoenix. It has nearly 900 agents, last year closed almost 6,000 deals, and in 2018, did more than $1.7 billion in volume. A statement from eXp says that Revelation has been the top brokerage in its region for years, and that it is among the top single-office firms in the U.S.

“In our marketplace, we more than doubled the market share of any other single office, and did so for years, but we recognized that this industry is rapidly changing and that eXp is able to fill in the gaps that we can’t,” she added. “eXp is the answer and we went for it.”Husband and wife duo Chuck and Angela Fazio founded the company in 2005. In a statement, Angela Fazio noted that her brokerage had managed to “stay ahead of the curve for 15 years” but opted to join eXp in response to a changing industry.

The statement from eXp further describes Revelation as “one of the largest independent brokerages in the United States.”

Revelation previously made headlines in 2017, when the brokerage announced that it was bucking an industry trend toward downsizing and instead would expand its physical office. At the time, the brokerage had about 550 agents and said that it would spend $8 million on a new 20,000-square foot brick-and-mortar facility.

That history makes Revelation’s choice to join eXp interesting because, famously, eXp does not have any brick-and-mortar offices at all. Instead, eXp uses a game-like virtual environment, where its agents can interact, take classes, receive guidance and do other tasks. Company founder Glenn Sanford gave a tour of the virtual world last month at Inman Connect New York and showed how users have unique avatars and how different regions get their own digital meeting spaces.

Angela Fazio mentioned that Revelation’s office would not be closing, and that “our agents love our space and we also run coworking and events from the space.”

“Revelation as a brokerage is going away but we know that our agents will get even greater benefit by switching to eXp and Chuck and I are so excited to attract like minded people all over the world with the eXp model,” she added.

Fazio also praise the tools, technology and benefits that eXp can offer.

Asked if virtual offices like the one offered by eXp are the way of the future, Fazio additionally replied that people are now looking for a variety of amenities at physical offices in addition to a place to do business. She added that “I think the age of brick and mortar for the sole use as a real estate office may become obsolete.”

“In summary, the brick and mortar of the future is more of a lifestyle than just an office,” Fazio added.

Financial details of the move also were not publicly disclosed.

However, eXp expressed excitement about bringing the brokerage onboard, with Dave Conord, eXp’s president of growth, saying in a statement that his company is excited about the move.

“Today’s announcement reaffirms that we are building an innovative brokerage that attracts top producers and creates a new level of opportunity for independent brokerage owners to succeed, while continuing to provide the best environment and tools for their agents,” Conord said. “EXp Realty is committed to empowering agents with tools, technology and training to thrive and grow their own businesses.”