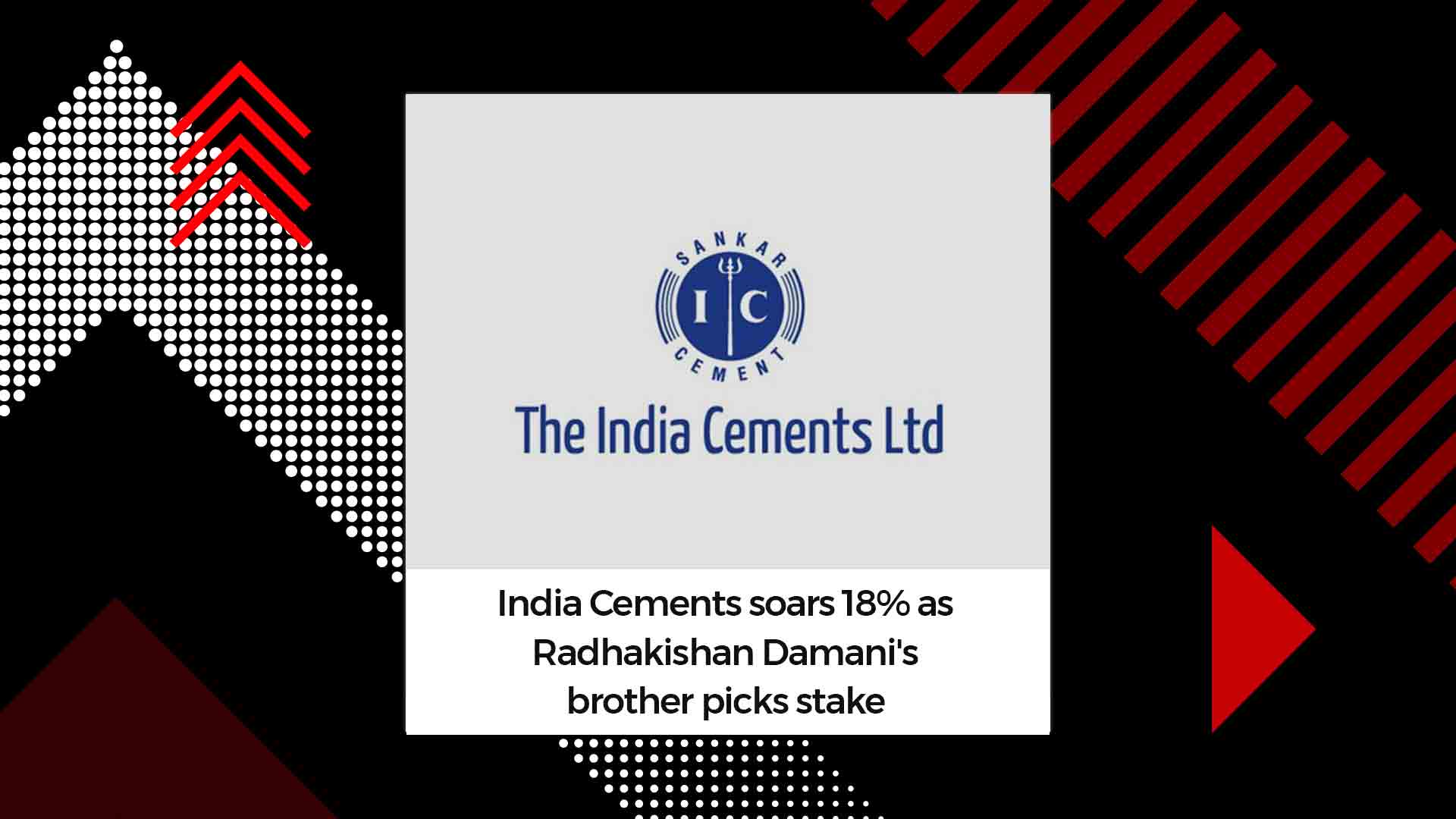 Shares of India Cements climbed 18 per cent in Wednesday’s trade after the brother of market veteran Radhakishan Damani, Gopikishan Damani, bought 2.75 per cent stake in the cement maker.

Motilal Oswal Securities expects cement sector utilisation to improve structurally over the next three years given just 4 per cent compounded annual growth capacity addition against a likely 6 per cent growth in demand – in line with the past five years. This brokerage is neutral on India Cements.

As per publicly available data with Reuters, the scrip has three ‘outperform’ ratings, five ‘hold’ ratings and ‘two’ sell ratings. The scrip has ‘nil’ buy rating.

“Inability to improve its balance sheet due to consistent increase in working capital requirement does not augur well for India Cement, which may lead to further delay in capacity expansion. We continue to believe that strong cash generation and debt reduction will be the key catalysts for the stock until which, the stock might not get re-rated,” Reliance Securities said earlier this month.