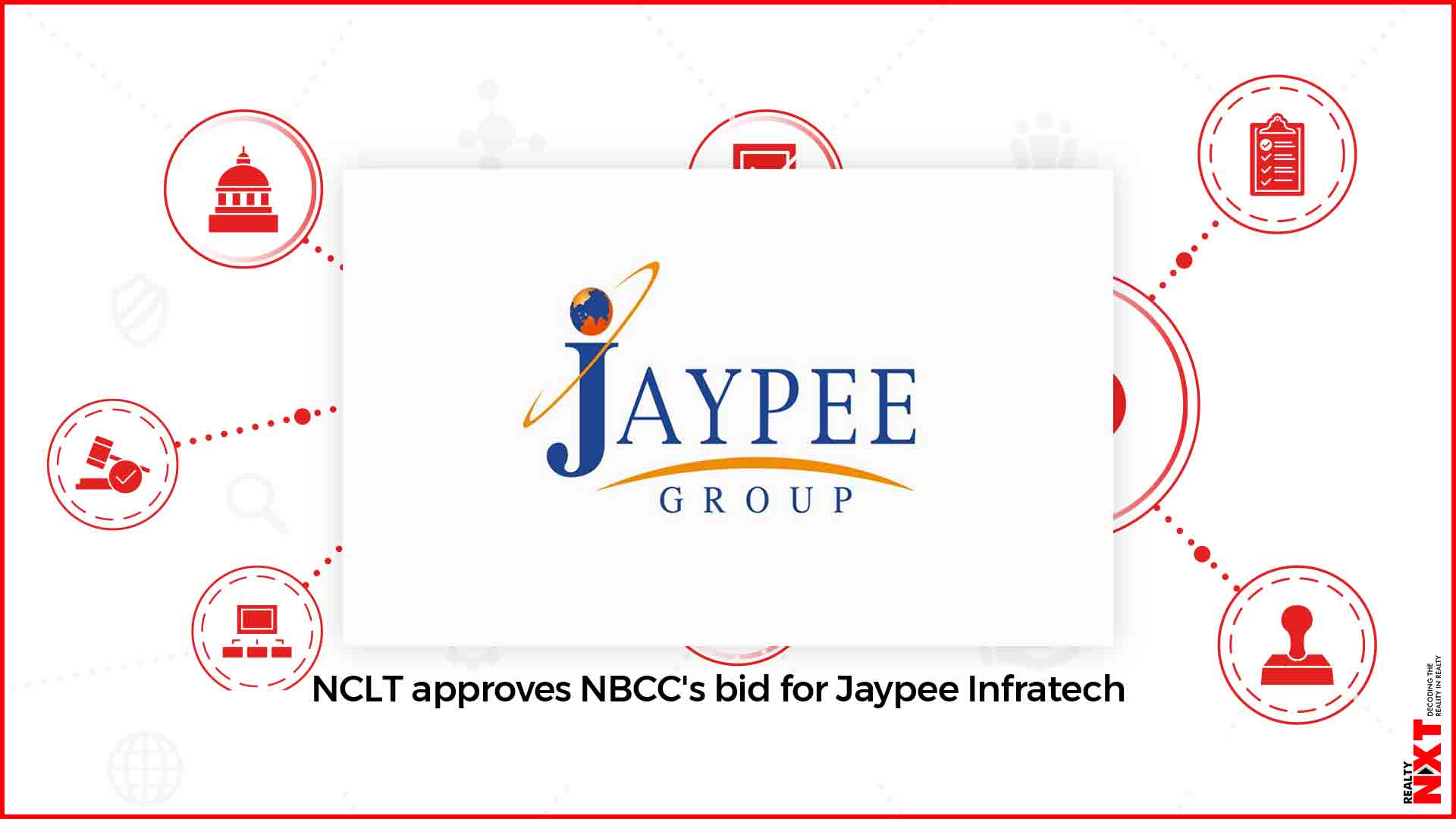 The tribunal also modified the resolution plan and said Rs 750 crore deposited by Jaiprakash Associates would be part of the plan.

The National Company Law Tribunal (NCLT) on Tuesday approved the proposal of state-owned NBCC to acquire debt-ridden Jaypee Infratech through an insolvency process.

The Principal bench of NCLT headed by Acting President B S V Prakash Kumar gave a go-ahead to the resolution plan of NBCC, which was already approved by the lenders of Jaypee Infratech in December last year.

The tribunal also modified the resolution plan and said Rs 750 crore deposited by Jaiprakash Associates would be part of the plan.

The successful resolution will provide a big relief to over 20,000 homebuyers across various housing projects launched by Jaypee Infratech in Noida and Greater Noida (Uttar Pradesh).

NBCC has proposed to complete over 20,000 pending flats in the next three-and-a-half years. Homebuyers’ claim amounting to Rs 13,364 crore and lenders’ claim worth Rs 9,783 crore have been admitted.

In its latest bid, NBCC offered 1,526 acres of land to lenders under a land-debt swap deal. On Yamuna Expressway, NBCC has proposed to transfer the road asset to lenders but before that it would take a loan of around Rs 2,500 crore against toll revenue to fund construction spend.

Jaypee Infratech, a subsidiary of crisis-hit Jaiprakash Associates, went into insolvency process in August 2017 after the NCLT admitted an application by an IDBI Bank-led consortium.