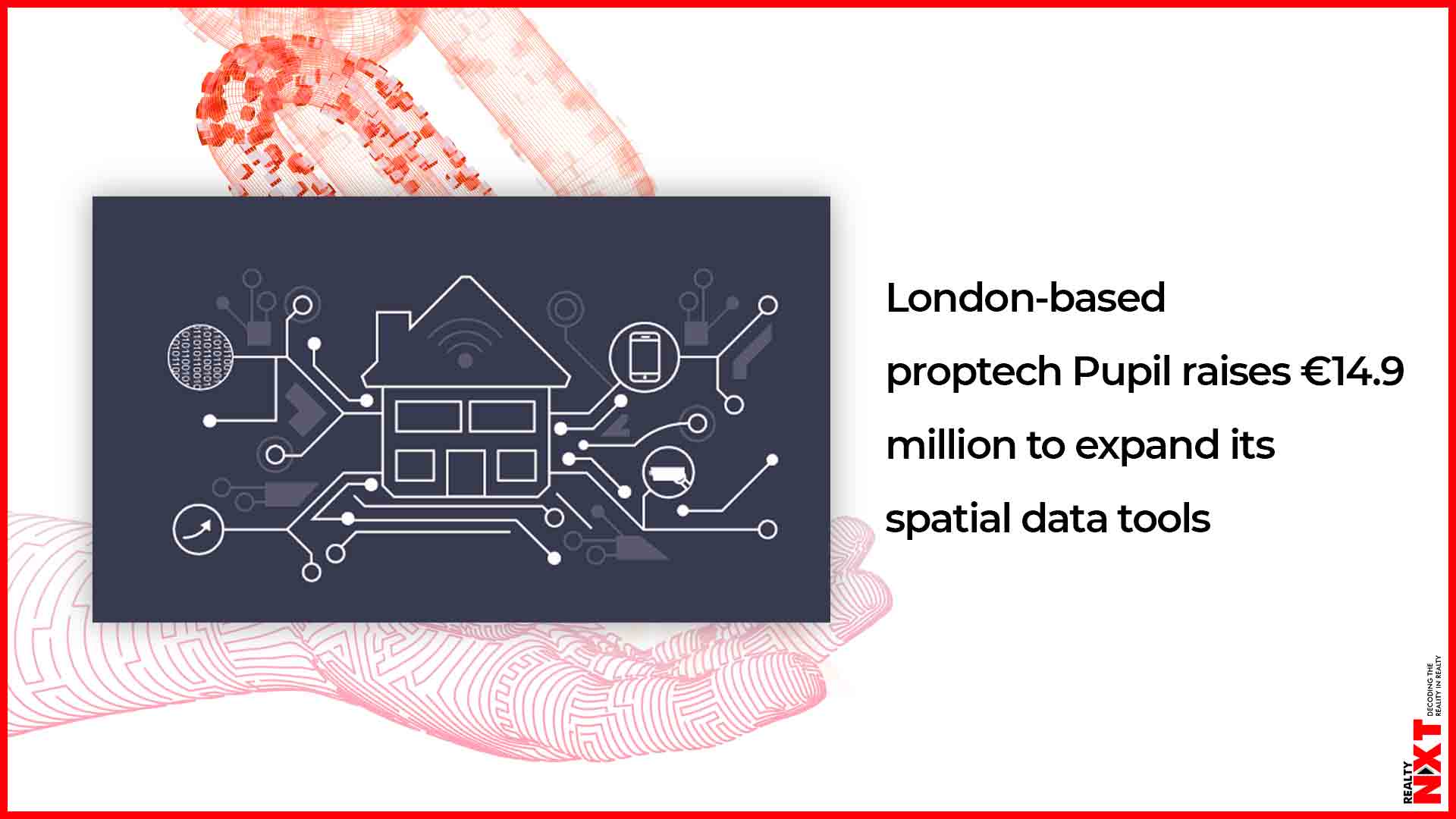 UK startup Pupil, a leader in AI-driven real estate measurement, has secured a fresh round of funding of €14.9 million, bringing the total raised since the company was launched in 2016, to €24.5 million. This follows on from an oversubscribed angel funding round and values the company at approximately €93.2 million.

Following three years of research and development, the startup released its first product Spec in June 2019: property marketing for agents. Since launch, Spec has been rolled out across more than 500 estate agency branches, capturing and generating thousands of digital twins of residential property every month. Over €7.4 billion of residential real estate has been captured comprising some 10 million square feet.

Spec takes transparency to a new level for sales and lettings of every size, by quickly delivering insured and accurate marketing assets everyone can trust. Spec’s revolutionary AI technology offers the first-ever verified, mass-market measurement solution and is rapidly becoming the new standard for the residential property industry.

James D Marshall, Founder and CEO said that following the successful launch of Spec in London, the company has ambitions of expanding internationally. “Since Pupil’s inception in 2016, the team has grown to over 100 and we plan to use this latest injection of investment to support the development of our products and services to deliver growth of the Pupil brands both in the UK and in major property hubs worldwide.”

Marshall added: “The company’s customers are a mix of large enterprises, nationwide franchise and independent estate agents. Spec is rapidly being adopted as the new measurement standard in the fast paced London market. Pupil’s second product Stak will be unveiled later this year and will be focused on disrupting the commercial real estate market, an industry that is rapidly adopting technology, and we aim to capitalise on this opportunity around the globe.”

The lead investors in this round acquiring a minority stake were Singapore’s prominent City Developments Limited, alongside a number of US-based investors who were early backers of Rightmove, several leading European family offices, high net worth individuals and the managers of some of world’s largest Hedge Funds.