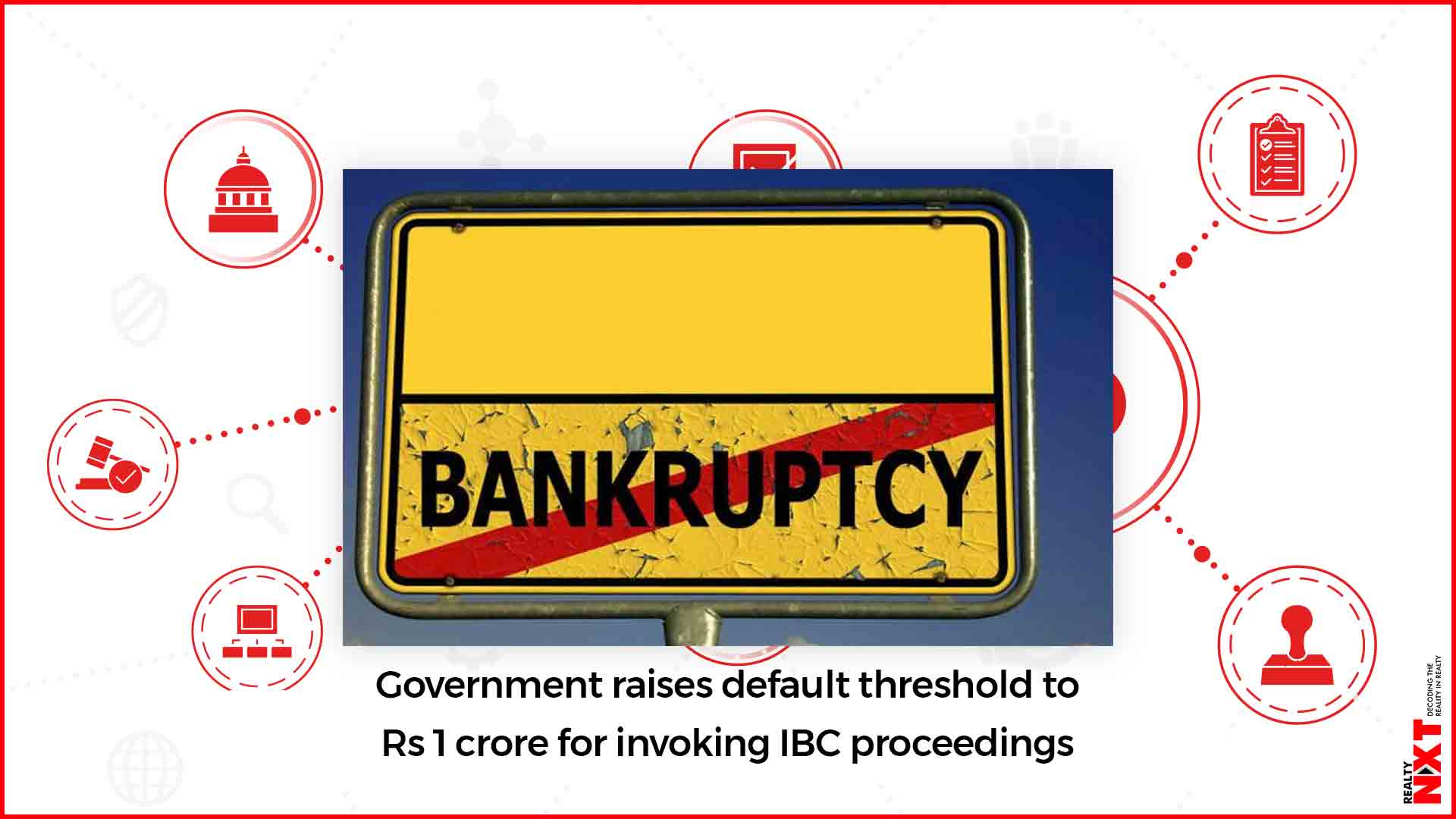 Spelling out other relief measures, the finance minister said no additional fees will be charged for late filing during a moratorium period from April 1 to September 30 in respect of any document, return, statement etc, required to be filed in the MCA-21 Registry, irrespective of its due date.

Government raised the threshold for invoking insolvency under the IBC to Rs 1 crore from the current Rs 1 lakh with a view to prevent triggering of such proceedings against small and medium enterprises that are facing currently the heat of coronavirus pandemic.

Talking to reporters, Finance and Corporate Affairs Minister Nirmala Sitharaman said the government may also consider suspending some key provisions of the Insolvency and Bankruptcy Code (IBC) in case the current situation following the outbreak of COVID-19 continued beyond April 30, 2020.

“Due to the emerging financial distress faced by most companies on account of the large-scale economic distress caused by COVID 19, it has been decided to raise the threshold of default under section 4 of the IBC 2016 to Rs 1 crore from the existing threshold of Rs 1 lakh,” Finance Minister Nirmala Sitharaman said, adding that it will be implemented straightaway.

This will by and large prevent triggering of insolvency proceedings against micro, small and medium enterprises (MSMEs), she said while announcing a series of relief measures relating to statutory and regulatory compliance matters across sectors in view of COVID-19 outbreak.

“If the current situation continues beyond April 30, 2020, we may consider suspending section 7, 9 and 10 of the IBC 2016 for a period of six months so as to stop companies at large from being forced into insolvency proceedings in such force majeure causes of default,” she said.

Spelling out other relief measures, the finance minister said no additional fees will be charged for late filing during a moratorium period from April 1 to September 30 in respect of any document, return, statement etc, required to be filed in the MCA-21 Registry, irrespective of its due date.

She further said that the mandatory requirement of holding meetings of the board of the companies within prescribed interval provided in the Companies Act (120 days), 2013, shall be extended by a period of 60 days till next two quarters, i.e. till September 30.

Besides, applicability of Companies (Auditor’s Report) Order, 2020 shall be made applicable from the financial year 2020-2021 instead of from 2019-2020 notified earlier.

This will significantly ease the burden on companies & their auditors for the year 2019-20, she said.

She also said that independent directors not attending single board meeting during the current fiscal will not be considered as violation of companies law.

Requirement to create a deposit reserve of 20 per cent of deposits maturing during the financial year 2020-21 before April 30 2020 has been allowed to be complied with till June 30, 2020 while requirement to invest 15 per cent of debentures maturing during a particular year in specified instruments before April 30 may be done so before June 30, 2020.

The finance minister also said that the newly incorporated companies which required to file a declaration for commencement of business within six months of incorporation will be given an additional six months.

Besides, non-compliance of minimum residency in India for a period of at least 182 days by at least one director of every company, under Section 149 of the Companies Act, will not be treated as a violation, she said.