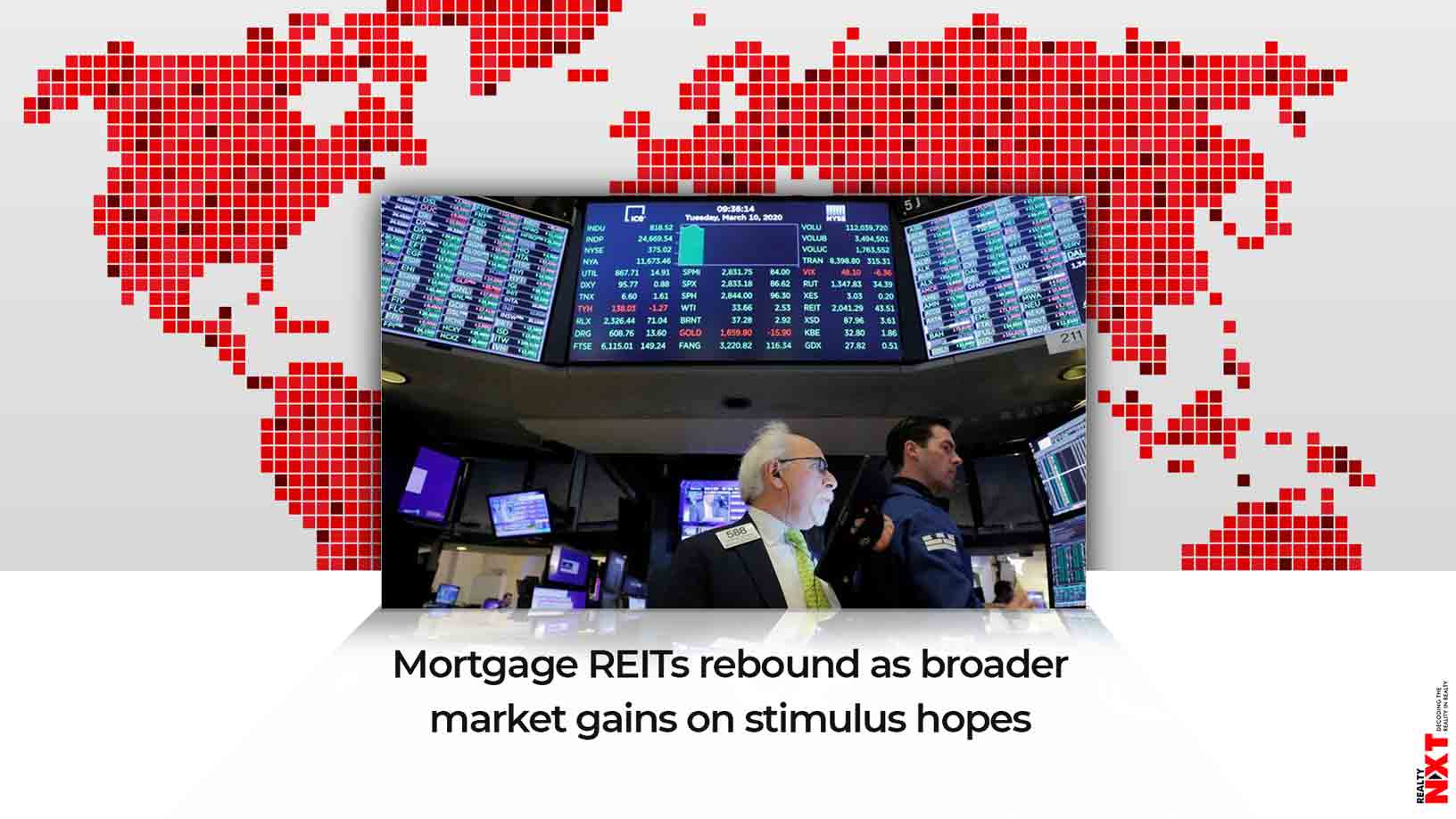 Mortgage REIT shares have faced wild market swings so far this week as some funds were forced to sell assets to meet margin calls on loans used to finance their positions, according to an IFR report analyzing the situation.

Mortgage REIT shares have faced wild market swings so far this week as some funds were forced to sell assets to meet margin calls on loans used to finance their positions, according to an IFR report analyzing the situation.

The U.S. Federal Reserve on Monday unveiled a broad support plan including purchases of government-guaranteed mortgages, but its stimulus does not cover non-agency mortgages that have no government guarantees.

Mortgage REITs were faced with funding gaps as they hold both types of loans.

The latest one to come under pressure was Exantas Capital Corp whose shares fell 31% to $1.92 after it said on Wednesday that it received margin calls from repo financing counterparties.

But MFA Financial Inc closed up 216.7% at $1.14, after falling 88% to 36 cents on Tuesday when it warned it was unable to meet near-term margin calls due to market disruptions resulting from the coronavirus pandemic.

Mortgage REIT investors took comfort in the U.S. Senate working on Wednesday toward a vote on a $2 trillion package aimed at supporting businesses and households devastated by the coronavirus pandemic.

But sector stocks pared gains sharply after White House economic adviser Larry Kudlow, in a Fox News interview, said a problem with language on jobless benefits in the bill “will be worked out,” indicating that it was not as close to being finalized as investors had hoped.

Mortgage REITs may not benefit directly from a stimulus package, but if it helps cash-crunched consumers or businesses pay rent this would enable landlords to make mortgage payments, and in turn boost REITs’ cash flow and share prices, said Gina Szymanski, portfolio manager at AEW Capital Management.

“A “pause” may be needed so other landlords can defer interest payments if tenants can’t pay rent, especially with a wave of mortgages maturating,” wrote Hill in a research note.

Keefe, Bruyette & Woods analyst Eric Hagen estimated that publicly traded mortgage REITs had aggregate assets of $400 billion to $450 billion at end of 2019. About $300 billion of those were government-backed mortgages while $125 billion were credit sensitive securities and loans not backed by the government, he noted.

“A week ago mortgage spreads were a lot wider. There was a lot less liquidity in that market,” said Hagen. “The fact that’s come under more control is positive.”

“Things are moving around too much still to say we’re out of the woods. That applies to the whole market. Mortgage REITs are sensitive to conditions in the capital markets.”

(Note: The story has been published without modifications to the text. Only the headline\ been changed.)

ALSO READ: More landlords in the UAE are waiving off rents for periods ranging up to three months