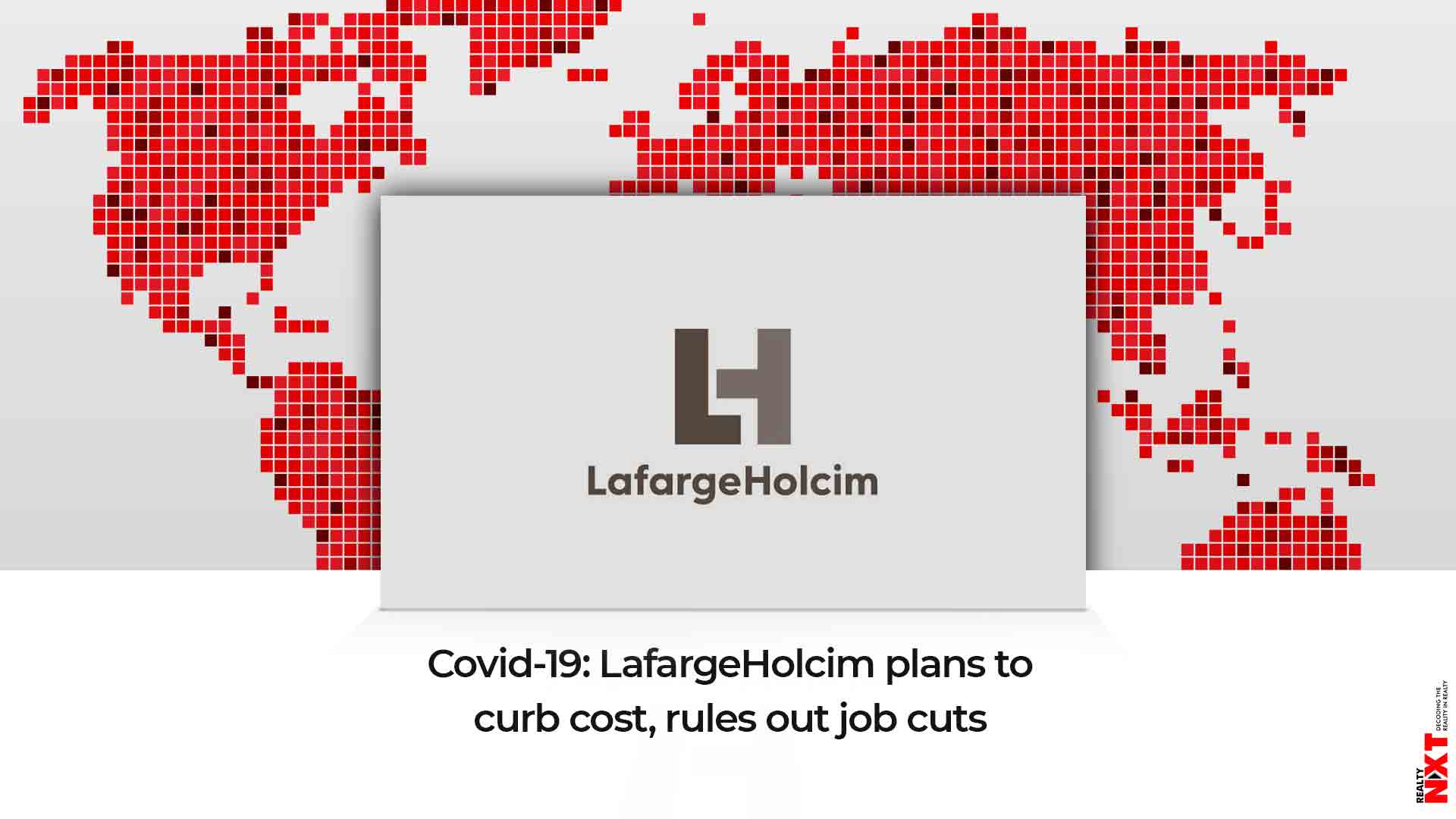 The Swiss company said it was trimming capital expenditure by at least 400 million Swiss francs ($416.5 million) compared to 2019 and reducing fixed costs by at least 300 million francs.

Lafarge Holcim ditched its profit forecast for 2020 and announced spending cuts to counter the downturn in construction caused by the coronavirus, the world’s biggest cement maker said on Friday, adding it was not planning job cuts for now.

The Swiss company said it was trimming capital expenditure by at least 400 million Swiss francs ($416.5 million) compared to 2019 and reducing fixed costs by at least 300 million francs.

“There is no decision whatsoever to let people go or to cut jobs,” a company spokesman said. LafargeHolcim employs 70,000 people globally.

“In the current situation, hiring people is not the first priority, but there is not a hiring freeze.”

LafargeHolcim, whose share price has slumped by a third this year, is the latest construction company to warn about the epidemic’s impact after Heidelberg Cement froze hiring and shut plants in Italy last week.

LafargeHolcim scrapped its guidance for annual sales to rise by 3%-5% and a recurring operating profit growth target of at least 7%. Although a recovery was beginning in China, it was experiencing disruptions elsewhere, it said.

“In most of the other key markets, the construction sector is disrupted and we forecast significant volume declines in April and May,” it said, predicting “a significant negative impact” on second-quarter business.

LafargeHolcim declined to comment on how many staff had contracted the disease. Most of its 2,000 plants globally were still operating fully, the company added.

It had previously been confident about its ability to weather the impact of the coronavirus.

Chief Executive Jan Jenisch said last month he expected to shake off the massive slowdown in China later this year, while other regions had not then been affected.

Jenisch did not comment on Friday, when the company said the situation was volatile and differed greatly from country to country.

It said it had strong liquidity of 8 billion francs, helped by the sale of assets last year, and would give a full assessment of the virus impact with first-quarter results on April 30.

It still planned to hold it annual general meeting on May 12, although shareholders will not be allowed to attend in person given Swiss rules limiting public gatherings.

Note: The story has been published without modifications to the text. Only the headline has been changed.)