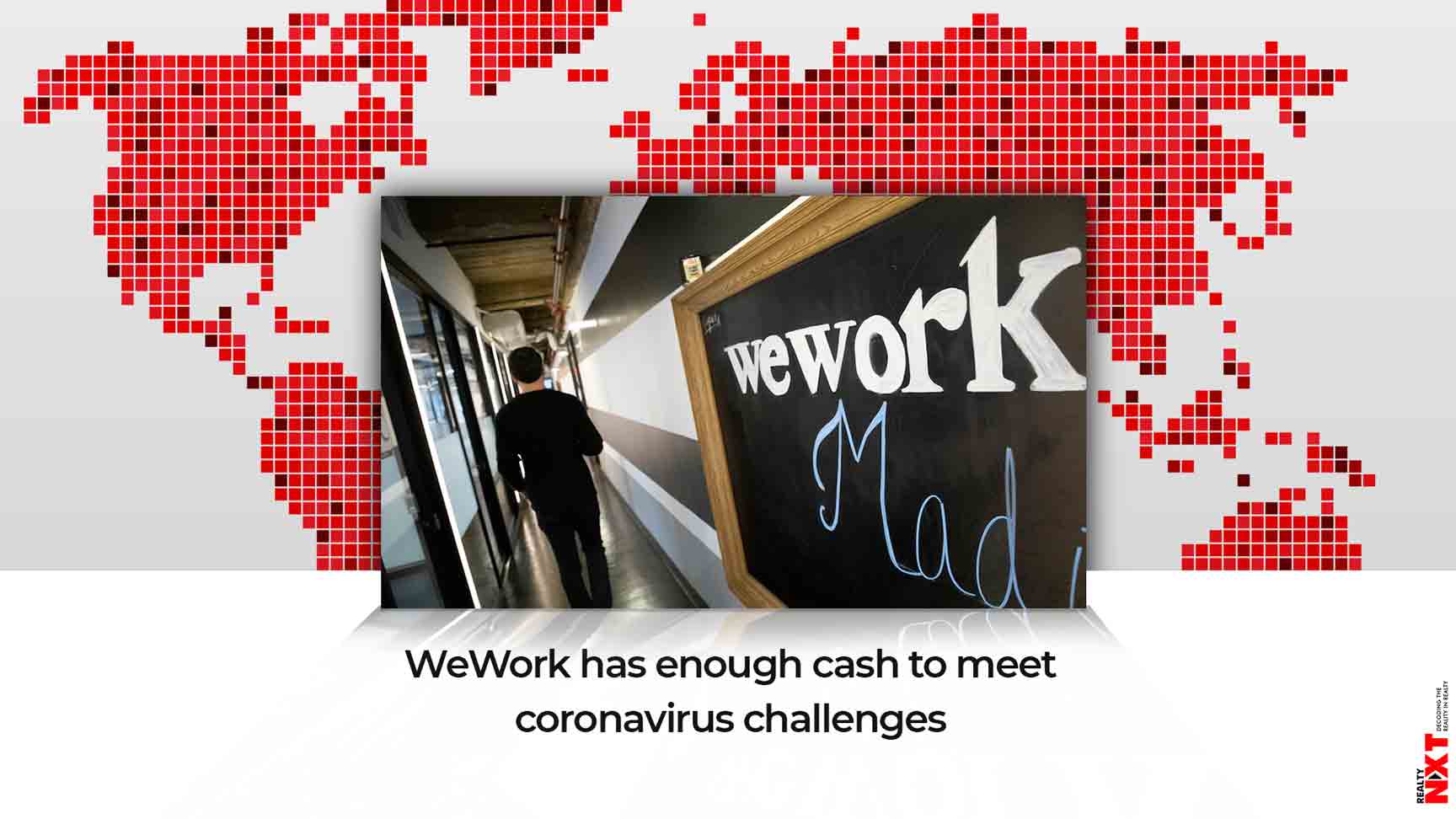 WeWork said it had $1.3 billion in cash at year end, $800 million of cash that became unrestricted when it closed on a new letter of credit facility in February and $2.2 billion senior unsecured debt funding from major shareholder SoftBank Group

Shared-office operator WeWork told investors on Thursday the $4.4 billion in cash and cash commitments it had at year-end 2019 is enough to execute its five-year plan and manage the challenges posed by the coronavirus crisis.

WeWork, whose losses more than doubled to $1.25 billion as of the third quarter of 2019, told that it was in a sound financial position to execute its previously announced plan through 2024.

WeWork said it had $1.3 billion in cash at year end, $800 million of cash that became unrestricted when it closed on a new letter of credit facility in February and $2.2 billion senior unsecured debt funding from major shareholder SoftBank Group .

It said it has another $100 million of remaining capital commitments from SoftBank. WeWork did not indicate the size of its losses by year-end.

WeWork also said it is unlikely to meet targets it had previously set for this year. It did not provide information on its full-year 2019 results, which it will release to bond holders after markets close at 4 p.m. on Thursday.

The company expanded its network of shared workspace to 739 locations in 37 countries by year end. WeWork indicates on its web site that it is now open or soon will be in 847 locations worldwide in 118 cities.

WeWork faces a tough business environment as its costs rise due to the coronavirus outbreak. The yield on its junk bonds has almost tripled to 34.8% in the past month as markets plunged on pandemic-induced recession fears.

S&P Global’s credit rating unit on Monday cut WeWork’s 7.875% bond further into junk territory and put the company on watch for possibly another downgrade over concerns about SoftBank’s commitment to WeWork.

The pandemic’s disruption and a rush to remote working could weigh heavily on WeWork by reducing occupancy, increasing operating costs and pressuring the company’s ability to fill positions, S&P Global said.

WeWork’s ability to fully access the remaining $3.3 billion in debt funding and a successful completion of SoftBank’s $3 billion tender offer to other shareholders also bear watching, it said.

The special committee of WeWork’s board indicated earlier this week that it will oppose any effort by SoftBank to forego or alter its planned tender offer. SoftBank said it informed shareholders that not all conditions of the offer have been met.

(Note: The story has been published without modifications to the text. Only the headline has been changed.