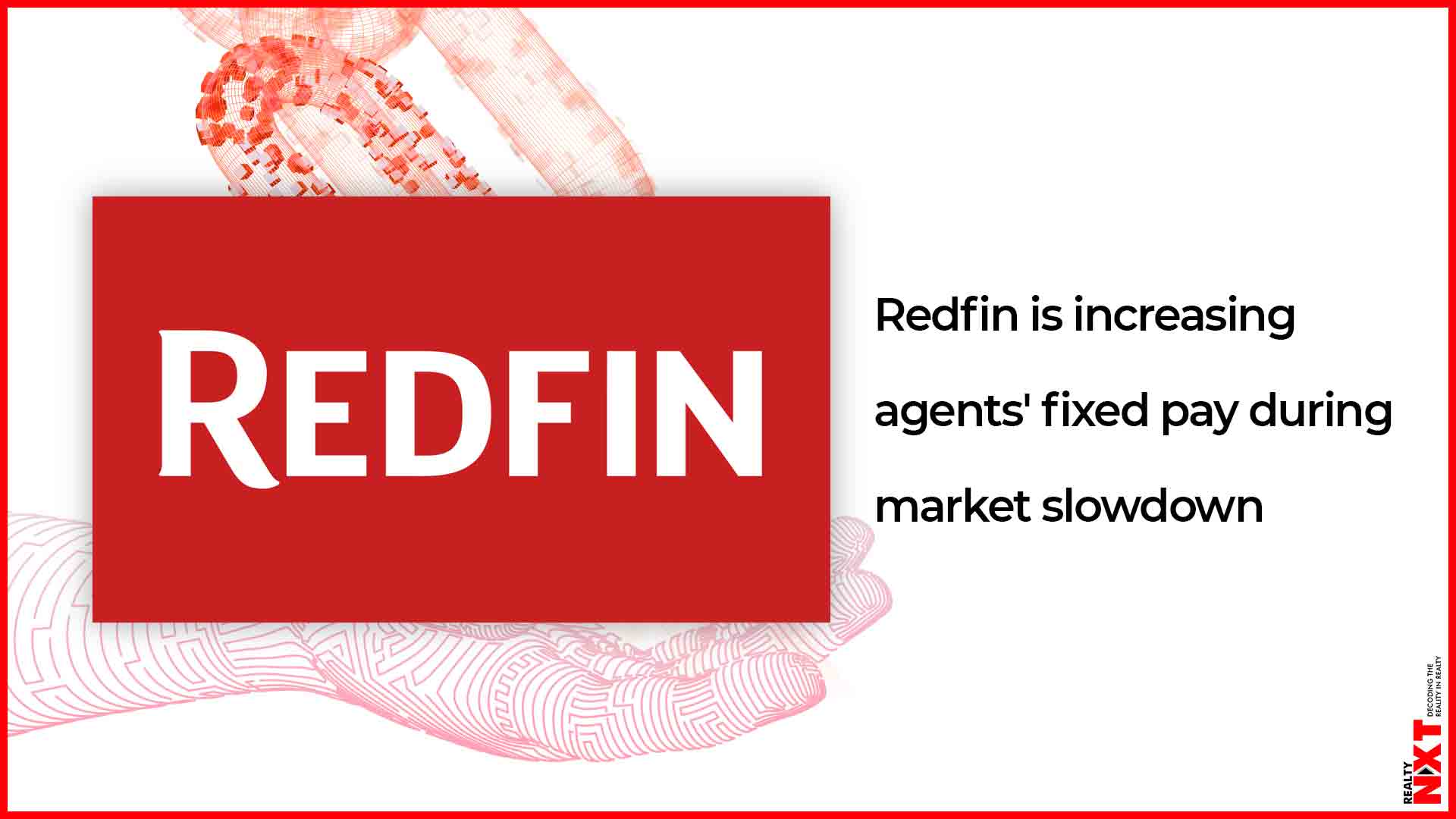 Redfin is going to temporarily increase the fixed portion of its agents’ pay amid the coronavirus-fueled market slowdown that’s impacting some parts of the country more significantly than others. In an effort to offset costs, CEO Glenn Kelman has elected not to take a salary for the rest of 2020 and the company’s management team is forgoing 2020 bonuses.

“Near the very top of the list of those assets is our nationwide network of real estate agents who have made Redfin the most productive real estate brokerage in the United States,” Mylod wrote.In a letter to shareholders filed Thursday with the U.S. Securities and Exchange Commission, Redfin Chairman Bob Mylod said the board of directors held an unscheduled meeting to discuss the impact that COVID-19 (coronavirus) could have on the company’s financial position. At the meeting, the company discussed ways to best protect the businesses’ assets.

Unlike the rest of the industry, which operates on an independent contractor model, agents at Redfin are employees. While agents do get a fixed salary, they are also compensation on a bonus structure based on consumer feedback from closed transactions.

“The compensation of our agents is heavily variable and driven by home sales,” Mylod wrote. “However, with an expected material drop-off in transactions in the coming weeks and months, our agents’ wages are likely to be hurt disproportionately.”

The fixed portion of agents’ income will be temporarily increased while the company waits to better understand the possible length of the downturn associated with the pandemic. The company hasn’t ruled out eventually furloughing some workers and laying off others, including both agents and workers at the company’s headquarters.

In an effort to pay for the cuts, Kelman will not take a salary for the remainder of the year and the company’s management team has elected to not take cash bonuses for 2020. All of the employees at Redfin’s headquarters won’t take cash bonuses in the first half of 2020. The Redfin board of directors also unanimously agreed to forgo cash fee payments for serving on the board for the year, according to the letter.

Redfin’s most recent proxy statement from 2019 shows Kelman earns a $250,000 base salary as CEO, which is the lowest on the executive team.

“From a pure dollars and cents perspective, these moves help offset some of these costs,” Mylod wrote. “In reality, these moves are demonstrative of Redfin’s most important asset: its culture.

“At its core, Redfin is a culture of service — in which your board of directors serves you, in which executives serve employees, in which engineers and analysts serve agents … and we all serve customers.”

Other publicly traded companies are making similar changes as the market continues to be uncertain. Realogy announced earlier this week that CEO Ryan Schneider would slash his pay by 90 percent with all of his direct reports taking a 50 percent paycut and many other employees taking small salary reductions. Zillow announced it would cut expenses by 25 percent for the quarter, which included a hiring freeze.

Like Zillow CEO Rich Barton, Redfin also is bullish on what this current pandemic could mean for the future of tech-enabled real estate experience.

“Finally, this pandemic seems likely to change everything about real estate in favor of a technology-driven brokerage like Redfin,” Mylod wrote. “Rest assured that Glenn and the entire Redfin team are working at an accelerated pace to develop the tools that will further transform the way in which homes are bought and sold.”