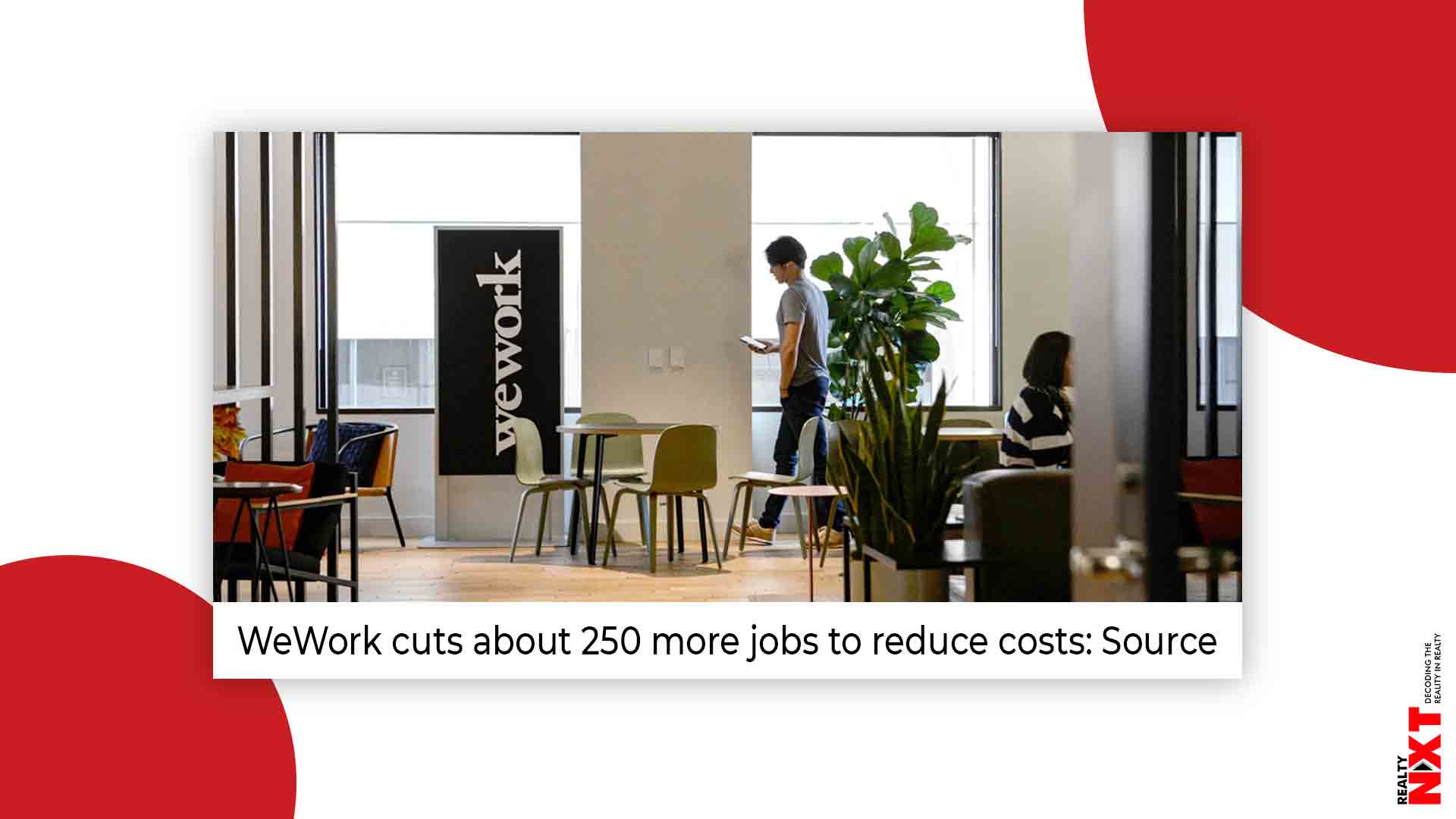 In November, the office-leasing company said it would lay off around 2,400 employees globally to cut costs.

Shared-office operator WeWork has cut about 250 more jobs, a person familiar with the matter told Reuters, as the company seeks to reduce costs after its failed initial public offering last year.

The latest job cuts took place on Thursday in the development department of the company, according to the source, who asked not to be identified. It was not immediately clear where the job losses would be.

In November, the office-leasing company said it would lay off around 2,400 employees globally to cut costs.

“WeWork is continuing to execute its new strategic plan. As a result, we are realigning certain functions and teams to reflect our business priorities,” a WeWork spokeswoman said in an emailed statement.

“Employees impacted by the layoffs received severance, continued benefits and other forms of assistance to aid in their career transitions,” the statement added.

The fresh job cuts were reported earlier by Bloomberg. It said they were not linked to the effects of the coronavirus pandemic.

The company told investors earlier this week that the $4.4 billion in cash and cash commitments it had at year-end 2019 is enough to execute its five-year plan and manage the challenges posed by the virus crisis.

WeWork, whose losses more than doubled to $1.25 billion as of the third quarter of 2019, told bond investors in a letter sen by Reuters that it was in a sound financial position to execute its previously announced plan through 2024.

However, the ongoing coronavirus outbreak poses a challenge for the company. The pandemic’s disruption and a rush to remote working could weigh heavily on WeWork by reducing occupancy, increasing operating costs, and pressuring the company’s ability to fill positions, according to a previous assessment by S&P Global.