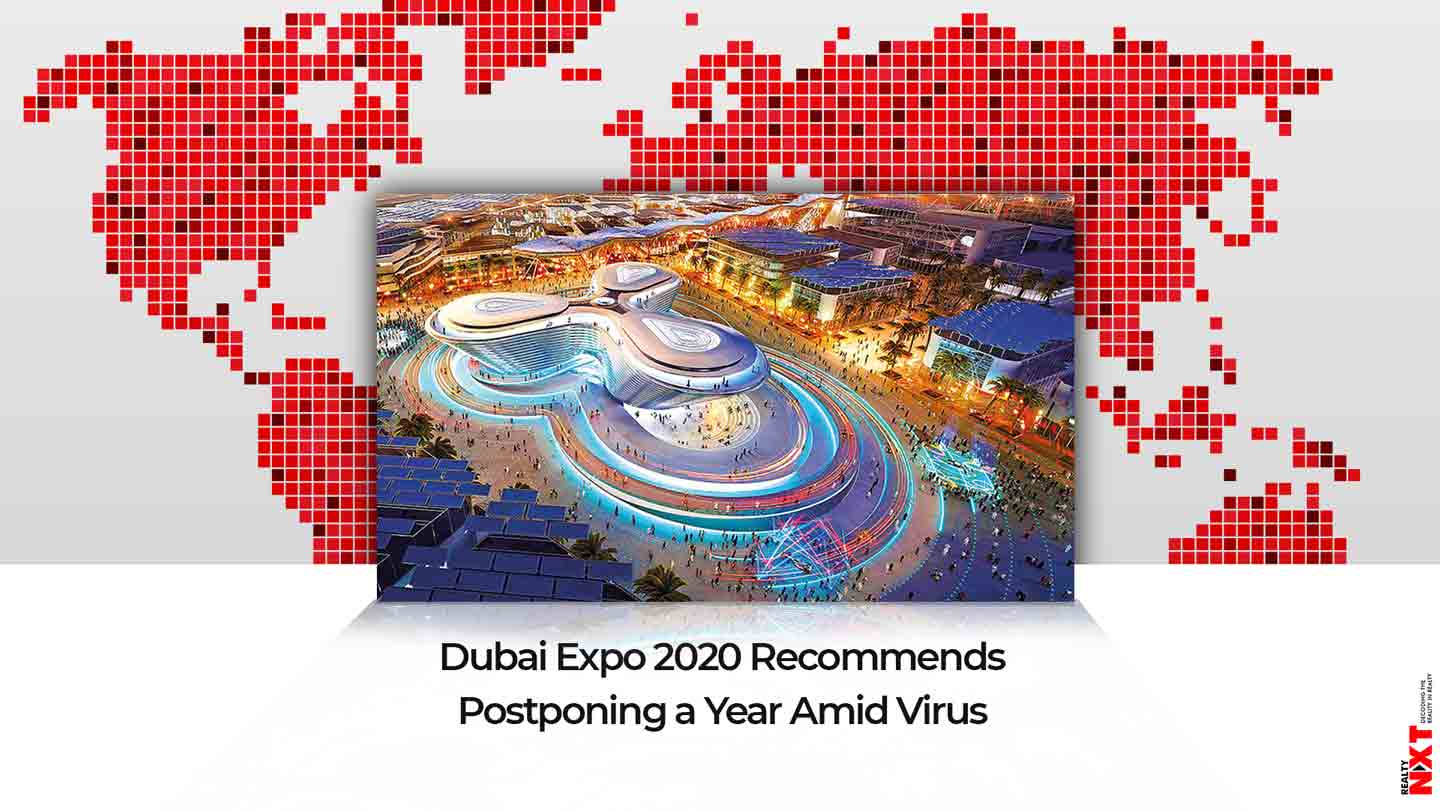 Dubai’s Expo 2020 should be postponed to next year over the new coronavirus pandemic, local organizers recommended Monday, pushing back a world’s fair that the sheikhdom has bet billions of dollars on to rejuvenate its troubled economy.

The ultimate decision over the event will be made by Paris-based Bureau International des Expositions, which had awarded the fair to this skyscraper-studded city in 2014. That helped boost Dubai’s crucial real-estate market and had officials hoping for more tourists in this city-state that is home to the world’s busiest airport for international travel.

Now, the pandemic has grounded flights by Dubai’s long-haul carrier Emirates, jeopardized global tourism and caused further panic in a real-estate market already down by a third since the 2014 announcement.

Reem al-Hashimy, the director-general of Expo 2020, said in a statement that participants had been “significantly impacted” by the virus and the COVID-19 illness it causes.

“The UAE and Expo 2020 Dubai have listened,” al-Hashimy said in the statement. “In the spirit of solidarity and unity, we supported the proposal to explore a one-year postponement.”

The statement also quoted Dimitri S. Kerkentzes, the secretary-general of the Bureau International des Expositions, as saying the recommendation was “welcome” under the circumstances.

“We retain full confidence in the UAE’s ability to host a World Expo that inspires and delights millions, when the time is right,” Kerkentzes said.

The International des Expositions meanwhile told it would now work to “establish a change in dates” for an upcoming meeting to discuss the proposed postponement. It also said it was confident in Dubai making sure the tens of thousands of workers at the under-construction Expo site don’t contract the coronavirus themselves, without elaborating.

Confirmed cases worldwide now number 725,000, with 34,000 death. Already, the Tokyo Olympics and other major world events have been postponed over the virus. While two-thirds of the bureau’s members must approve a delay, it likely will be granted.

The project has been huge in Dubai. Already, construction costs around the event are estimated at $7 billion.

The cost of the event had raised concerns given the economic outlook. Dubai will need to incorporate the new city they’ve built for Expo 2020 into its sprawling real estate market after the six-month event ends. Even before the pandemic, that market shows signs of trouble.

Real estate speculation and the Great Recession helped drag down Dubai’s economy in 2009. A sharp drop in oil prices in 2014 also hurt its economy, as has tension between the U.S. and Iran and the war in Yemen. While the Emirates has pulled out of the Saudi-led war in Yemen, oil prices have dropped to nearly $20 a barrel amid a price war.

Dubai’s real estate market, which has been a major economic driver since it allowed foreigners to own property beginning in 2002, has seen its value drop by a third since its 2014 peak. Apartments, villas and office space stand empty, and more properties are due to come onto the market in the coming years, sparking enough alarm for Dubai’s government to set up a commission to come up with ways of heading off the problem.

On Sunday, Dubai’s largest, fully private real-estate developer DAMAC Properties announced its first yearly loss since becoming a publicly traded company. Late Saturday, global ratings agency S&P announced it lowered its rating for DAMAC from B+ to B over concerns about the economic fallout from the outbreak.

The ratings agency said it expected the fall in residential prices in Dubai will be steeper than previously forecast, with “adverse trends” stretching into 2021.

The S&P also lowered its ratings for the Dubai real estate juggernaut Emaar Properties, of which the sheikhdom’s sovereign wealth fund owns about a third. Emaar warned investors Monday it would not be paying a dividend amid the pandemic.

ALSO READ: Multiple listing services grapple with how to best serve their agent and broker subscribers during the coronavirus outbreak