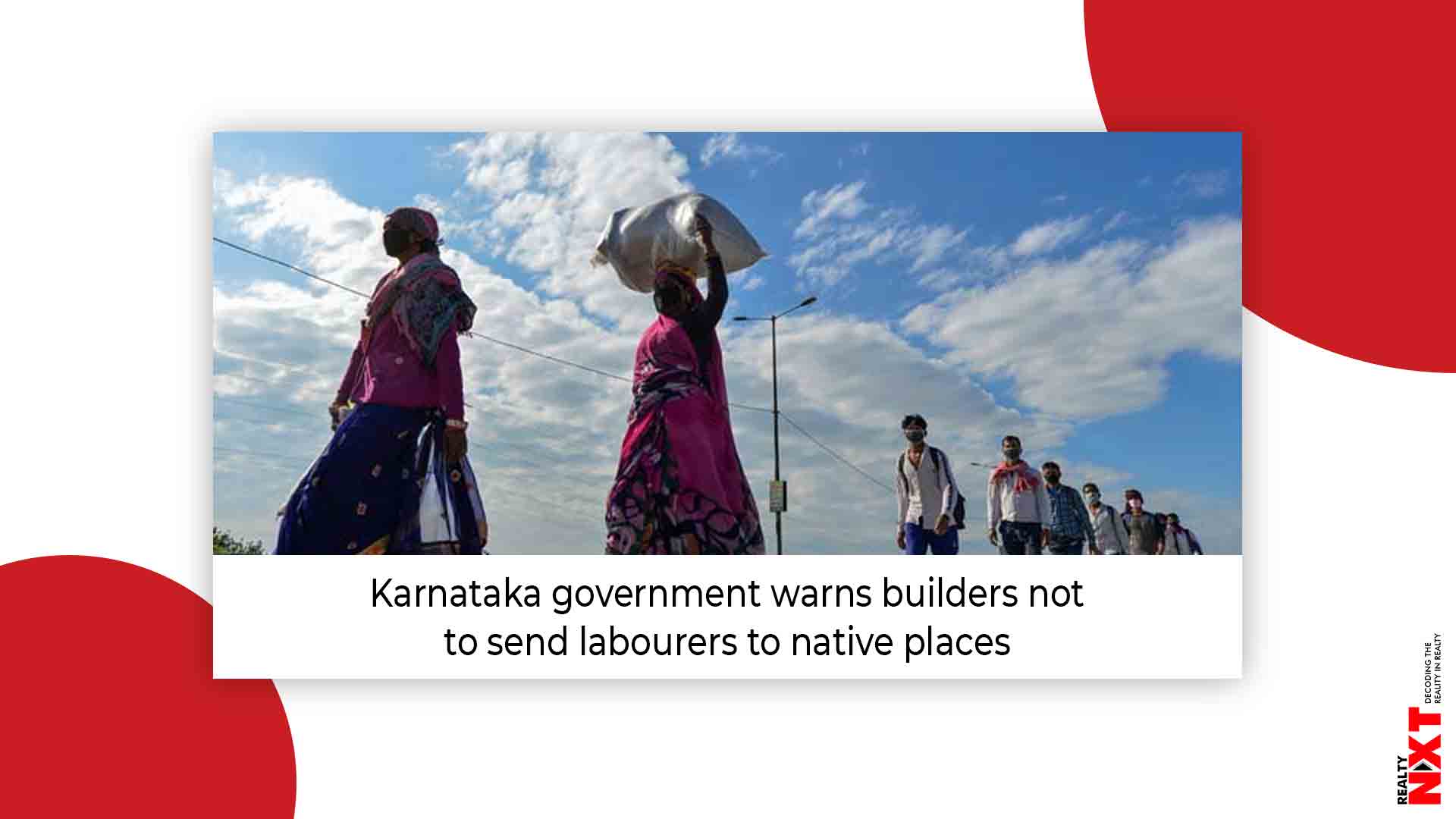 Contractors will have take the responsibility of providing labourers with food, grocery, accommodation and other necessary arrangements, it said.

In the wake of lockdown aimed at controlling COVID-19 spread in the state, the Karnataka government and the city civic body (BBMP) has asked project contractors, builders and developers in the city not to send their labourers to their native place and instead provide them with amenities like food and shelter. The administration has also warned of legal action and blacklisting of contractors or builders if they are found violating theinstructions.

In a notice signed by Revenue Minister R Ashoka and Bengaluru Mayor Goutham Kumar, it is said that the contractors who have obtained projects contract from Bruhat Bengaluru Mahanagara Palilike (BBMP) should not send laubourers working under them to their native place during the lockdown period.

Contractors will have take the responsibility of providing labourers with food, grocery, accommodation and other necessary arrangements, it said.

Warning of legal action if labourers working under the contractors are found roaming in public places, the notice also states that government will provide passes to officials and staff of the contract companies to make arrangements, during the lockdown.

In a similar notice to builders and developers in Bengaluru city limits, they have been asked not send labourers working under them to their native during the lockdown period, and provide them with basic amenities like food and shelter.

Builders and developers have also been warned of legal action, on any violation.

Speaking to reporters, Ashok said no labourer or any other persons should be forced to vacate their rented accommodationby owners or landlords.

If any such act comes to our notice, legal action will be taken against owners and may even send them to jail.

During the meeting of top officials on Monday, the government had decided to take marriage halls to provide food and other arrangements for migrant labourers in all wards of Bengaluru.

Following up with this, it has been decide that the BBMP will take over 214 marriage halls, convention, community and party halls among other such facilities under its limits and hand it over to the Labour department to make temporary food and stay arrangements, until further orders.