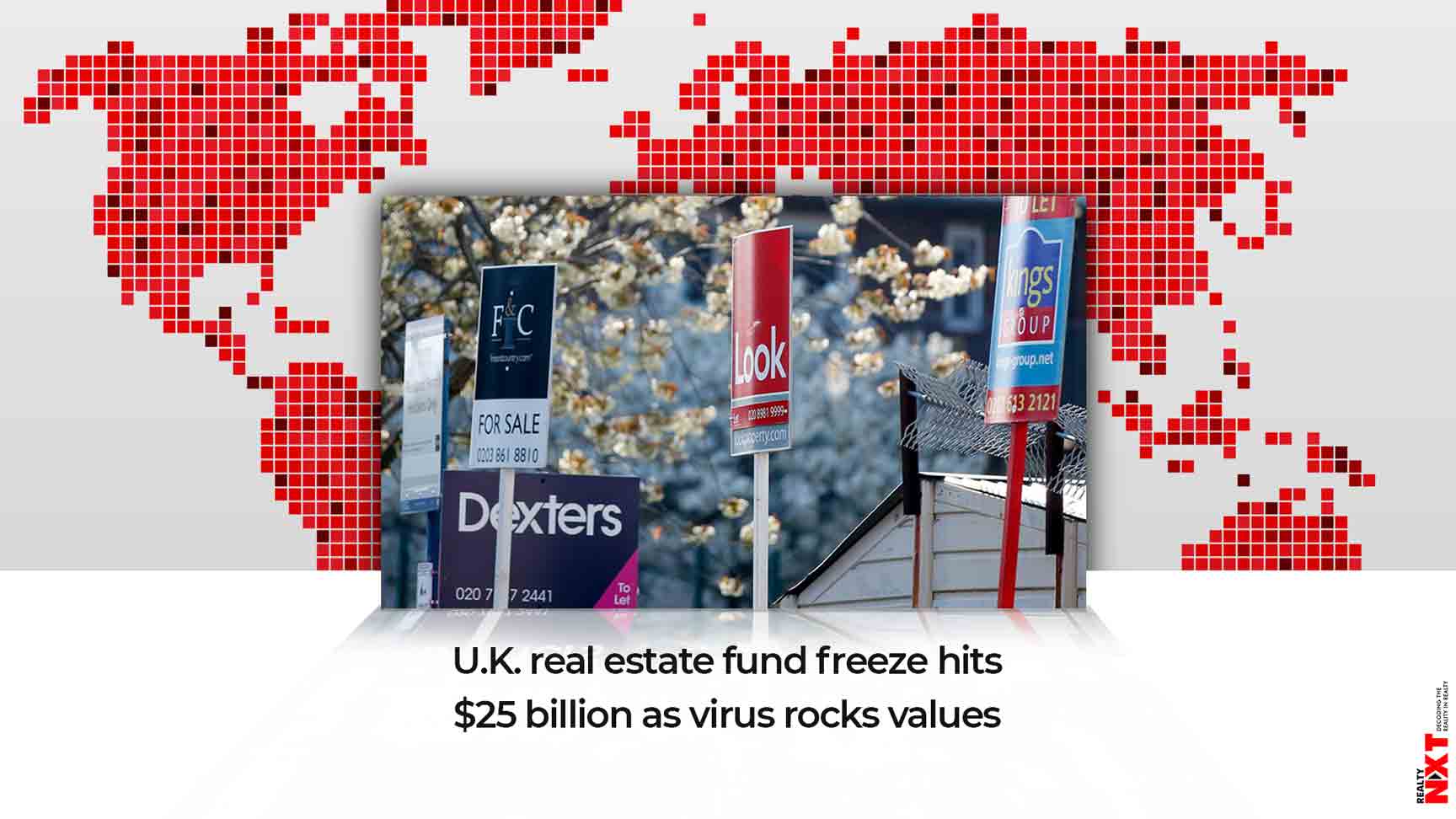 The suspensions of these funds for professional investors, which have about £9 billion of assets under management, follow previous decisions by a range of firms to lock up up about £11 billions of mom-and-pop clients’ cash.

The lockdown of U.K. real estate funds has now put about £20 billion ($25 billion) out of investors’ reach as the coronavirus pandemic batters the economy and makes valuation of assets nearly impossible.

BlackRock, Schroders and Legal & General Group are among the latest firms to freeze some funds, telling their institutional clients that withdrawals are halted indefinitely because of the outbreak, according to company statements. The suspensions of these funds for professional investors, which have about £9 billion of assets under management, follow previous decisions by a range of firms to lock up up about £11 billions of mom-and-pop clients’ cash.

The temporary suspensions, which will be regularly reviewed, show the impact that the government’s shutdown of much of the economy is having on the commercial real estate market. The immediate difficulty for fund managers is that as real estate deals dry up, it becomes extremely difficult to accurately value their assets, reflected in the “material uncertainty” clause introduced in valuers’ assessments. Funds are also getting hit by concerns over rental income as the risk increases that tenants won’t be able to pay their bills.

Unlike most funds for retail investors, who are allowed to withdraw their money on a daily basis, the funds for professional clients tend to have monthly or quarterly redemptions. In addition, professionals are often long-term investors who are less likely to yank their money quickly. These two factors have meant that such institutional funds have generally been less susceptible to the outflows that have plagued their retail peers in recent years.

“The impact of the valuers’ uncertainty clause was more immediate for the daily traded funds,” John Forbes, an independent property consultant, said in an emailed note. “Since their suspensions, attention has moved on to the monthly and quarterly dealing funds.”

Valuation concerns for the institutional funds was compounded by “rents due but not received on the quarter day, March 25, the implications of which are likely to becoming apparent in the coming weeks,” Mr. Forbes said.

Not all such funds have locked out investors, choosing instead to mark down the values of their funds.

The AEW U.K. Core Property fund has applied a 14% reduction to its value at the recommendation of an independent sub-committee, according to an investor letter seen by Bloomberg. That means that any redemptions would be worth 14% less than the fund’s net asset value.

A spokeswoman for AEW declined to comment beyond what was in the letter.