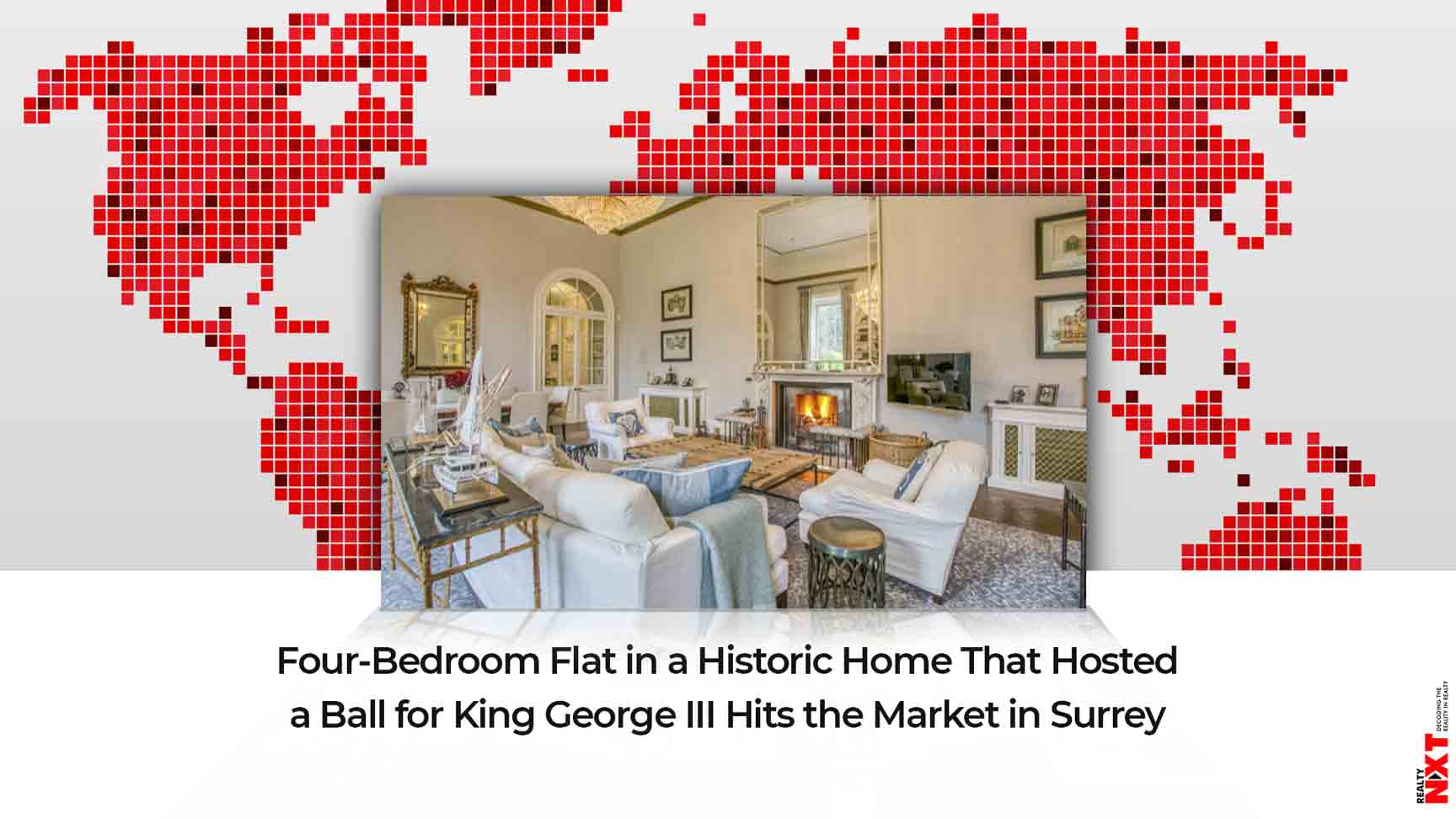 The scene of the third wedding in the 1994 romantic comedy when Carrie (Andie MacDowell) marries Hamish (Corin Redgrave) took place at St. Peter and St. Paul’s Church, which is on the estate.

A stately apartment, with refurbished grand reception rooms and a parkland setting in the U.K. county of Surrey, went on the market last month for £2.5 million (US$3.1 million)

The Grade II*-listed Albury Park Mansion, where the property is situated, hosted King George III’s post-coronation ball in 1761, and it sits on an estate that was featured in the film “Four Weddings and a Funeral, according to Ian Camplin, joint head of residential sales at Savills Guildford, the selling agent.

The scene of the third wedding in the 1994 romantic comedy when Carrie (Andie MacDowell) marries Hamish (Corin Redgrave) took place at St. Peter and St. Paul’s Church, which is on the estate.

This ground-floor four-bedroom apartment has a vast drawing room with a four-meter-high ceiling and three almost full-length windows. Its kitchen has a soaring vaulted gothic-style ceiling with a mezzanine overlooking the space, according to the property’s sales details.

Occupying the rear half of the house, it has its own private gardens, which recently hosted a wedding reception for 150 people, and is surrounded by five acres of communal grounds, according to sales details. The lower ground floor has a spa, gym, sauna and wine stores.

The 5,929-square-foot property has period character, grandeur and volume, as well as contemporary features, Mr. Camplin said. “It is well laid out and it doesn’t feel too large. You would feel like you lived in all of it.”

“It is a lifestyle property,” he added. “It would potentially suit a downsizing couple who come from a house of a similar ilk and are looking for a lock-up-and-leave home.”

Paul Kerr, who is the former owner of Small Luxury Hotels of the World, bought the property five years ago from developer Candy & Candy, renamed Candy Property in 2018, as a country pad, Mr. Camplin said. He has decided to sell as he is moving back to London.  Mr. Kerr could not be reached for comment.

Albury Park Mansion, which was built in the 1700s, has an impressive architectural pedigree: Sir John Soane, who designed the Bank of England, created its cantilevered staircase, and Augustus Pugin, who co-designed the Palace of Westminster, designed its gothic neo-Tudor facades and its crowning glory: its 63 candlestick chimneys.

Albury Park Mansion, which was converted into 12 apartments in the mid- 2000s, lies within Albury Park, a parkland estate owned by the Duke of Westminster. The town of Guildford is five miles away and has a railway station with services to London that take just under an hour.

(Note: The story has been published without modifications to the text. Only the headline has been changed.