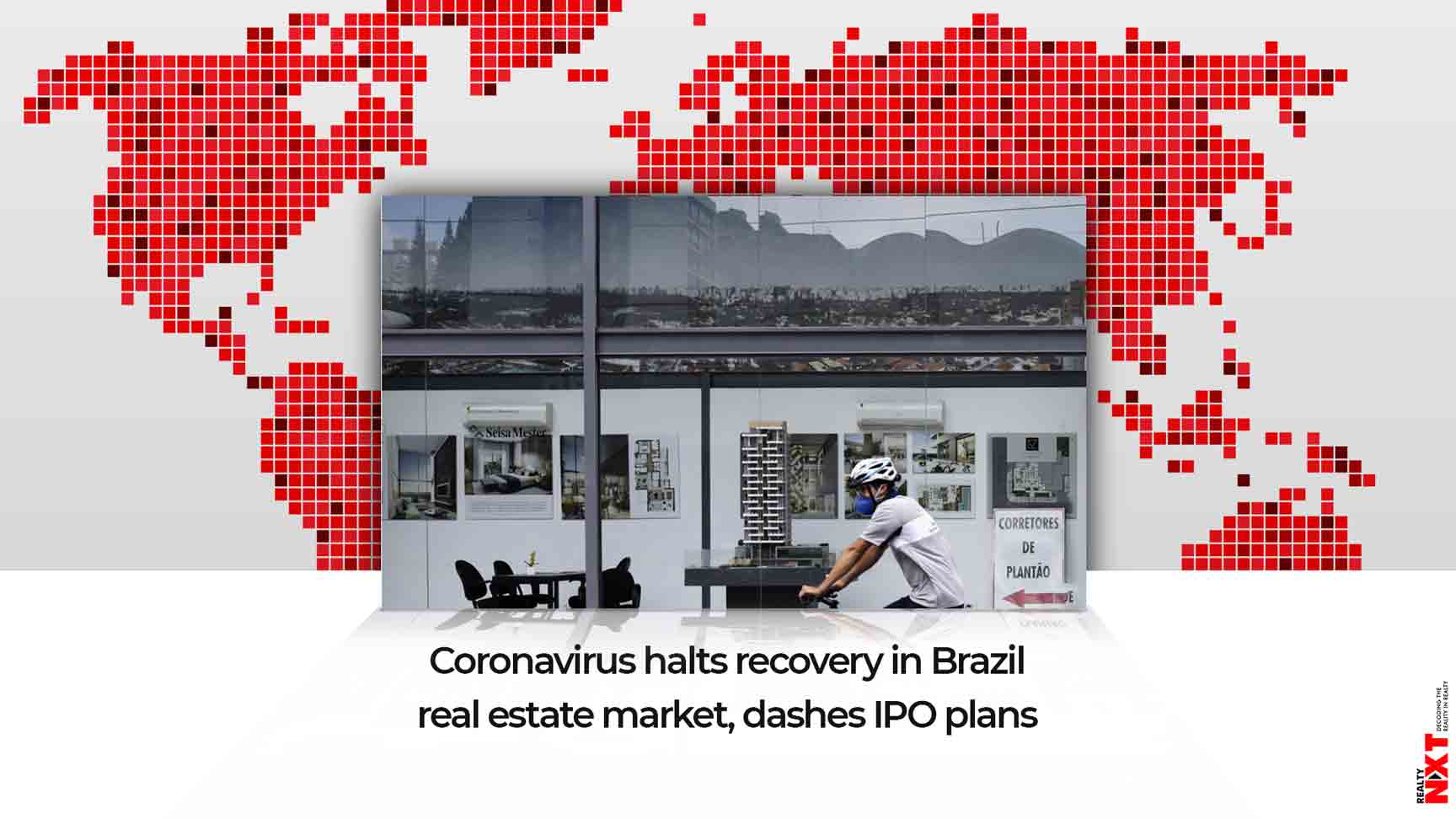 One of several thriving construction corridors in Brazil’s largest city, the bustling activity – together with a long queue of companies seeking IPOs to raise around 10 billion reais ($1.97 billion) – seemed to indicate that the country’s long-depressed real estate market was finally back.

While work continues at many of those sites on streets suddenly emptied by coronavirus-related quarantine, the dozen planned stock flotations have all been canceled or postponed.

Shares of Mitre Realty Empreendimentos SA (MTRE3.SA), which early in February became the first developer in more than 10 years to list shares on the Sao Paulo stock exchange, have since sunk 43%, even steeper than the 35% drop in the benchmark Bovespa stock index.

“If you look at the stock market now you see investors selling off to protect themselves from uncertainties, so it is not a good time for initial public offerings,” said Luiz Antonio França, president at the Brazilian association of Real Estate Developers (Abrainc).

Construction plays a crucial role in Brazil’s economy, accounting for roughly 4% of GDP and more than 5% of formal jobs. But like Latin America’s largest economy as a whole, it has tended to swing from boom to bust, struggling to emerge from a painful recession that hit the country starting in 2014.

Now, even with interest rates at a record-low level of 3.75%, which would normally encourage housing loans, Brazilians are likely to postpone the purchase of properties amid warnings of looming unemployment as companies are forced to suspend activities and shut factories, industry observers say.

“The real estate market is usually a haven in times of crisis, but sales cancellations or postponements can happen if unemployment rises,” said Basilio Jafet, president of the housing union Secovi in Sao Paulo, Brazil’s business hub.

About a month ago, Secovi had estimated a 10% rise in new home sales this year in Sao Paulo city amid expectations of economic reforms.

But despite homebuilders’ efforts to keep sales going through online channels, even as the quarantine shutters brokerage offices and project showrooms, those numbers are likely to be cut after the coronavirus outbreak.

According to Health Ministry, Brazil had 5,717 confirmed cases and 201 deaths as of Tuesday.

“It was such a perfect scenario for real estate – low interest rates, economic activity rebounding and sales starting to pick up,” said Guilherme B. Netto, partner at RBR Asset Management, which specializes in real estate assets. “Now everything’s uncertain.”

Despite lockdowns and disruptions in transportation, construction sites are functioning and homebuilders intend to keep them open as workers are mainly outdoors.

A rotation scheme for lunch breaks has also been adopted to reduce the risk of contagion, Jafet added. Slideshow (4 Images)

“We are the locomotive, so if we stop, the wagons will also stop,” said José Carlos Martins, president of the Brazilian Chamber of Construction Industry, adding that 62 other sectors such as retail are impacted by construction.

While ongoing projects are on track, uncertainty regarding the crisis’ duration may put new ventures at risk.

“We are not going to launch anything new the way things are,” Raphael Horn, co-chairman of Cyrela Brazil Realty SA (CYRE3.SA), told investors on a recent conference call.

Unemployment, expected to skyrocket after the coronavirus outbreak, is the biggest looming concern, said asset manager Gabriel Trebilcock, at Sao Paulo-based Ace Capital. “Low interest rates are important for the sector, but it is not all. Unemployment rate should go down to boost sales.”

Still, the industry remains cautiously optimistic, pointing to signs of hope from the virus’ initial epicenter.

“China has managed to control the virus, so we can only hope the rest of the world will do so too and our sector surely recovers as fast as it tumbled,” said the real estate developers group’s França.

Others are still striving to maintain the schedule of new projects for as long as possible.

“But at moments like this, a Monday decision may not last until Tuesday.”