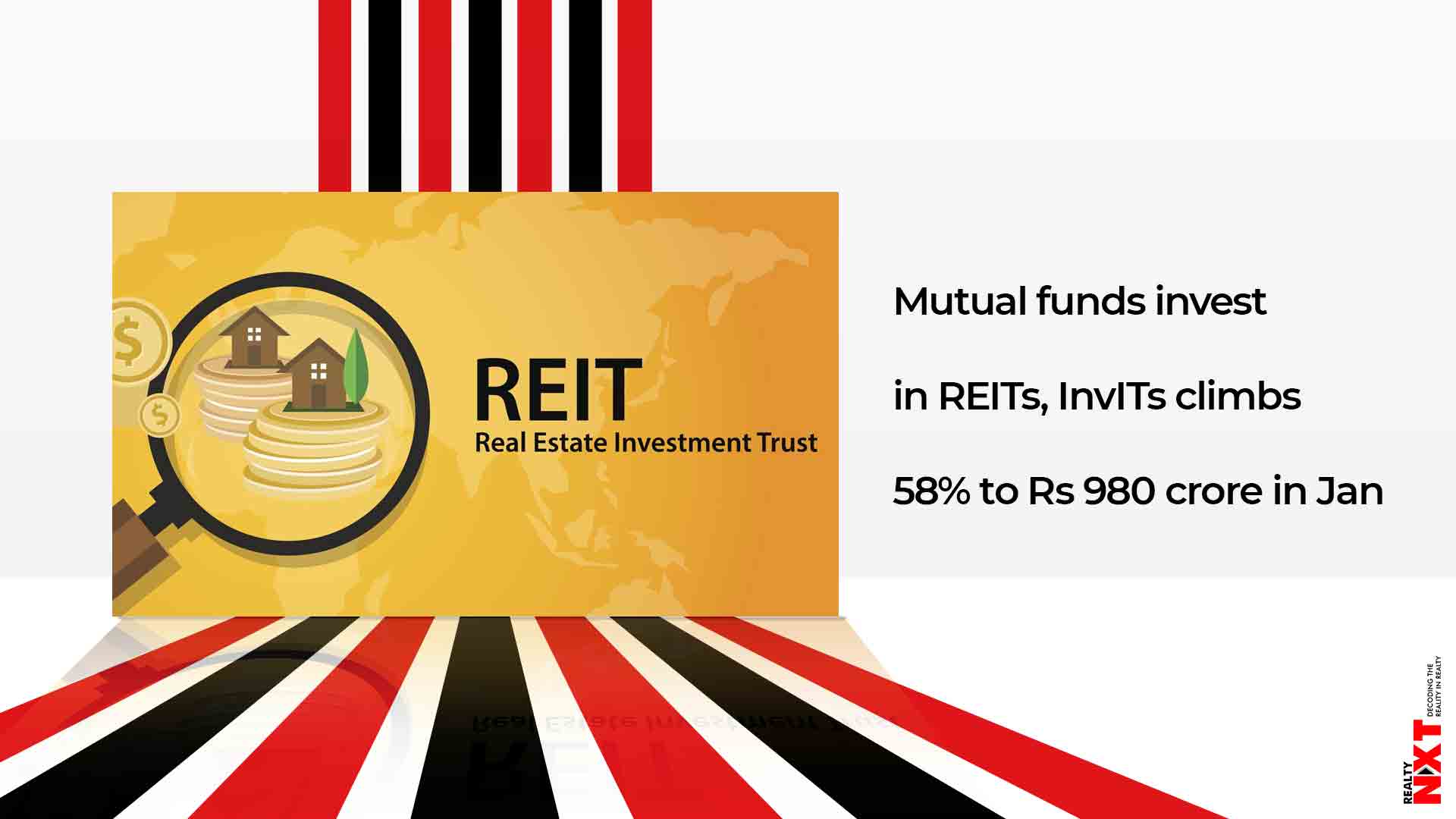 Emerging investment instruments, REITs and InvITs, seem to be gaining pace, with mutual funds investing a whopping Rs 980 crore in such units in January 2020, a surge of 58 per cent from the preceding year.

In comparison, an investment of mere Rs 7 crore was seen in REITs in January 2019 and Rs 611 crore in InvITs.

Mutual funds have been increasing their exposure in these investment avenues over the last one year.

Market experts believe that REITs could be a potential investment option with good returns as interest of investors in the residential segment is declining due to inability to monetise assets and limited appreciation in property prices.

Sebi Chairman Ajay Tyagi, who met scores of foreign investors in the US in October, said he saw keen interest from them in emerging areas such as REITs and InvITs.

During the meeting, the participants were enthusiastic about emerging areas such as REITs and InvITs, which have more than USD 10 billion asset size as on date.

However, mutual funds, which are investment vehicles made up of a pool of funds collected from a large number of investors and invest in stocks, bonds, money market instruments and similar assets, were allowed to invest in REITs and InvITs in February 2017.

The move was part of the markets watchdog Sebi’s effort to get more investors into such instruments.

Under the norms, a mutual fund has been permitted to invest only up to 5 per cent of its net asset value in units of a single issuer of alternative securities. The maximum allowed investment in alternative instruments by a single fund has been capped at 10 per cent.

On the other hand, Embassy Office Parks REIT is the only listed real estate investment trust.