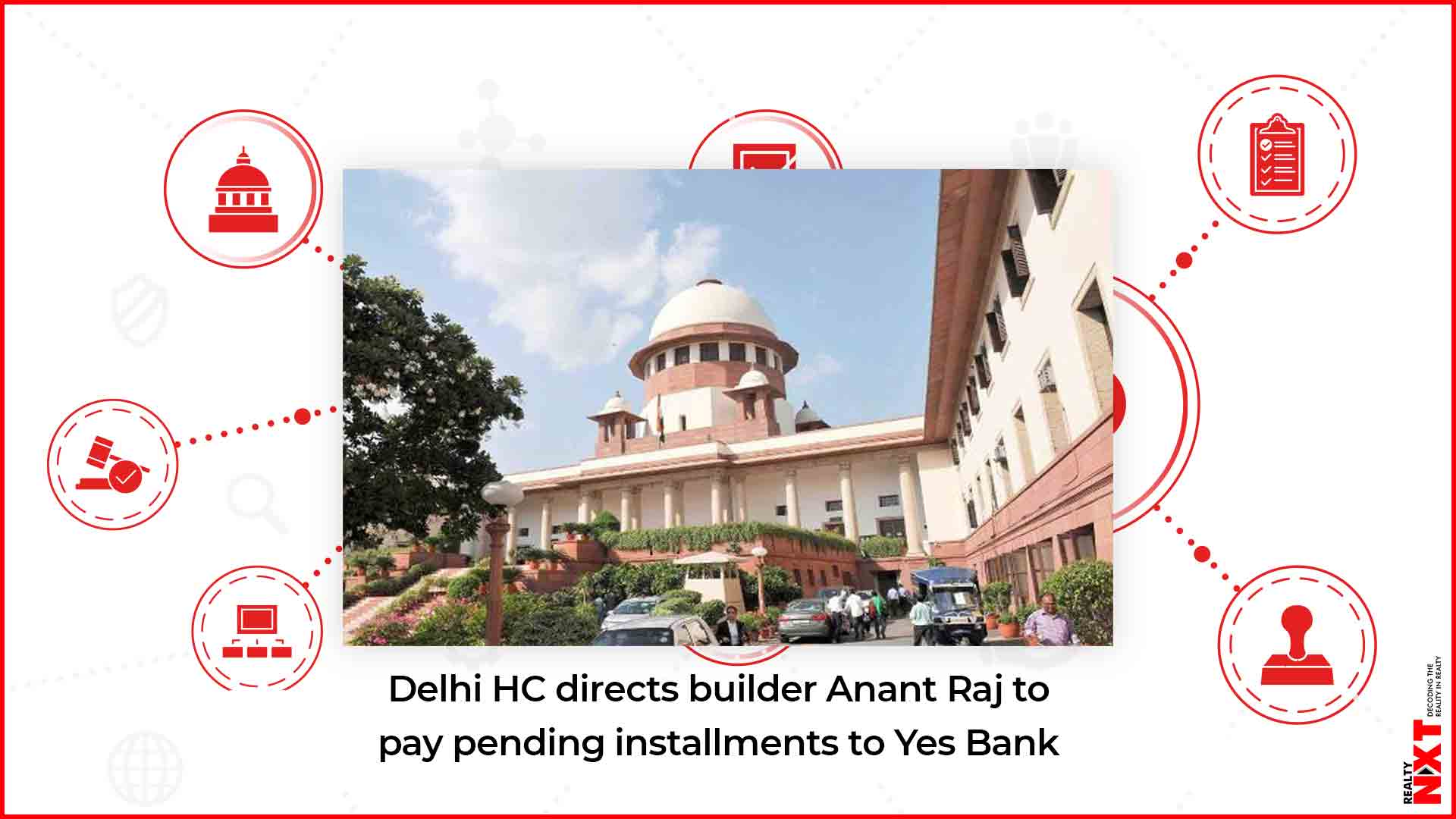 The order came after the company said that it will pay on or before April 25, the installment which fell due as on January 1 along with interest accrued thereon till the date of the payment irrespective of the lockdown position.

The Delhi High Court on Monday directed Anant Raj Limited, a real estate company, to pay the due installment till April 25 to Yes Bank.

The order came after the company said that it will pay on or before April 25, the instalment which fell due as on January 1 along with interest accrued thereon till the date of the payment irrespective of the lockdown position.

“The statement is taken on record. Petitioner (Anant Raj) shall pay on or before April 25.04.2020, the instalment which fell due as on 01.01.2020 along with interest accrued thereon till the date of the payment irrespective of the lockdown position,” Justice Sanjeev Sachdeva said.

“It is clarified that the payment would be without prejudice to the rights and contentions of the parties,” the court said and listed the matter for May 4.

The court was hearing a petition filed by Anant Raj seeking a direction to Yes Bank not to take coercive or adverse steps as proposed in its e-mail dated March 25, 2020, and March 27, 2020, including but not limited to declaring the account of the petitioner as a Non-Performing Asset (NPA).

According to the Anant Raj, Yes Bank by the e-mails has informed him that since the installments for the months of January and February 2020 are due and in case the amount due towards installments are not paid by March 31, the account of the petitioner shall be declared as a non-performing asset.

The petitioner argued that in view of the RBI Circular dated March 27, 2020, which gives mortarium on terms of the loan, the respondent cannot declare the account of the petitioner as a non-performing asset and have to defer any coercive action till June 1.

The counsel appearing for the respondent — Yes Bank — contended that the moratorium is applicable only with regard to installments which fell due after March 1 and are not applicable in respect of the installments that had fallen due as on March 1.

As per the petitioner, it had availed loan facilities to the tune of Rs 1,570 crore out of which the petitioner has repaid about Rs 1,056 crore apart from interest running into hundreds of crores.

Yes Bank also said that since the instalment was not paid till March 31, 2020, the account of the petitioner was liable to be classified as the NPA. The case assumes significance as the economic condition of the real estate’s industry was adversely affected due to coronavirus outbreak.

The petitioner had been regularly servicing the loans in terms of the loan conditions till December 31, 2019. It is stated that the installment for repayment which fell due on January 1, 2020, which is the subject matter of the present petition, could not be paid by the petitioner because of adverse economic conditions brought about by the effects of COVID-19 pandemic.