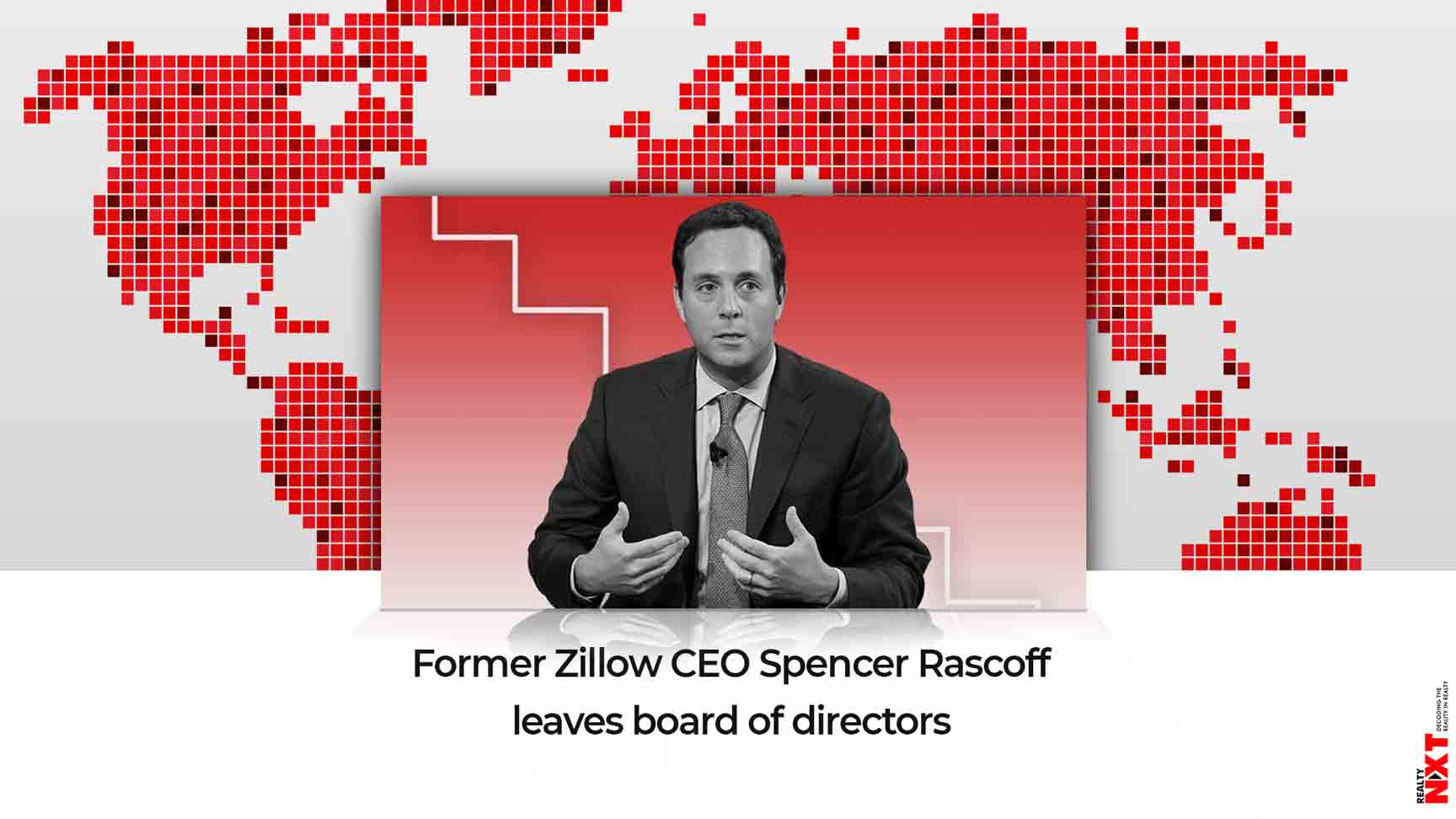 Spencer Rascoff, who served as CEO of Zillow for nearly a decade before being replaced last year by returning company founder Rich Barton, is now also leaving the firm’s board of directors.

Rascoff’s departure was revealed in a new filing with the U.S. Security and Exchange Commission (SEC) Tuesday. The filing states that Rascoff told the company on Monday he was resigning from the board, which he has been a part of since 2011. The resignation is effective as of Tuesday.

The filing notes that the “departure is not due to any disagreement with the Company on any matter relating to the Company’s operations, policies, or practices.”

In a series of tweets Tuesday, Rascoff further explained that he is leaving to focus on investing and on a pair of new startups. He also said that he would “remain forever proud” of the work he did at Zillow.

Zillow’s board of directors also said in the SEC filing that it “expresses its sincere appreciation for Mr. Rascoff’s service to the Company and the valuable contributions he has made to the Company’s success.”

Rascoff first took over the chief executive role at Zillow in 2010 after Barton — who founded the company in 2005 — stepped down as CEO. During his time at the helm, Rascoff oversaw more than 15 acquisitions as well as Zillow’s initial public offering. Rascoff also grew Zillow’s employee ranks to more than 4,000 people.

Barton returned to Zillow in February 2019 and once again became CEO. During his time away from Zillow Barton served as chairman of the company’s board.

Rascoff leaves Zillow at a tumultuous time for the real estate industry. The ongoing crisis over the coronavirus outbreak has ravaged the economy, leaving millions of people out of work and raising serious concerns about economic suffering among agents and brokers. Zillow itself has responded to the crisis by suspending its iBuying program and covering costs for users of its Premier Agent program.

In an investor call last month, Barton also said that there is “no coronavirus playbook.”

Zillow did not release any statements beyond the SEC filing about Rascoff’s departure Tuesday. However, in a tweet, Barton thanked Rascoff for the work he did, and wished him success in the future.