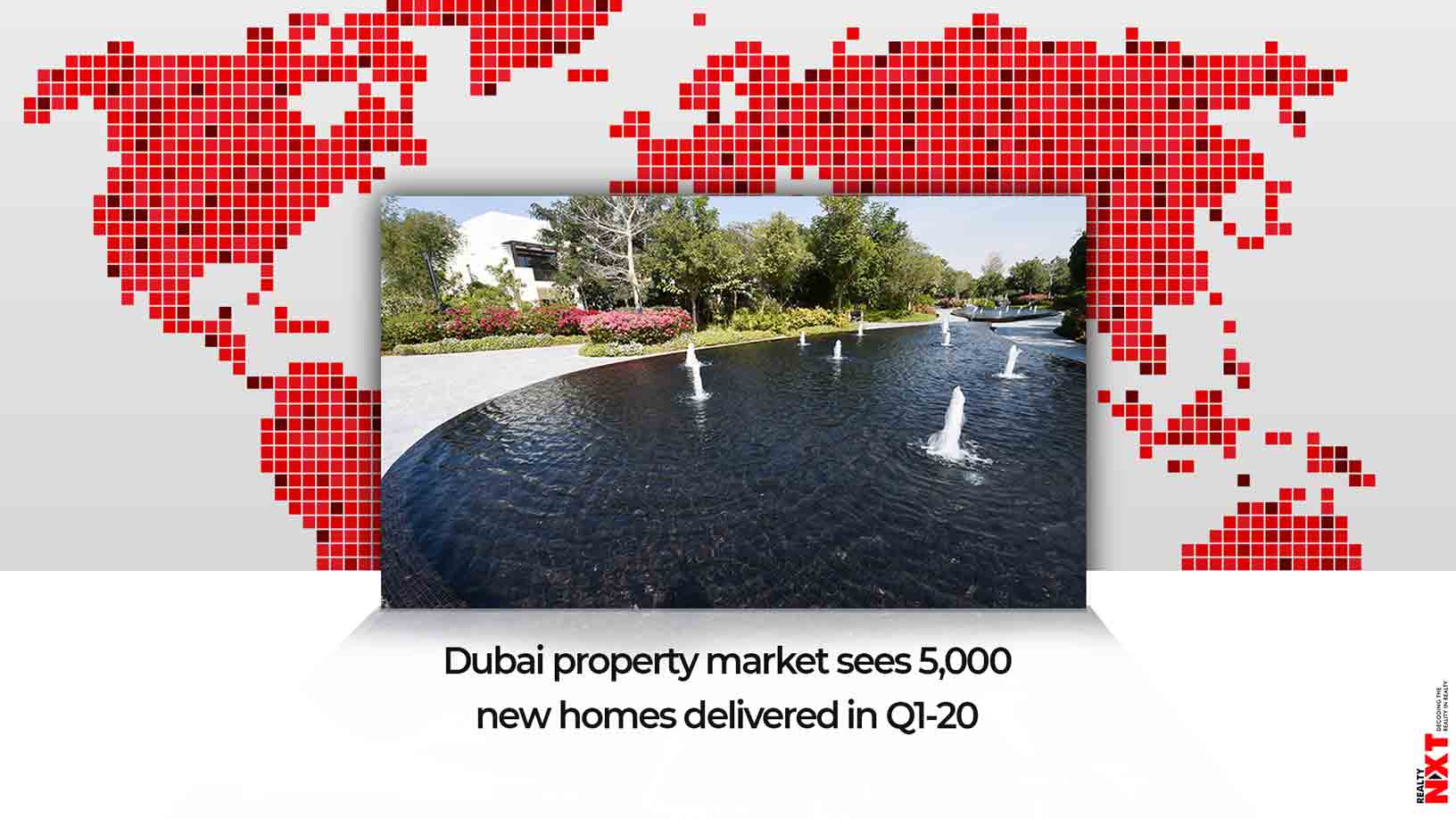 Dubai’s property market is unlikely to see as many handovers this year as it did in 2019, when just over 32,000 homes were completed.

In the first three months of this year about 5,000 new residential units were completed – far below the 6,900 tallied for the same period last year.

And with the second quarter likely to see a further drop in completions, Dubai’s current demand and supply imbalance will have more time to stabilize. In other words, gives the property market a bit of a breather, because as many as 50,000 plus units were scheduled for handover this year, as per pre-COVID-19 outbreak forecasts.

“We have seen a slowing down of handover volumes,” says a new report issued by Core, the consultancy. “We expect future handover volumes to come down as construction timelines and supply chains are impacted along with softened demand. “Further downward revisions are expected on supply forecasts as they will inherently depend on the period of the pandemic and the pace at which buyer confidence [returns] as developers adjust to ongoing market conditions.”

Also, developers will not be fixated on clearing their projects before the Expo’s opening date in October. Now that the global event has been postponed to next year, developers will have that more time to take stock of their immediate priorities and adjust accordingly. And, most importantly, get a better reading on what buyers are likely to do.

Year to date, there has been only one major launch in Dubai, by Danube, and where the first phase of sales has gone past the 80 per cent mark, according to the developer.

In recent weeks, UAE Central Bank also eased the mortgage lending norms, raising the ceiling for how much banks can lend to first-time buyers. It’s still too early to determine whether that in itself will spur a new round of buying. (Banks can extend loans up to 80 per cent of the property value compared with 75 per cent earlier.)

The real estate brokerage, Allsopp & Allsopp, has said that 62 per cent of its buyers bought with a mortgage in the first three months.

What of buyer sentiments?

In coming weeks, prospective buyers will be waiting for further signals to emerge from the market, particularly on whether property values could come under further pressure. And thus force buyers to offer more incentives. Dubai remains a buyers’ market.

“The residential sales market continues to follow a downward trajectory with almost all areas showing year-on-year drops,” says the Core report. “And we have seen more double-digit drops than previous quarters.”

“The attractive interest rates and favourable loan-to-value ratio [on mortgages] due to the increase of five percentage points for first-time buyers is expected to improve affordability in secondary sales. While this is a good initiative, caution and potential contraction in disposal income levels would make some buyers delay their decision-making.

“That said, opportunistic purchasers are expected to take advantage of further drop in sales prices in this period of reduced liquidity.”

Holding back potential buyers is the state of the rental market. “Rents have dropped at a faster pace than sales prices” in the first three months, according to Core. With a soft rental state likely to continue, there will be less of an incentive for a tenant to turn into a homeowner – despite property values sliding and mortgage rates back in favour of buyers.

“We anticipate limited movement over the coming weeks as most tenants are expected to negotiate with their current landlords, particularly those with immediate rent renewals,” the report adds. “We also foresee in some cases rental incentives to be provided by landlords such as partial rent waivers, higher number of cheque payments, extended rent-free periods and contribution to utilities in order to help tenants while also maintaining occupancy of their unit.”