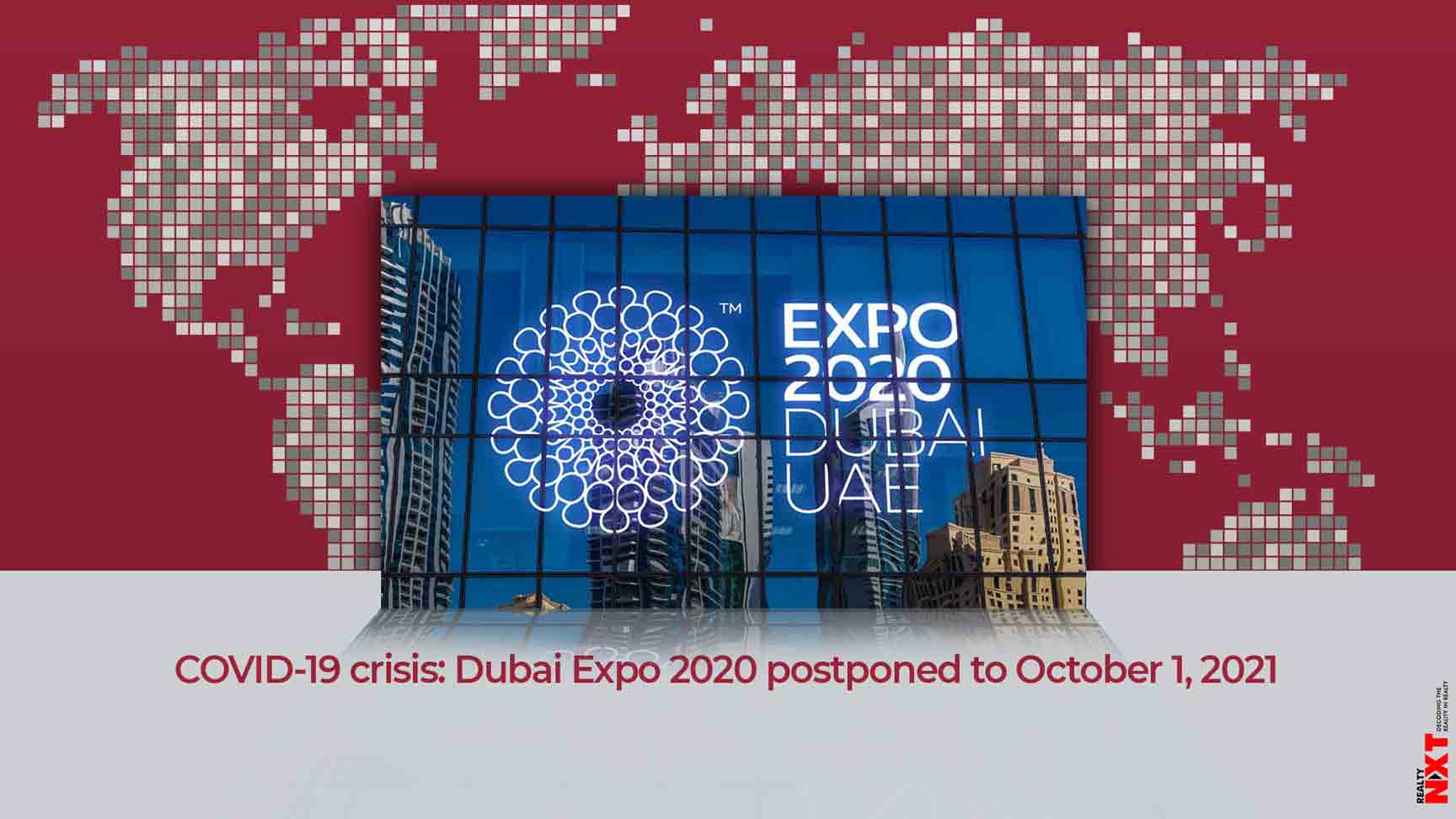 Dubai’s Expo 2020 world’s fair will be postponed to Oct. 1, 2021, over the new coronavirus pandemic, a Paris-based body behind the events said Monday.

The announcement by the Bureau International des Expositions came just hours after police in Kuwait dispersed what they described as a riot by stranded Egyptians unable to return home amid the coronavirus pandemic. The riot was the first reported sign of unrest from the region’s vast population of foreign workers who have lost their jobs over the crisis.

Dubai, a sheikhdom in the United Arab Emirates, has bet billions of dollars on Expo 2020 to rejuvenate its troubled economy. Since the pandemic grounded flights by its long-haul carrier Emirates and disrupted its real estate market, Dubai has been seeking to delay the event until next year.

Countries belonging to the bureau had been voting on the requested delay for days, with a final tally expected by the end of May. On Monday, however, the bureau said a required two-thirds of the countries in the organization had voted to approve the delay, meaning it would be granted.

The bureau’s executive committee voted unanimously in April to back the proposal, which will see the event run from Oct. 1, 2021, until March 31, 2022.

Sheikh Ahmed bin Saeed Al Maktoum, the chairman and CEO of Emirates who also serves on Dubai’s Expo committee, welcomed the announcement in a statement.

“We are thankful to member states for their continued commitment to contributing to a World Expo in Dubai that will play a pivotal role in shaping our post-pandemic world at a time when it will be most needed,” Sheikh Ahmed said.

This skyscraper-studded city won the rights to host the event in 2014. That helped boost Dubai’s crucial real-estate market and had officials hoping for more tourists in this city-state that is home to the world’s busiest airport for international travel.

Now, the pandemic has jeopardized global tourism and caused further panic in a real-estate market already down by a third since the 2014 announcement.

It remains unclear how the delay will affect its staff, who in theory would need to be paid for at least another year, nor construction. Expo 2020 did not respond to questions from The Associated Press.

However, some countries taking part still are at the preliminary stages of building their pavillions for the expo, giving them much-needed extra time. Among them is the U.S., whose pavillion costing at least $60 million is being built through “the generosity of the Emirati government.”

Meanwhile, Kuwait’s state-run KUNA news agency reported on Monday a confrontation, describing it as a “riot” carried out by Egyptians corralled at a group shelter.

It did not acknowledge what level of force police used to put down the unrest, nor how many people authorities ultimately arrested after the incident. Kuwait’s Information Ministry did not immediately respond to a request for comment.

Videos purported to show the Egyptians in a shelter, armed with pieces of furniture at one point of the confrontation. The shelter appeared to be in an industrial setting, surrounded by a chain-link fence topped with barbed wire.

KUNA earlier quoted Egypt’s ambassador to the oil-rich, tiny Kuwait as saying that Cairo planned repatriation flights for those stranded later this week. Kuwaiti officials also have said they would suspend fines and jail time for those who had overstayed visas in order to help those wanting to leave return to their home countries.

Kuwait, like many of the oil-rich Gulf Arab states, relies on a vast population of foreign workers for jobs ranging from domestic help, construction work to white-collar work. Long a lifeline for families back home, those migrant workers now find themselves trapped by the coronavirus pandemic, losing jobs, running out of money and desperate to return to their home countries as COVID-19, the illness caused by the virus, stalks their labor camps.

Some 35 million laborers work in the six Arab Gulf states of Bahrain, Kuwait, Oman, Qatar, Saudi Arabia and the United Arab Emirates, as well as in Jordan and Lebanon, according to U.N. figures. Foreigners far outnumber locals in the Gulf states, accounting for over 80% of the population in some countries.

In Kuwait in particular, a growing sense of xenophobia has seen authorities push for more deportations of foreigners for everything, including traffic violations.

In all, countries in the Middle East have reported more than 342,000 cases of coronavirus, with at least 11,445 deaths, more than half of them in Iran. Iran’s health ministry spokesman Kianoush Jahanpour said Monday that the death toll from COVID-19 rose to 6,277 in Iran, after 74 more people died since the previous day. Iran has reported 98,647 virus cases.

Israel said Monday it was further relaxing health restrictions meant to restart its economy. Prime Minister Benjamin Netanyahu announced that malls, open-air markets and fitness centers would reopen on Thursday, under certain conditions meant to limit crowding. Outlining the country’s exit strategy, Netanyahu said additional restrictions would be relaxed in the coming days and weeks, but could be tightened again should infections creep up.

The virus brought Israel’s economy to a standstill and sent unemployment skyrocketing. And although the country has seen more than 16,200 cases and 235 deaths, hospitals never experienced a deluge of patients and the country has slowed its infection rate.

In Sudan, the state minister for transportation and infrastructure, Hashim Ibn Auf, tested positive, the highest-ranking official to do so, the government said late Sunday. Sudan has reported 678 cases and 41 deaths from the virus.

This story has been published from a wire agency feed without modifications to the text. Only the headline has been changed.