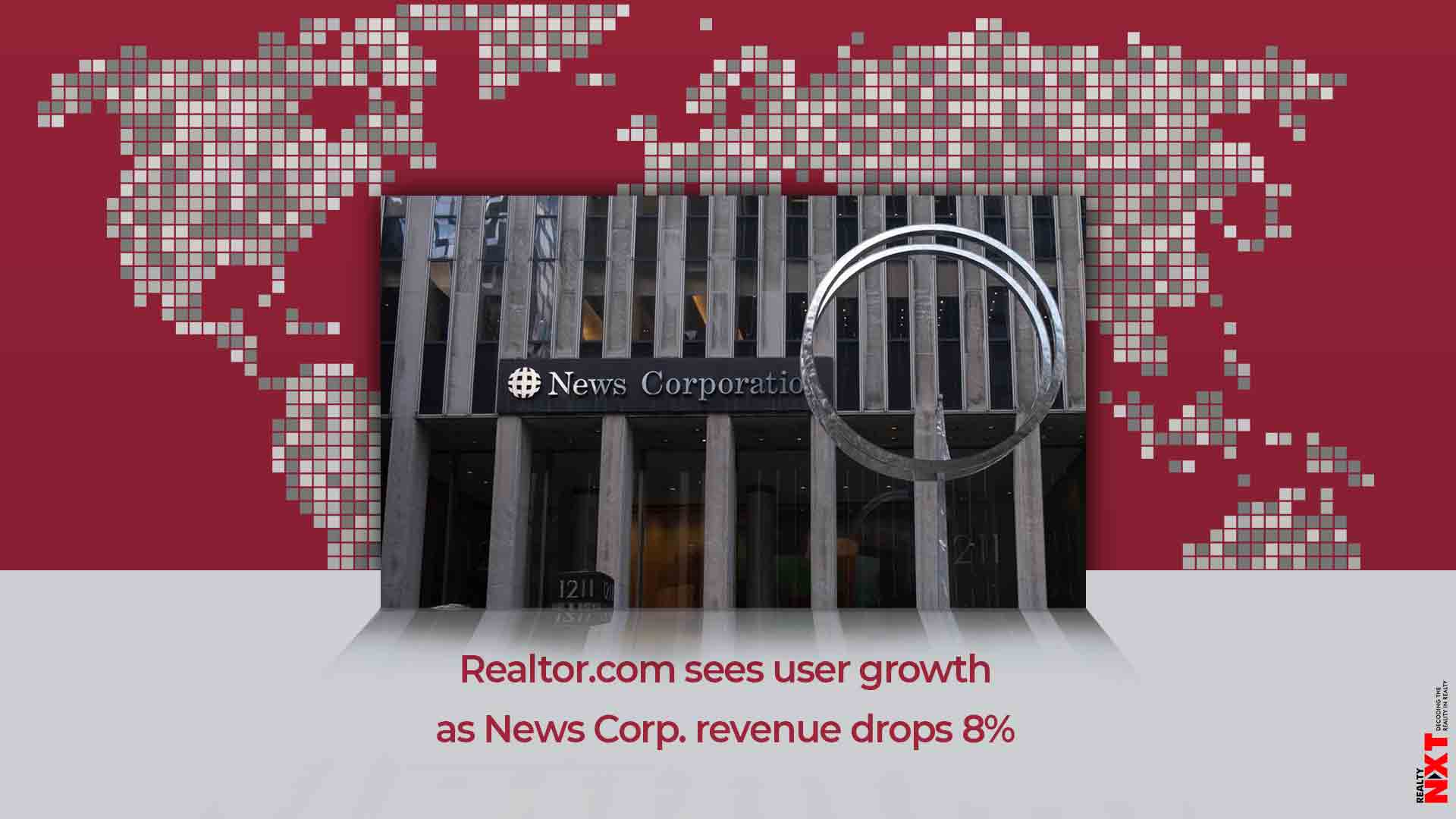 Although News Corp.’s revenues dipped down to $2.27B, realtor.com saw average monthly unique users of its web and mobile sites grow by 6% year over year

Move’s revenues declined by 2 percent from $121 million in the previous year to $118 million, largely due to an estimated $6 million negative impact from the coronavirus pandemic, and lower software and services revenue, parent company News Corp. reported in an earnings call with investors on Thursday.

“Prior to the pandemic, Move was on a solid growth trajectory,”  News Corp. Chief Financial Officer Susan Panuccio said during the call. But, she noted that by mid-March trends had reversed as a result of the pandemic.

Move’s real estate revenues — 81 percent of Move’s total revenues — were largely flat due to growth in its performance-based Opcity product being offset by lower revenues from its lead generation product as a result of the transfer of leads to Opcity, as well as customer billing relief measures related to the COVID-19 pandemic.

Panuccio also stated that the company’s real estate arm expects the road ahead to continue to be rocky as a result of social distancing measures enacted by governments at multiple levels.

News Corp.’s total digital real estate services arm revenues dropped by $11 million, a decline of 4 percent from the previous year, of which foreign currency fluctuations had a negative impact of $12 million.

Realtor.com did receive some good news this quarter, though, as average monthly unique users of its web and mobile sites grew 6 percent year-over-year to about 68 million.

However, the national real estate portal has not been immune to the effects of the pandemic. In an email sent to staff on Tuesday, Move CEO David Doctorow announced impending layoffs of realtor.com staff as a result both of the COVID-19 pandemic and a larger restructuring of the company. Although it’s unclear how many people will be laid off at this point, a source close to the company said approximately 100 employees would be affected.

During the previous quarter, Move reported that realtor.com’s mobile and web-based sites saw a 9 percent increase in traffic year-over-year. In addition, realtor.com had gained audience share for most of 2019, compared to competitors like Zillow and Trulia.

News Corp. reported $2.27 billion in revenue during the earnings call, an 8 percent decline year-over-year from $2.46 billion the previous year.

“We are operating in a rather different difficult time,” News Corp. CEO Robert Thomson said at the start of the earnings call.

The company also incurred non-cash impairment charges of $1.1 billion, largely as a result of Foxtel and NewsAmerica Marketing’s net loss of $1 billion in sharp contrast to $23 million in income it gained the previous year. Net (loss) income per share was ($1.24), down from $0.02 the previous year.

News Corp. noted that the drop in revenue also reflected a $78 million negative impact from foreign currency fluctuations. The decline was also a result of lower print-related advertising revenues at its News and Information Services segment and lower subscription revenues at Foxtel.

During the earnings call, Thomson added that the effects of the COVID-19 pandemic “clearly will be a major factor in Q4 results.” But, he said, to what extent, remains to be determined.