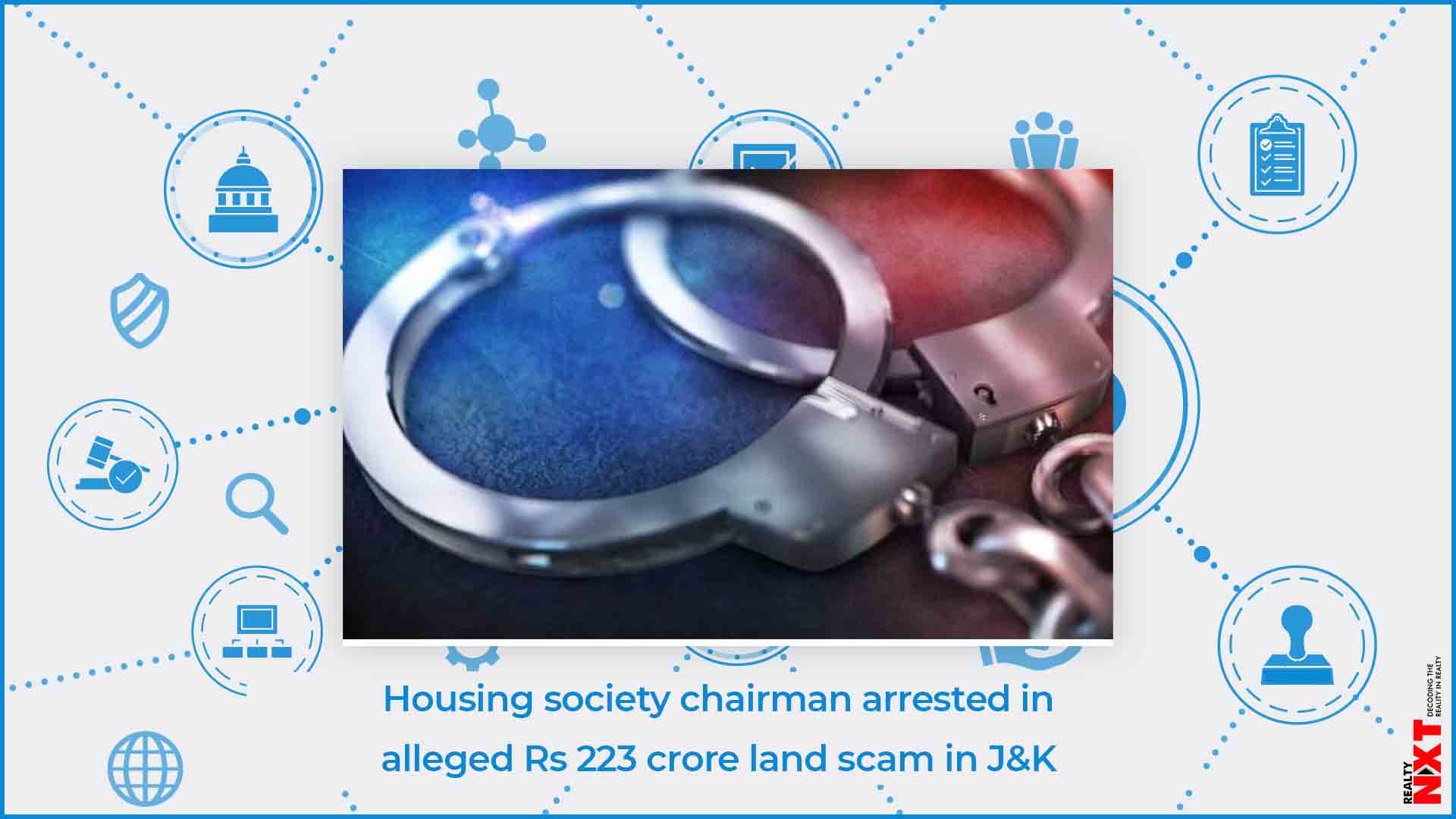 The ACB has been successful in unearthing the siphoned off funds and an amount to tune of Rs 187 crore has been frozen, an official spokesperson said.

The chairman of the Jhelum Co-operative House Building Society (JCHBS) has been arrested in an alleged Rs 223-crore land scam involving the Jammu and Kashmir State Co-operative Bank in Srinagar, the Anti-Corruption Bureau (ACB) said here on Monday. The ACB has been successful in unearthing the siphoned off funds and an amount to tune of Rs 187 crore has been frozen, an official spokesperson said.

He said a preliminary enquiry was conducted by the ACB, Jammu, on allegations that the chairman of the J&K Co-operative Bank Limited, Mohammad Shafi Dar, in connivance with officials and a beneficiary of a non-existent co-operative house building society, had sanctioned an amount of Rs 223 crore fraudulently under the name and style of “River Jhelum Co-operative House Colony at Shivpora, Srinagar,” run by Hilal Ahmad Mir, a resident of the Magarmal Bagh locality in Srinagar.

The investigation revealed that the so-called chairman of JCHBS had moved an application to the secretary, Cooperatives, Administration Department of Co-operative Societies, in which he sought directions to the J&K Co-operative Bank Limited for grant of financial assistance to the tune of Rs 300 crores for taking over possession of 300 kanals of land located in the outskirts of Srinagar for construction of a satellite township, the spokesman said.

He said the application was endorsed to the registrar of Cooperative Societies, J&K, for taking up the matter with the Jammu and Kashmir State Co-operative Bank.

Accordingly, the J&K Co-operative Bank, Srinagar, sanctioned a loan to the tune of Rs 223 crores without adhering to any codal formalities like obtaining the details of the society such as its balance sheet, profit and loss account business, activities being done by it, income tax returns and details of construction of the board resolutions, the spokesman said.

During inquiry, he said, it also surfaced that the River Jhelum Co-operative House Building Society has not even been registered with the Co-operative Societies, J&K.

“The accused (Mir), by acting in league with the chairman of the J&K Co-operative Bank, Srinagar and others, had prepared a fake and fictitious registration certificate in the name of the society and managed the sanction of loan to the amount of Rs 223 crores,” the spokesman said.

He said the omission and commission on the part of the chairman of the J&K State Co-operative Bank and others, in conspiracy with Mir, constitute offences under various sections of the Prevention of Corruption Act and the Indian Penal Code and resulted in a loss of Rs 223 crores to the bank.

Accordingly, a case was registered and investigation taken up, the officials said.

Mir was arrested on May 14 to effect the recovery of documents required in the case which are purportedly lying in his possession and also to unearth the modus operandi, and the end-use of funds and quid pro quo, if any obtained, the spokesman said.

He said the interrogation of the accused person is in progress to ascertain further leads in the matter.