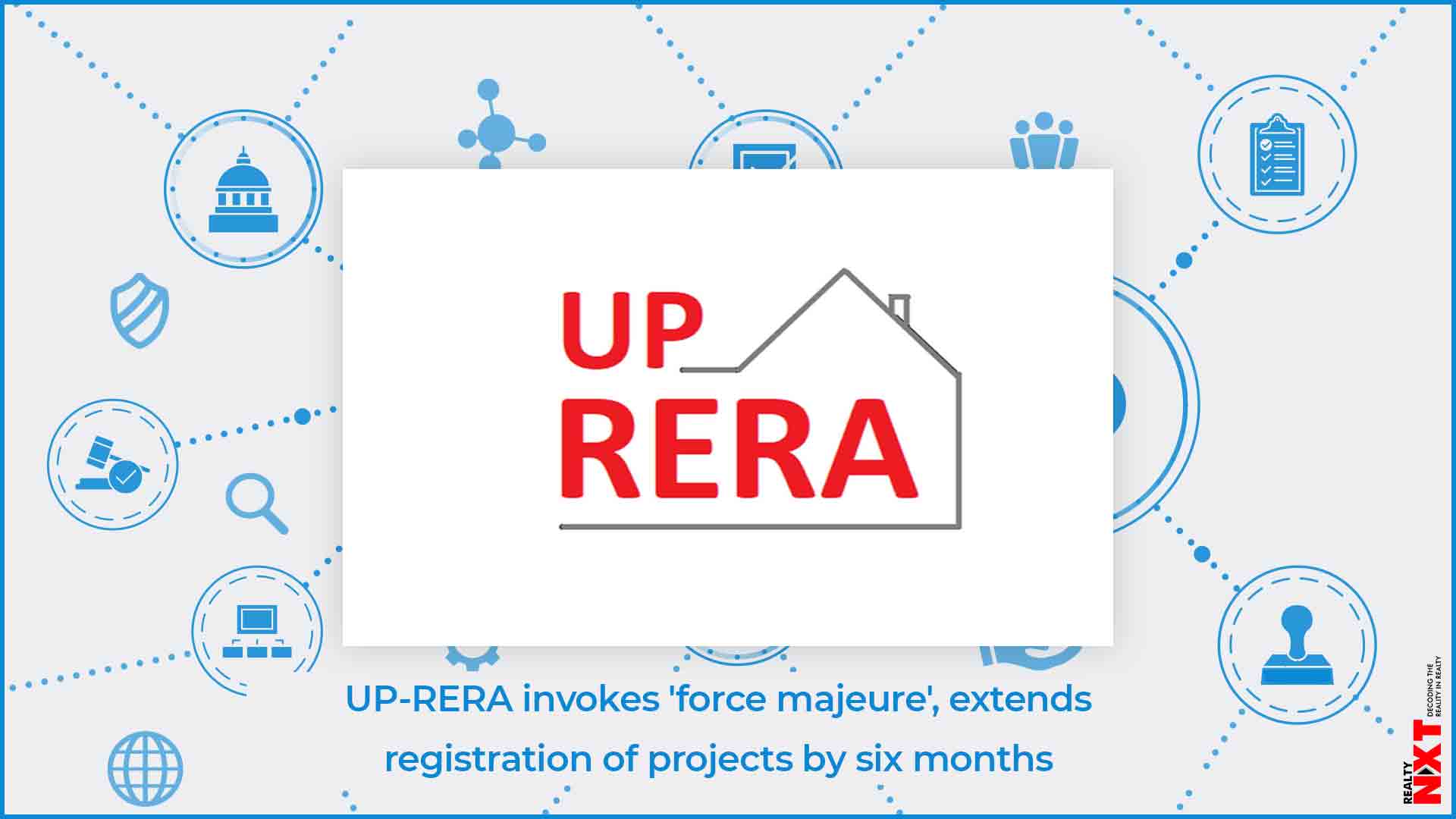 The concerned six months extension will also be provided to such projects which have already availed one-year extension as provided in the RERA Act on or after March 25, 2020.

The concerned six months extension will also be provided to such projects which have already availed one-year extension as provided in the RERA Act on or after March 25, 2020.

“Considering all the aspects, having a detailed deliberation in this regard and having in view the advisory issued by Government of India, the Authority using the powers conferred on it under section 37 of the Act, issued the directions regarding the extension of registration of real estate projects for six months,” said Rajive Kumar, chairman, UP-RERA.

Government of India had issued an advisory through its Office Memorandum dated May 13, 2020 regarding extension of registrations of real estate projects due to ‘force majeure’ under the provisions of RERA.

Abrar Ahmed, secretary, UP-RERA said, “The project will not require an extension if the CC/OC of the project has already been obtained. For the aforesaid extension, no fees will be charged from the promoters. The authority will issue fresh ‘Project Registration Certificates’ with revised timeline in each such registered real estate project”.

The authority also decided that the time limit for various compliances including any of the previous Quarterly Progress Reports and/or Annual Audit Reports of projects which were due to be submitted by 31.03.2020, is hereby extended up to 30th June,2020 without any payment of late fee.

ALSO READ: 5 Traditional Touchpoints That Realtors Are Ignoring Today And Are Losing Out Of The Race