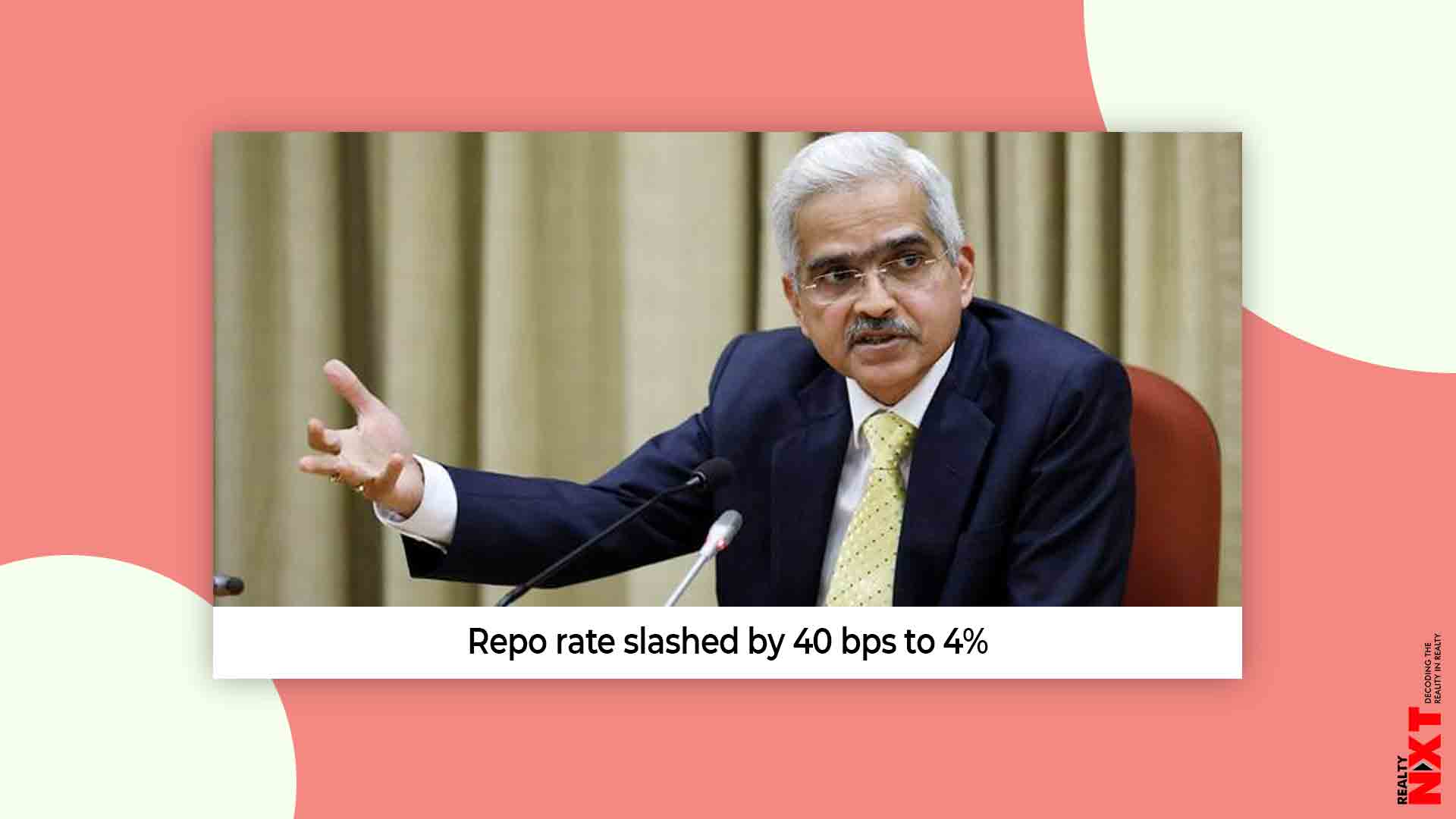 The RBI on 27 March had slashed the repo rate by 75 bps to stimulate growth, following which, banks lowered their lending rates and deposit rate.

The Reserve Bank of India has cut key repo lending rate by 40 basis points to 4%. This is expected to bring down lending rates and deposit rates as well. RBI’s monetary policy committee in an off-cycle meeting voted 5-1 for a 40 bps repo rate cut, while maintaining an accommodative stance. Reverse repo gets automatically gets adjusted to 3.35% from 3.75%.

The RBI on 27 March had slashed the repo rate by 75 bps to stimulate growth, following which, banks lowered their lending rates and deposit rate.

“We must have faith in India’s resilience and come out of all odds,” the RBI chief said, adding that the inflation outlook is uncertain at this point.

He expressed optimism that the combined effect of government’s fiscal measure and RBI’s steps will help boost growth during the second half of this year.

The government recently announced a  ₹20 lakh crore economic stimulus package to deal with the fallout of COVID-19 crisis that included  ₹8 lakh crore of liquidity measures announced by the Reserve Bank since March.

GDP growth for this year is seen in the negative territory, the RBI chief said.

In April, RBI also unexpectedly cut its key deposit rate or reverse repo rate to 3.75% to discourage banks from parking idle funds with it and spur lending instead, to revive a flagging economy amid the coronavirus lockdown. The rate had already been cut by 90 bps on March 27.

“Reserve Bank of India’s (RBI) third presser since the lockdown is a continued effort to increase private consumption and provide liquidity access to all sectors hit by the COVID-19 pandemic. These measures will help revive demand crippled by the lockdown. There has been a total collapse in demand in both urban and rural India since March 2020. The continued proactive measures taken by the RBI will help address these issues and revive the economy in the second half of the year. Reducing the repo rate by 40 basis points to 4 percent will help the banks provide additional liquidity access to all the sectors. Industry welcomes the extension of term loan moratorium till August 31st. The lending institutions are being permitted to restore the margins for working capital to the origin level by March 31, 2021.  This is a step in the right direction. It will also provide some relief as the borrower will not have to immediately repay the accumulated interest on the loan after the moratorium ends. Industry though awaits one-time debt restructuring as a holistic measure to give a breather to the industries across the board and help in its quick revival” Dr. Niranjan Hiranandani – President – Assocham and NAREDCO

“The measures that the RBI is taking to try and boost the economy is positive, however they must insist on transmission of liquidity and the rate cuts to the borrowers from the banks and financial institutions, which is currently not happening as fast as it can be in the context of the pandemic.”Mr. Rohit Poddar, Managing Director, Poddar Housing and Development Ltd. and Joint Secretary, NAREDCO Maharashtra

“The RBI’s move to cut repo rate by 0.4 basis points will have a positive effect on the residential property market. This is a clear step towards reducing lending rates, encouraging liquidity, preserving financial stability and supporting overall economic growth. The reduction in reverse repo rate will encourage banks to lend more and extension of moratorium on EMIs on term loans by another six months and steps to ease cashflow burden on borrowers will improve overall sentiments and market performance. It will also encourage consumers to borrow more from banks due to the lowering of lending rates.  We welcome these announcements as they are directed towards infusing liquidity and strengthening consumption, thereby giving a push to economic recovery.”
Mr. Anshuman Magazine, Chairman & CEO – CBRE India, South East Asia, Middle East & Africa

“With banks and NBFCs requiring extra support, the industry and people in general expected some additional measures to boost economy. Real estate sector in particular will get immense help from the reduction. With the demand for properties reviving gradually, it will help in reviving sales across the projects. It is understood that banks have already started to transmit the rate change further to their consumers leading to accessibility for funds. However, the industry requires additional support at this stage. While the six months moratorium on loans is good, industry has been demanding a one-time restructuring of developers’ loan. That is still desirable and can help the industry immensely in its revival.”Mr. Ankush Kaul, President (Sales & Marketing) – Ambience Group