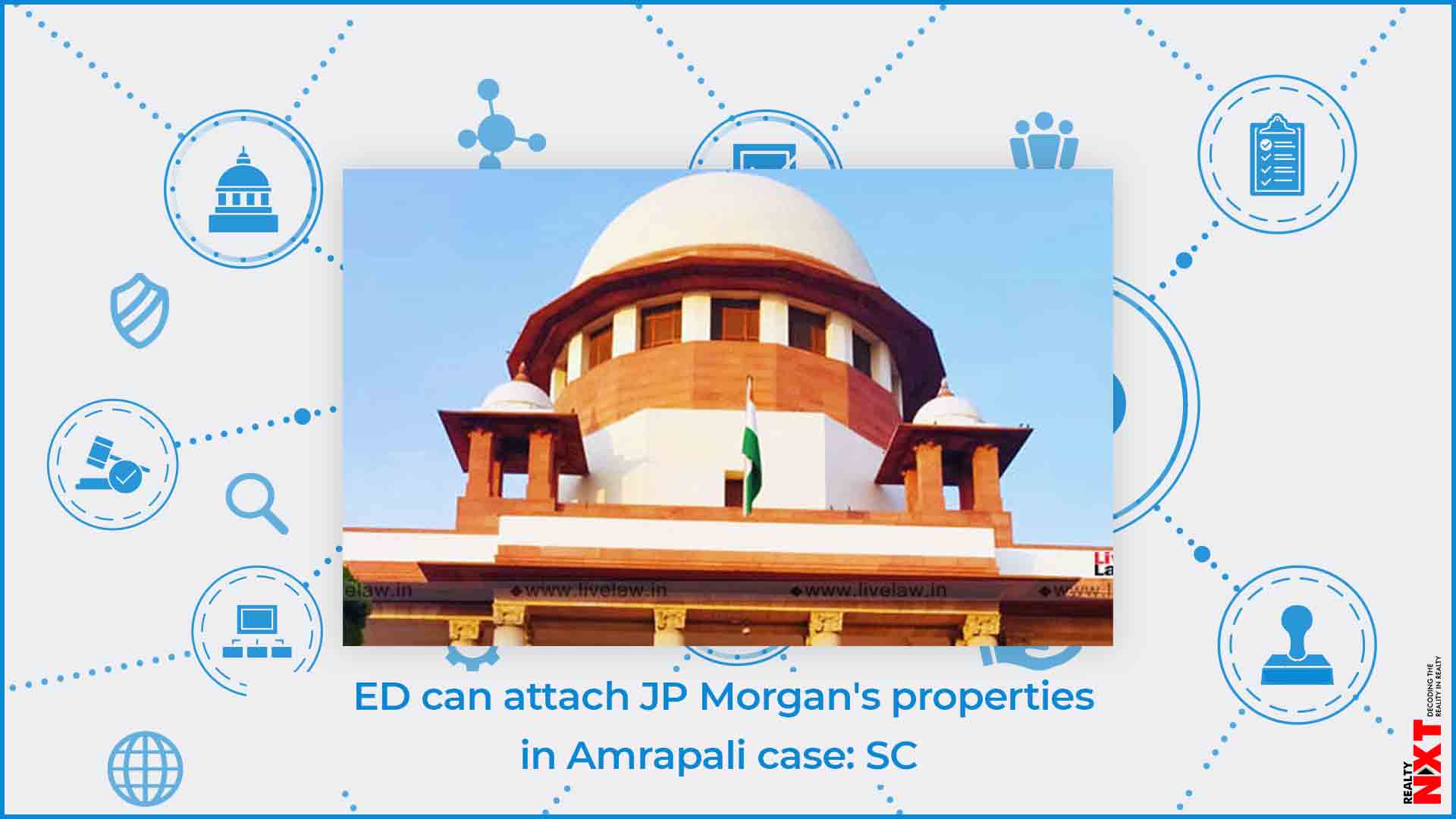 The homebuyers’ counsel said according to the court verdict, the multinational company invested around Rs 85 crore ($12.3 million) in an Amrapali Group company’s shares and later sold them to an office boy and nephew of the auditor for Rs 140 crore.

The Supreme Court on Friday allowed the Enforcement Directorate (ED) to attach properties of J.P. Morgan in Amrapali case, after the agency detected Rs 187 crore as proceeds of crime.

A bench of Justices Arun Mishra and U.U. Lalit ordered attachment of the property of the company along with personal properties of its directors under section 5 of Prevention of Money Laundering Act.

Additional Solicitor General Sanjay Jain, representing the ED, contended before the bench that the officials of the agency have established the money trail, and the top court should modify its December 2019 order and allow the agency to attach the properties of J.P. Morgan and its directors.

In December 2019, the ED told the apex court it has found prima facie evidence, during its initial investigation, of the Foreign Exchange Management Act, 1999 (FEMA) violation against global firm JP Morgan in the Amrapali Group matter.

The ED, represented by Joint Director Rajeshwar Singh, had told the top court that it will wrap up its investigation on the multinational firm very soon, as it has recorded the statements of the country head of the company in connection with the firm’s dealings with the now defunct Amrapali Group.

Kumar Mihir, advocate for homebuyers, said: “We are hopeful that ED will expeditiously recover the money of homebuyers fraudulently diverted by the directors of Amrapali group. We hope that this amount of 187 crore is recovered and used for construction of projects.”

In January 2020, the Supreme Court had told the ED to attach the properties of the Mauritius-based J.P. Morgan if it fails to give response on depositing Rs 140 crore in the Amrapali group matter.

The homebuyers’ counsel said according to the court verdict, the multinational company invested around Rs 85 crore ($12.3 million) in an Amrapali Group company’s shares and later sold them to an office boy and nephew of the auditor for Rs 140 crore. The top court had directed the agency to recover the amount without waiting for its order, and emphasised the investigation against J.P, Morgan should come to a logical conclusion. A

A senior official of ED had said that it will soon initiate proceedings under PMLA against both J.P. Morgan and Amrapali Group. J.P. Morgan had refuted allegations of violation of any law in investing in Amrapali Group, and later selling its stake.