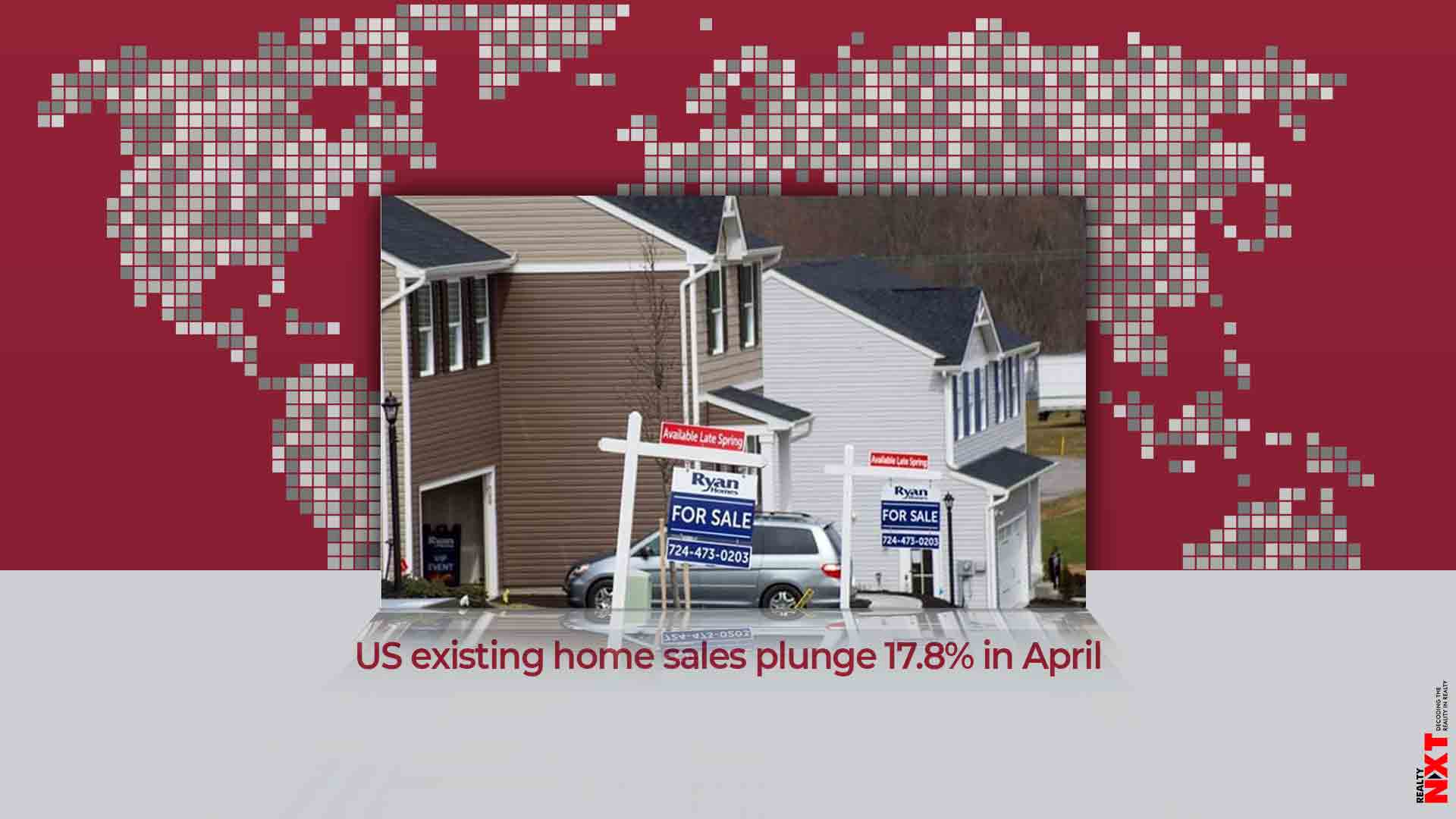 The National Association of Realtors said Thursday that last month’s decline pushed sales down to a seasonally adjusted annual rate of 4.33 million units, the slowest pace since September 2011.

Sales of existing homes plunged 17.8% in April with the real estate market still in the grips of the coronavirus pandemic.

The National Association of Realtors said Thursday that last month’s decline pushed sales down to a seasonally adjusted annual rate of 4.33 million units, the slowest pace since September 2011.

The sales drop was the largest one-month decline since a 22.5% fall in July 2010. That tail-off was preceded by the end a congressionally approved tax credit intended pull the housing market out of the 2006 collapse of the housing market.

The median price for a home sold in April was $286,800, which was an increase of 7.4% from a year ago. Lawrence Yun, chief economist of the Realtors group, attributed the big jump in the median price to a lack of enough homes for sale, especially for first-time buyers.

Analysts said that the coronavirus shutdowns had contributed to the shortage in the number of homes for sale in April and that played a role in the increase in prices.

“Homebuyers are getting back out there, searching for more space as they realize using their home as an office and school may become the norm,” said Taylor Marr, lead economist at Redfin, a real estate brokerage firm. “But sellers are still holding off on listing their homes, partially due to economic uncertainty and concerns of health risks.”

Redfin said that the most competitive housing markets in April and early May were Boston, San Francisco and Fort Worth.

Rubeela Farooqi, chief U.S. economist at High Frequency Economics, said she expected sales to rebound off their lows in May “as a combination of pent-up demand as well as a desire to move to less densely populated areas boosts sales.”