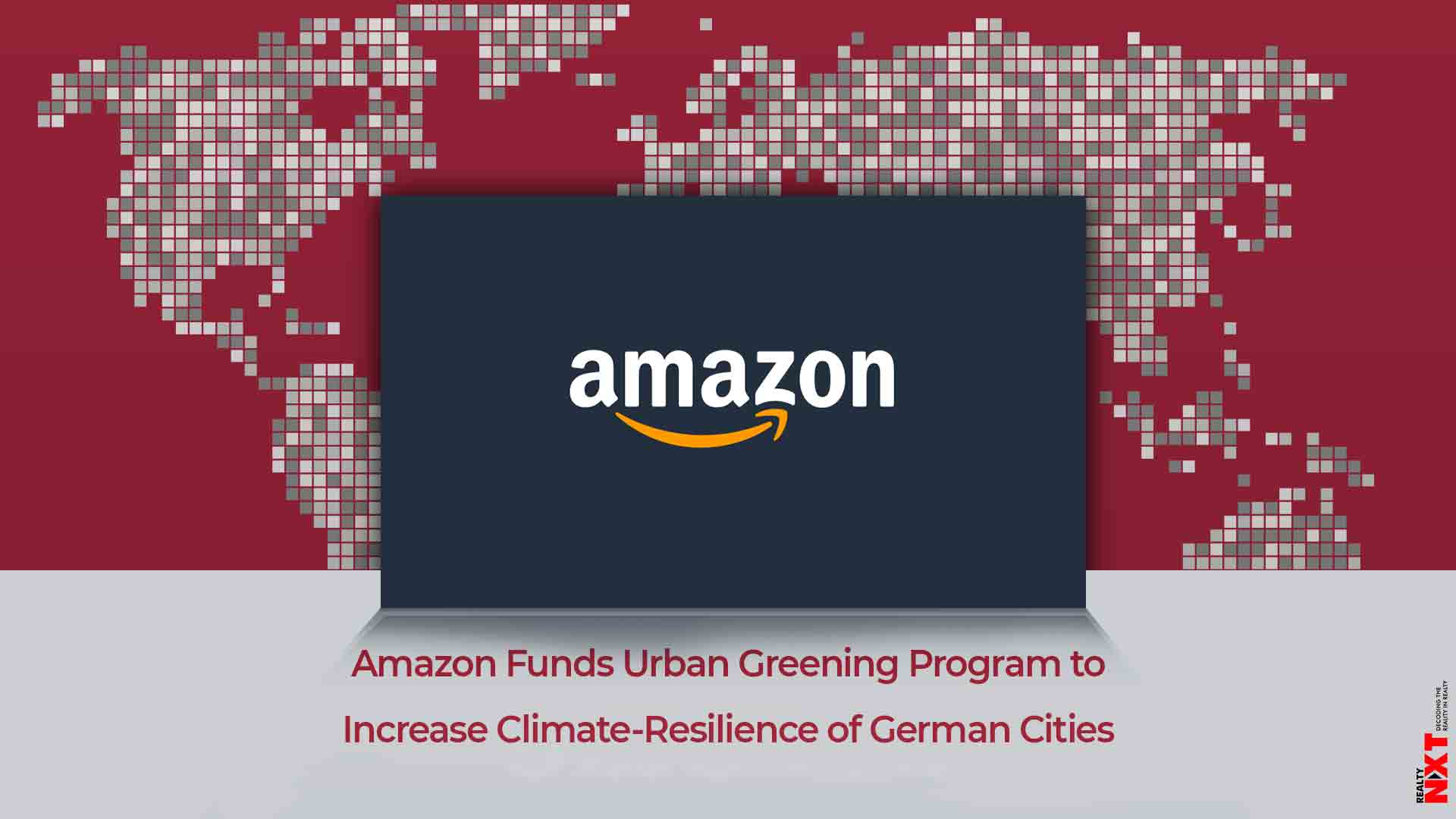 Amazon today announced a €3.75 million commitment to The Nature Conservancy in an effort to reduce climate change risks and increase species biodiversity in three German cities.

The initial project is in Berlin’s Charlottenburg-Wilmersdorf district. Learnings will be applied in two other German locations, and then shared across other European cities. With this, Amazon is recognizing the urgency of the climate crisis and its impacts on urban communities. The announcement follows The Climate Pledge, the company’s commitment to be net zero carbon by 2040.

The program starts in the Charlottenburg-Wilmersdorf district of Berlin and uses a science-based, municipality-wide, and stakeholder-based approach to urban greening to ensure that projects are complementing existing local efforts. Two additional German cities will be chosen, in which the initial learnings from Charlottenburg-Wilmersdorf will be applied. The goal is to share a guide to urban greening with municipalities across Europe by the end of the five-year project.

In recent years, Berlin has experienced extreme weather, and people have been affected by intense heat waves and floods. For example, storm “Axel” in May 2019 released 70 liters of rainfall per square meter, leading to severe flooding. “We believe that cities play an important role to lead on climate action at the local level in the coming decades, in support of Germany’s strong national commitment of climate neutrality by 2050,” said Dr. Kerstin Pfliegner, Germany Director of The Nature Conservancy.

“The people of Berlin are experiencing climate change first-hand – with urban floods and extreme heat events in the past years,” said Dr. Ulrich Heink, Director of the Department of Nature Conservation, Berlin-Charlottenburg-Wilmersdorf district. “The nature-based climate solutions in this urban greening program will help to reduce these impacts while at the same time increase biodiversity and citizen well-being.” Dr. Kerstin Pfliegner added: “Our research shows that nature can offer cost-effective options for resilience in this changing environment.”

“Cities like Berlin are on the front line in the fight against climate change”, said Oliver Schruoffenegger, City Councilor, Berlin Charlottenburg-Wilmersdorf. “I welcome the commitment of The Nature Conservancy and Amazon to work together with the city of Berlin in our efforts to become greener. I look forward to working with both partners and local communities to define the best programs for our district.”

Ralf Kleber, Vice President and Country Manager for Amazon Germany added: “In addition to all our efforts in the fight against COVID-19, we must also maintain our efforts to protect the planet. The Nature Conservancy and its municipal partners will apply a science-based approach to developing a model that can be applied more broadly across German and European cities. As the program progresses, we will measure the impacts to ensure that the actions result in tangible benefits to urban residents, such as more greened spaces, greater counts of wild bees and other pollinators, more cubic liters of storm water safely managed, and lower average surface temperatures.”

The Urban Greening program is the first project outside the U.S. for Amazon’s $100 million Right Now Climate Fund, which is part of Amazon’s commitment to The Climate Pledge. Last year, Amazon co-founded The Climate Pledge with Global Optimism and became its first signatory. The Climate Pledge is a collaborative initiative for companies that commit to reach the goals of the Paris Agreement 10 years early, to be net zero carbon by 2040 through decarbonization of operations and the use of nature-based solutions. In April, Amazon announced two other projects out of the Right Now Climate Fund, committing $10 million to accelerate the restoration and conservation of millions of acres of forest in the Northeastern U.S.

About The Nature Conservancy

The Nature Conservancy is a global conservation organization dedicated to conserving the lands and waters on which all life depends. Guided by science, we create innovative, on-the-ground solutions to our world’s toughest challenges so that nature and people can thrive together. We are tackling climate change, conserving lands, waters and oceans at an unprecedented scale, providing food and water sustainably and helping make cities more sustainable. Working in 79 countries and territories, we use a collaborative approach that engages local communities, governments, the private sector, and other partners.