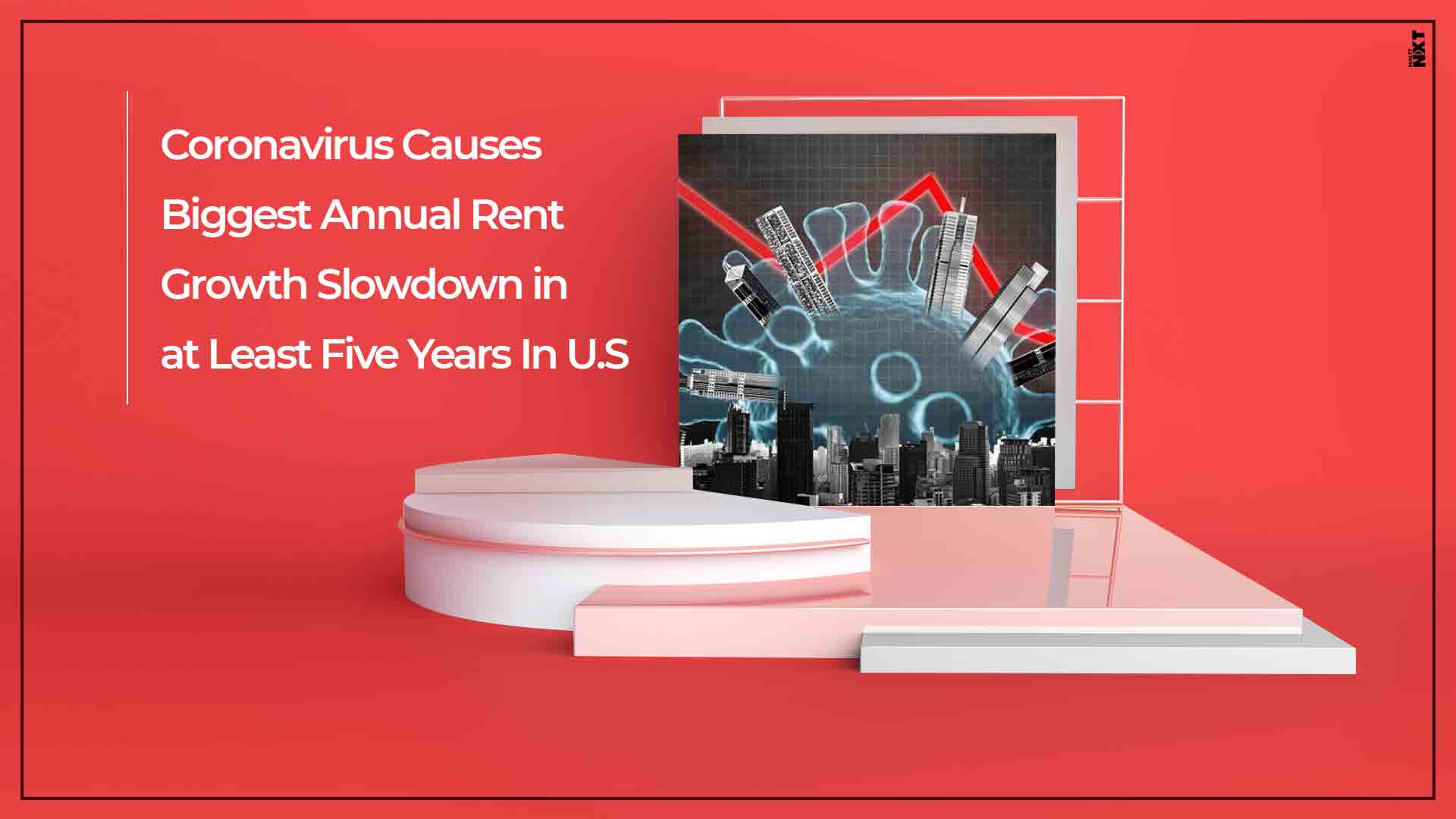 Rent prices slowed more than they had in at least five years when the coronavirus pandemic hit, according to the April Zillow® Real Estate Market Report.

But the for-sale market continues to heat up after a slower early April.

Rent prices had been chugging along at a remarkably stable pace since 2018, with the growth rate rarely rising or falling much from one month to the next. That changed in April, the first reading since the coronavirus pandemic struck the U.S.

The typical rent in the U.S. is $1,594, up 2.9% from a year ago, which is the slowest pace of annual growth since December 2017ii. Rents were growing 3.4% year over year in March, and that half a percentage point slowdown is the most dramatic since at least 2014.

Year-over-year rent price growth slowed from March to April in 33 of the 35 largest U.S. metros, with Columbus and Cleveland being the two exceptions. Rents outright fell from March in 16 large metros, and were flat in two others. The biggest drops were in Austin (down 1.1% month over month), Charlotte (down 0.7%), Baltimore (down 0.6%) and San Jose, Calif. (down 0.6%).

The rental market has been hit especially hard because those who are in jobs that faced the most layoffs and furloughs tend to be renters. They also tend to spend more of their monthly income on rent, which means they have less ability to save in case of emergencies.

The for-sale market continues to show momentum, though. Newly pending sales are up 13% week over week and nearly 50% month over month as of the seven days ending May 10. And they are higher than last year in four large metros — Cleveland (up 10% year over year), Cincinnati (up 3.8%), Houston (up 2%) and Dallas-Fort Worth (up 0.9%).

Home values continued their upward trajectory in April, with the typical U.S. home value growing 4.3% year over year to $250,492. The pace of yearly home value growth has now accelerated every month this year after slowing for 20 consecutive months beginning in spring 2018.

“The for-sale market continues to improve and seemingly has the bottom in the rearview mirror, but rent growth has slowed significantly,” said Skylar Olsen, senior principal economist at Zillow. “Housing was in a generally strong position before the pandemic, with low inventory and high prices shutting many would-be buyers out and creating unusually high demand for rentals. Rents soared, making it difficult for many to build emergency savings to tap into at a time like now. We’re seeing rents slow now as some people are no doubt pursuing more-affordable options such as moving back in with parents, moving to a less-expensive area or doubling up in instances where it can be done safely.”

New for-sale listings have turned the corner after a steep drop in early spring, now up 12.5% month over month as of the seven days ending May 10, but they remain down 27.6% from last year.

The relatively low, though improving, flow of new listings and the increasing rate of pending sales have caused total inventory to fall 20% below last year’s level. Improving buyer demand with such little choice is expected to keep pressure on home prices. Zillow’s most recent forecast shows an expected 2.7% fall in home prices from February to October.

Mortgage rates listed by third-party lenders on Zillow rose to a peak of 3.76% on April 6th, after starting the month at 3.63%. Rates reached their monthly low on April 29th at 3.41%. Zillow’s real-time mortgage rates are based on thousands of custom mortgage quotes submitted daily to anonymous borrowers on the Zillow Mortgages site by third-party lenders and reflect recent changes in the market.

*As of the seven days ending May 10

About Zillow
Zillow, the top real estate website in the U.S., is building an on-demand real estate experience. Whether selling, buying, renting or financing, customers can turn to Zillow’s businesses to find and get into their next home with speed, certainty and ease.

In addition to for-sale and rental listings, Zillow Offers buys and sells homes directly in dozens of markets across the country, allowing sellers control over their timeline. Zillow Home Loans, our affiliate lender, provides our customers with an easy option to get pre-approved and secure financing for their next home purchase.

Millions of people visit Zillow Group sites every month to start their home search, and now they can rely on Zillow to help them finish it — with the same confidence, ease and empowerment they’ve come to expect from real estate’s most trusted brand.

Launched in 2006, Zillow is owned and operated by Zillow Group, Inc. (NASDAQ:Z and ZG) and headquartered in Seattle.