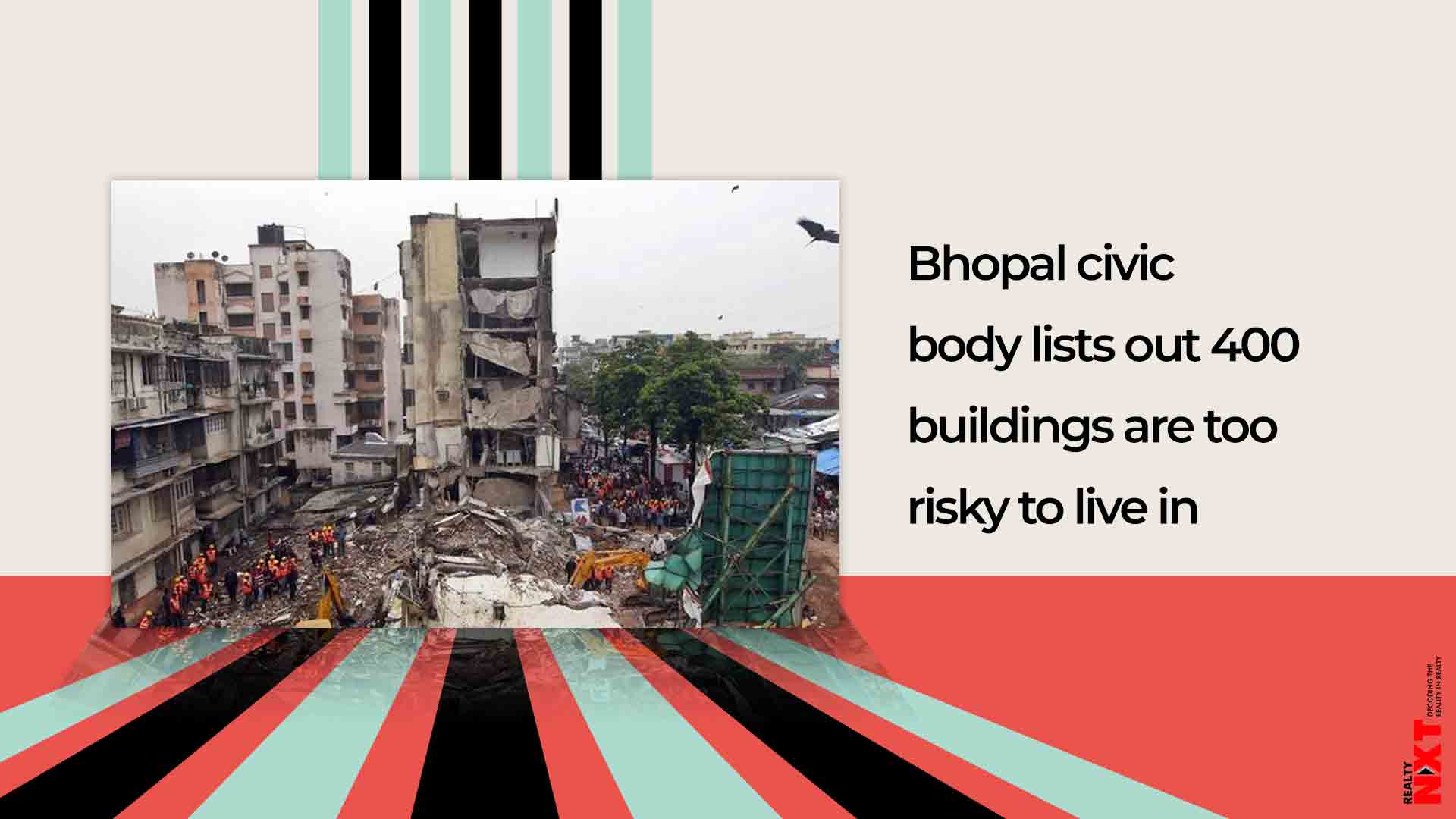 According to a Bhopal Municipal Corporation (BMC) official, most of these structures are privately owned.

Ahead of monsoon, the civic body has listed around 400 structures that pose risk of immediate collapse, while 150-plus structures are to be directed to carry out repairs.

According to a Bhopal Municipal Corporation (BMC) official, most of these structures are privately owned. Each year, the BMC comes out with a list of structures “too risky to live in” before the monsoon sets in.

According to BMC officials, this year, action is likely to be swift in many cases. Given the ongoing lockdown, the survey has been comprehensive and videography of some of the properties has been completed. However, any demolition cannot be initiated without the district administration’s approval.

Many of the structures which are dangerous are under litigation. The government can only step in when there is immediate danger to public safety.

There are an estimated 200 dilapidated or risky structures in the walled city area. The BMC is yet to complete the yearly exercise to embark on formal listing of dangerous structures. Notices to occupants are sent under two sections of the Nagar Nigam Act – 309 (needs urgent repair) and 310 (needs immediate evacuation, not repairable).

For now, the BMC has given additional time to some of the occupants to carry out the repairs. However, in the lockdown, the repair and maintenance work is going to be a challenge.

In June 2018, a two-storey building had collapsed in Lakherapura. Twelve people residing in the structure had a close shave when a portion of the nearly 100-year-old dilapidated house came down. In the same year, a building collapsed at the nearby Marwari Road. In August 2015, an elderly woman was killed after her house collapsed in Shahjahanabad area of Bhopal.