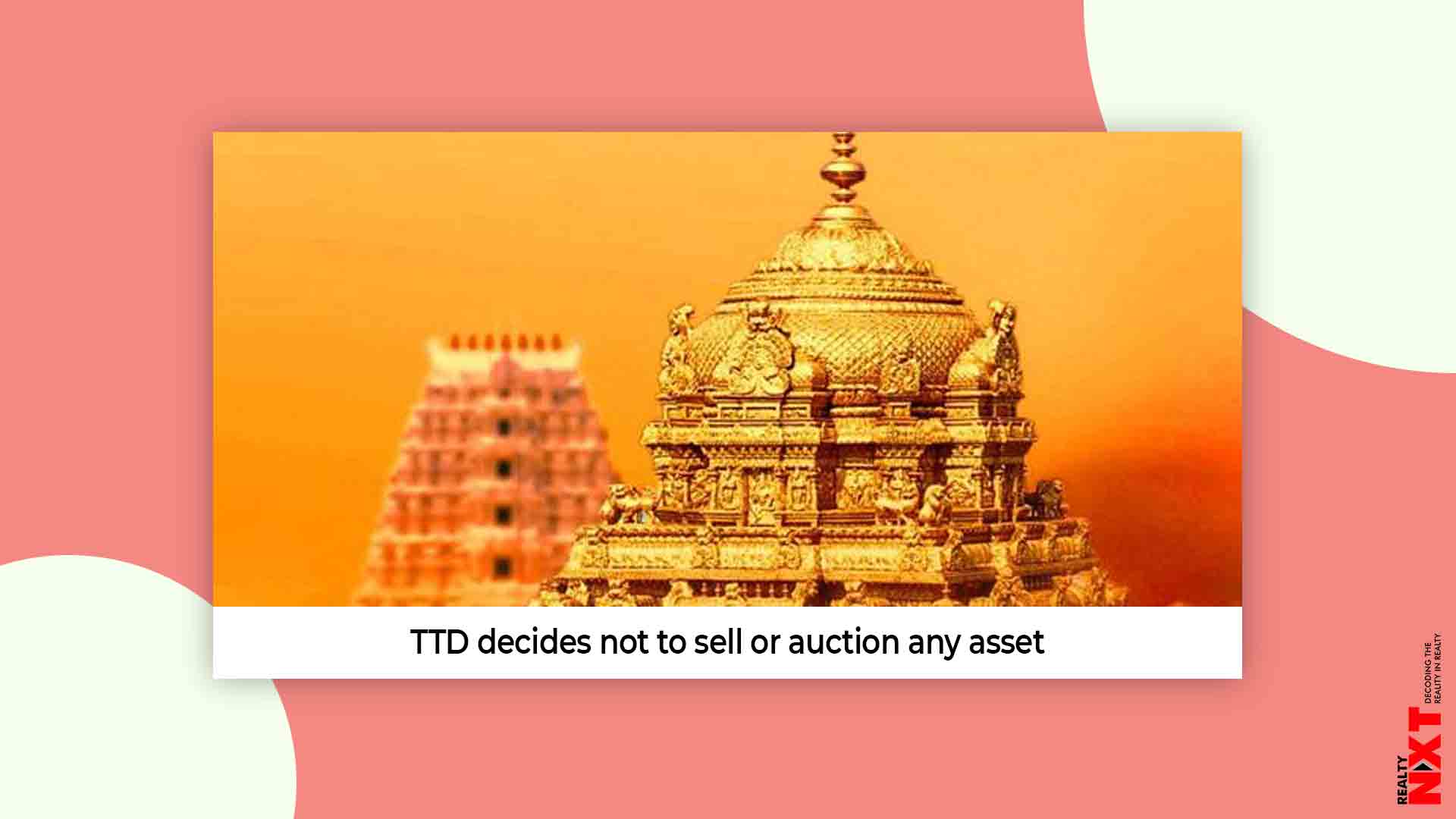 Facing a backlash for their recent decision to auction some properties in Tamil Nadu, authorities of the Sri Venkateswara temple on Thursday decided not to dispose of any property.

The Triumala Tirupati Devasthanam (TTD), which manages the affairs of the world’s richest Hindu temple, decided that hereafter none of the immovable properties donated by the devotees will be disposed of, TTD Chairman Y.V. Subba Reddy said.

The decision came after an uproar over its recent plan to auction 23 properties in four districts of Tamil Nadu and another 25 assets elsewhere in Andhra Pradesh and Rishikesh.

After a five-hour long first-ever video conference by the TTD Trust Board from Tirumala, Reddy told media persons that the board has also decided to soon set up a committee comprising officials, intellectuals, heads of Hindu religious institutions and devotees to study how to utilise such unviable and encroached properties so as to take appropriate action without hurting the sentiments of the devotees.

The TTD chairman said that to put an end to the uproar created by a section of media and some vested interests on social media over the sale of unviable, immovable assets which impacted the sentiments of the devotees, the Andhra Pradesh government had issued an order banning the sale of such assets.

“The current TTD board has therefore rescinded its decision on the immovable properties, though they were processed by the previous board of TTD,” Reddy said.

The board meeting also decided to write to the state government to constitute an investigation committee, either under the vigilance commission or any other body, and probe the entire episode to bring out actual facts.

Reddy said that TTD was fully geared to commence ‘darshan’ as soon as it gets permission from the government.