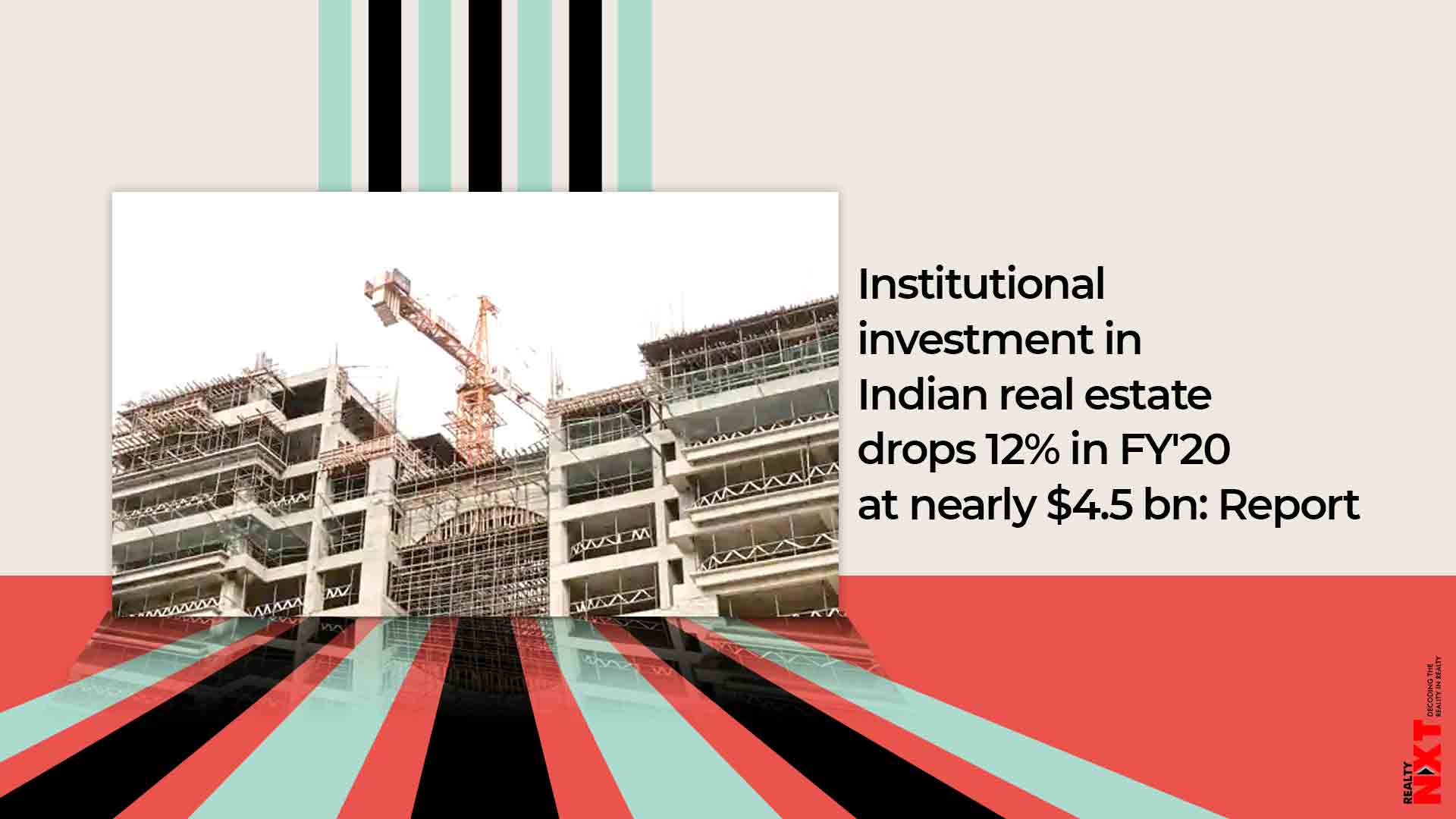 During the fourth quarter of the last fiscal, institutional investment in real estate dropped 44 percent to USD 727 million compared with the same period of the previous financial year.

“The fiscal year 2020 saw a total institutional investment of USD 4,480 million. This depicted a decline of 12 percent when compared with the quantum of investment in the previous year fiscal year 2019,” Vestian said in the report.

During the fourth quarter of the last fiscal, institutional investment in real estate dropped 44 percent to USD 727 million compared with the same period of the previous financial year.

The financial year 2019-20 observed the lowest quantum of investment in five years, it said.

The consultant attributed this decline “largely to the tight economic situation during the year and the uncertainty brought forth by the COVID-19 crisis in the last quarter of the year”.

Across geographies, Mumbai, Bengaluru and Pune cumulatively accounted for nearly 90 percent of the total investment in real estate in fiscal year 2020. Mumbai led with 42 percent share, followed by Bengaluru with 37 percent share.

Majority of the investment in fiscal year 2020 was led by investors from the US, Singapore, Hong Kong and Japan. The US-based institutional investors accounted for 67 percent share of the total investment, the report said.

On the possible impact of the COVID-19 crisis on the Indian real estate, the consultant said the commercial segment would remain subdued for the next 2-3 quarters while the residential segment could take a longer period of time to revive.

“With a number of risk factors arising in the real estate industry such as extended timelines of construction/project completions due to lack of labour availability, impact on sales and the long wait for approvals, PE and other institutional funds would be cautious in choosing the developers and projects for funding,” the report said.

US-based PE firms, that have led investments in Indian real estate in the past five years, may tighten their purse strings amid the COVID-19 outbreak, it added.

With increased risk in the sector, the funds that were available at 15 -17 percent are expected to cost 18-20 percent depending on the project attributes.Vestian, which has a presence in the Indian market, said that investors would target over 20 percent return on their investments.