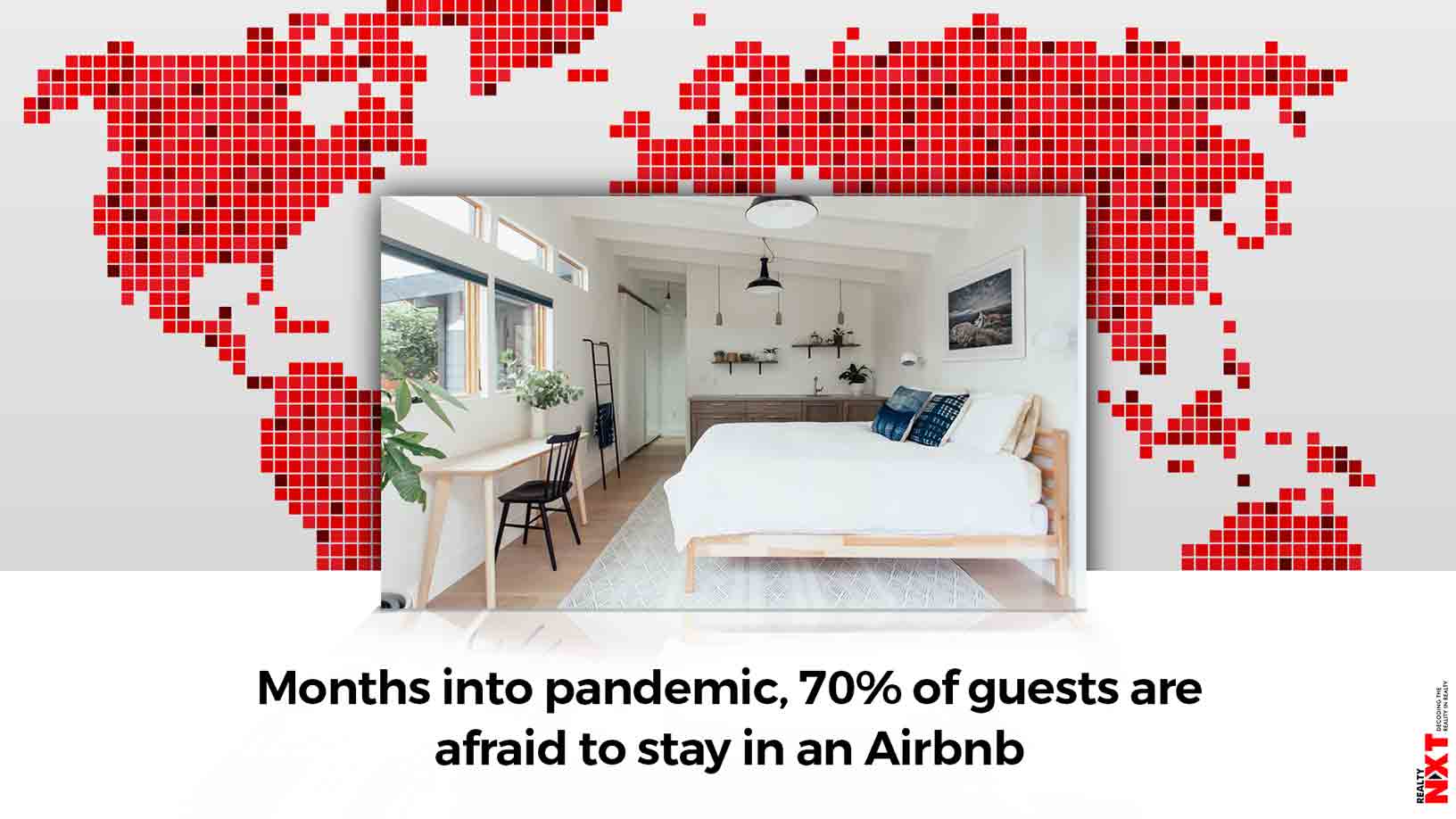 Additionally, nearly half of Airbnb hosts reported that they don’t currently feel safe renting out properties, according to a survey by IPX1031

A whopping 70 percent of Airbnb guests are afraid to rent or stay in an Airbnb right now, according to a recent survey conducted by IPX1031, a full-service Qualified Intermediary. Furthermore, many guests may not be ready to reserve through Airbnb for several months still — until the summer, until social distancing protocols end or until a COVID-19 vaccine is available.

The trepidation surrounding the use of shared rentals during the coronavirus pandemic goes both ways, though — 47 percent of Airbnb hosts also reported they don’t feel safe renting out properties to guests at this time.

IPX1031 gathered data for this study by surveying over 500 Airbnb guests and hosts between May 1 and May 13. The average age of hosts was 36, and the average age of guests was 33. Thirty-one percent of hosts surveyed hosted on Airbnb full-time, while 69 percent hosted part-time.

Airbnb has faced significant drops in revenue since the COVID-19 outbreak first hit the U.S., resulting in the company’s recent acquisition of $1 billion in debt and equity funding from Silver Lake and Sixth Street Partners, as well as the announcement of layoffs of 25 percent of the company’s workforce.

Individual Airbnb hosts have lost significant sums of revenue in the pandemic’s wake, too: Hosts have lost an average of $4,036 since the pandemic broke out stateside. They don’t anticipate revenue declines to stop soon either — from the months of June to August, hosts anticipate about a 44 percent drop in revenue.

As a result of loss of revenue, 41 percent of hosts have buffered their income by getting another job or revenue stream while Airbnb business remains slow.

In response to decreased traffic in bookings, hosts have dropped daily rates by an average of $90. Some hosts have also decided to list their Airbnb properties on the long-term rental market or to sell them entirely.

However, 45 percent of hosts contend that they won’t be able to keep up with operating costs of their Airbnb if the pandemic extends beyond another six months.

The majority of Airbnb guests surveyed — 64 percent — said they have already canceled or will need to cancel an Airbnb reservation as a result of the pandemic. A significant number of guests (43 percent) reported that it wasn’t easy to get a refund for a canceled booking.

Overall, spring reservations have been the hardest hit by cancellations thus far. Forty-nine percent of survey respondents stated that they canceled a reservation during the months of March, April and May.

Although Airbnb traffic will likely remain slow in upcoming months as some form of economic restrictions remain in place for many parts of the country, 37 percent of hosts remain optimistic and believe that more guests will return to making reservations come this fall.