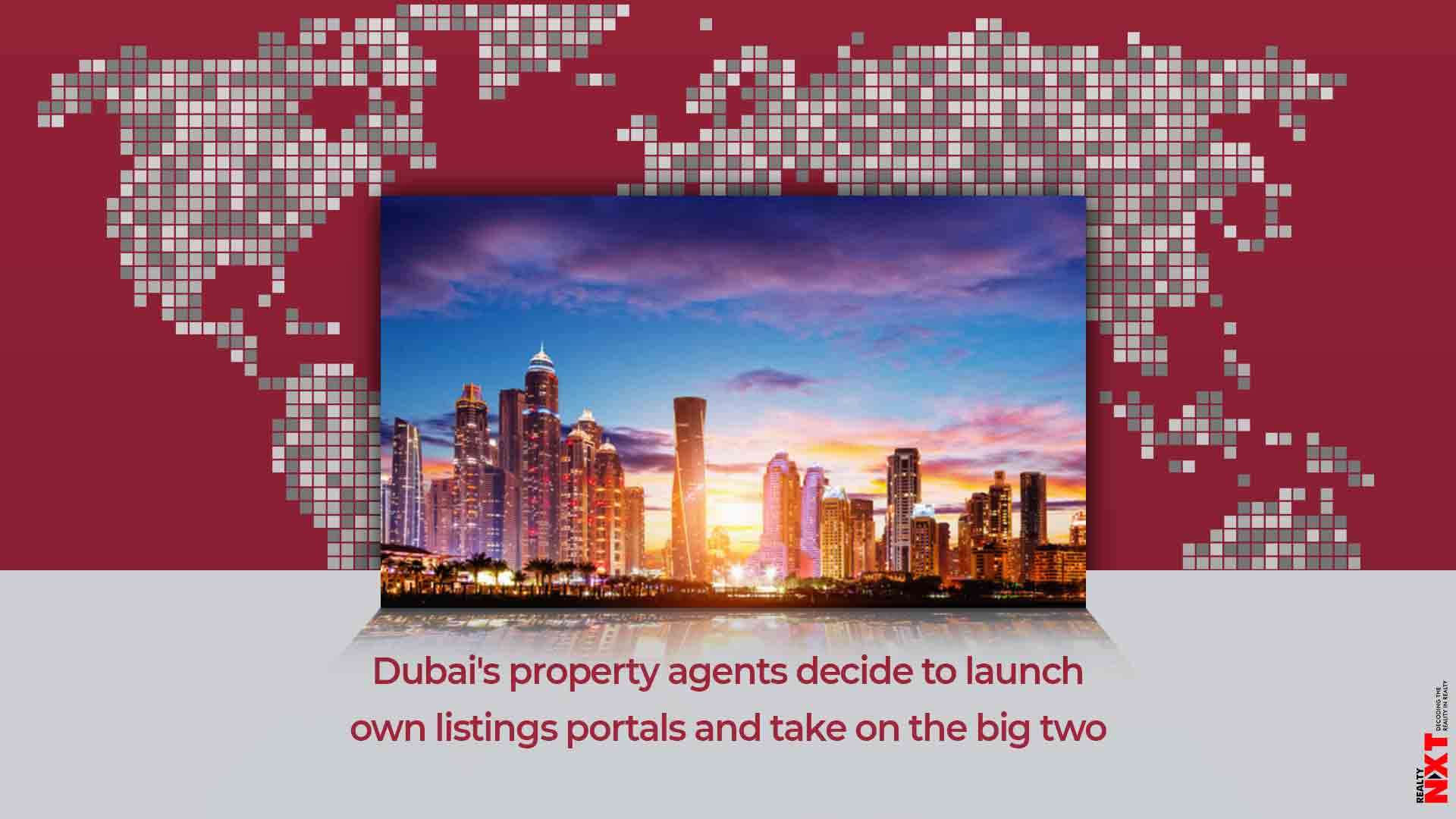 Real estate agencies in Dubai have revived plans to launch their own jointly-owned property listings portals and apps and take on the dominance of Bayut and Property Finder.

Plans are to launch two such portals owned and operated by brokers, as they search for ways to revive buying activity in the local property market. “Even if only one portal goes live, it will offer an option to try and break the dominance of the market leaders,” said a broker who is leading the efforts to launch the new portal.

“It’s a new reality that Dubai’s property market is dealing with because of COVID-19, and the cost of property listings should reflect that. Our portal will offer registered property agents in Dubai that option.

“The current market duopoly on listings should be broken.”

A date for the new launches has not been confirmed. It could also be that only one of the planned ventures would eventually go live.

Gaining a bit of momentum

There are around 13 agencies in both groups “who like the idea” of having their own versions. More so after the acrimony that erupted as brokers tried to persuade leading property portals to revise their ad tariffs after COVID-19 struck buying activity.

In between, several of the leading property brokers had decided to ditch all their listings on Property Finder – but negotiations helped hammer out some sort of deal.

Even then, “It’s a fact that advertising fees on the dominant property portals have gone up by 20 times in the past 10 years,” said Firas Al Msaddi, CEO of fam Properties. “It is indeed very expensive… especially in the light of today’s market challenges.

“As and when they launch, the two new agency-owned real estate portals would definitely reduce marketing costs for agents.

“I think this idea has been incubated for a year waiting for the right moment to launch. In fact, there were different attempts in the past that did not take off the ground.”

In the last five years, the UAE’s property listings have consolidated around the two top-ranked portals. Other portals have tried to break into that dominance, but with mixed results.

Then difference now is that brokers themselves are coming as a collective to take on the market leaders. If they can convince more agencies – and their listings – to join them, they stand a good chance.

Plus, once the market recovers after the COVID-19 assault, it would create opportunities for a digital-led transformation in the way homes are sold or rented in Dubai/UAE. Already, there are a couple of newly launched apps – such as Urban from Rashid Al Ghurair – that are clocking steady progress in changing peoples’ mindsets on renting properties in Dubai.

But how quickly can any new portal build up scale and prominence to vie for buyers’ attention? It could be some time before the market shows a revival in activity, whether it’s on the buying side or developers/investors launching or selling units.

Some deals are still going through, especially on the super-premium end of the property market. But for an across-the-board recovery, more time will be needed. (But some in the listings business still come out with their rosy forecasts of “record” number of deals continuing to happen. Trouble is no one else is thinking along those lines.)

It is into such an environment that the new portals would be stepping in. The initial going could be exceptionally tough, but the main promoters say they are in for the long haul.

According to Al Msaddi, “We expect them to start by offering free packages for those agents wanting to list their properties. However, it is more about being able to get unique content on the new portal that will pull listings from the main portals.

“Even the main portals of today started with free of charge offers with the aim to get quality listings.”

On the face of it, combining their resources would be the most obvious way for brokers to get through a tough market environment. Between 2012-2016, there had been a few instances when agencies went in for alliances – but most fell apart after the initial hype. According to a source who was part of one such venture, “Egos had a way of tripping up the best plans – plus, it’s extremely difficult for brokers to “share” their leads.”

This time will be different

Sources insist that all those involved in launching the new portals are realistic about their chances. “All those involved have a direct stake in the venture – each of us understands the need to have access to listings’ sites that do not break our backs with ad tariffs,” said one agent.

No such thing as exclusive deals

Even with their own listing portals, agencies will continue to feature their portfolio of properties across websites, including the current dominant players.

“I do not think they can afford not to, because if there are no leads being generated and no marketing support, their individual brokers will leave those agencies and go to agencies that are on good terms with the dominant portals,” said Al Msaddi. “Yet, for any of the new portals to take off, they need to have unique content, which means pulling out from the main portals, sooner or later.”

That would be the crunch moment… for the new portals on the block as well as the two dominant ones of today.