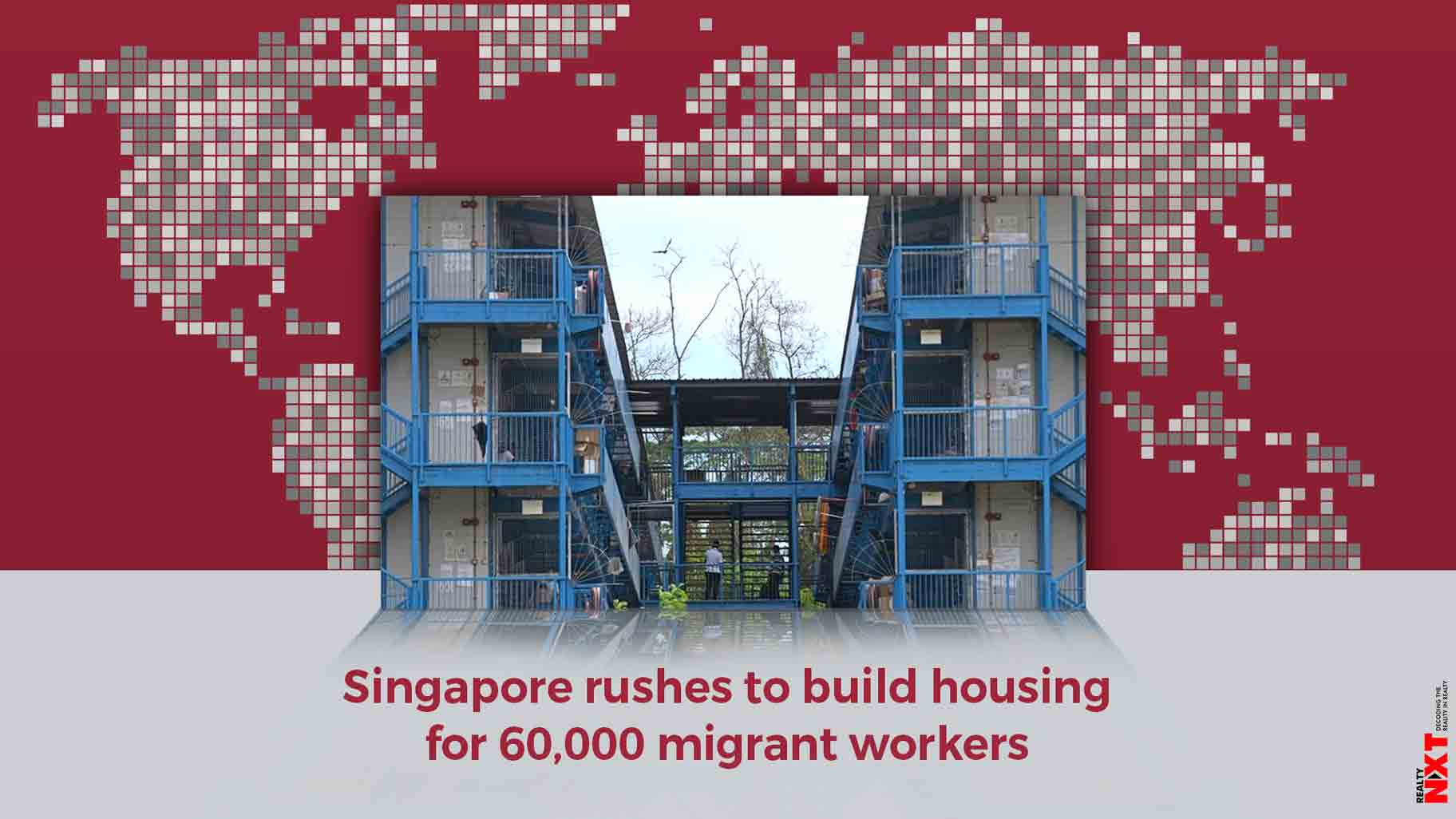 Singapore will create additional space through temporary structures that can be put together quickly in a modular form.

The Singapore government is racing to create additional housing for about 60,000 migrant workers by the end of this year, as it seeks to reduce the density in dormitories which have seen mass outbreaks of the coronavirus infection.

The nation of 5.7 million people has more than 35,000 cases, one of the largest numbers in Asia, largely due to infections in cramped, bunk-bed accommodation that house more than 300,000 mostly South Asian workers.

Singapore will create additional space through temporary structures that can be put together quickly in a modular form.

It will also temporarily fit out unused state properties, such as former schools and vacant factories, the ministries of manpower and national development said on Monday.

The government said dormitories were a practical approach to housing migrant workers in land-scarce Singapore, but it was looking to improve accommodation standards.

It is testing new standards, including increased living space per resident, decreasing bed numbers in each room and reducing how many people would share a toilet and bathroom.

Over the longer term, it is planning to build new permanent dormitories to house up to 100,000 workers, which would take several years to complete. About 11 such dormitories will be ready over the next one to two years.

The government is also studying the possibility of building and leasing out these dormitories. Presently, commercial operators build and operate them.

Around 40,000 migrant labourers, many of whom have been moved out of dormitories into alternative accommodation, have been cleared to resume work. Around half of those had been infected and recovered from the disease.